I don’t know if there is a proper way to open a post for the adventures I have had in the past number of weeks.

I happen to be dating a young man that is just as accident and incident prone as I am. When you add the two of us together, it is literally borderline lethal.

The following are a few incidents of two spontaneous, adventurous and extroverted people traveling Europe together. Because there are so many, I am breaking them up into a few posts. 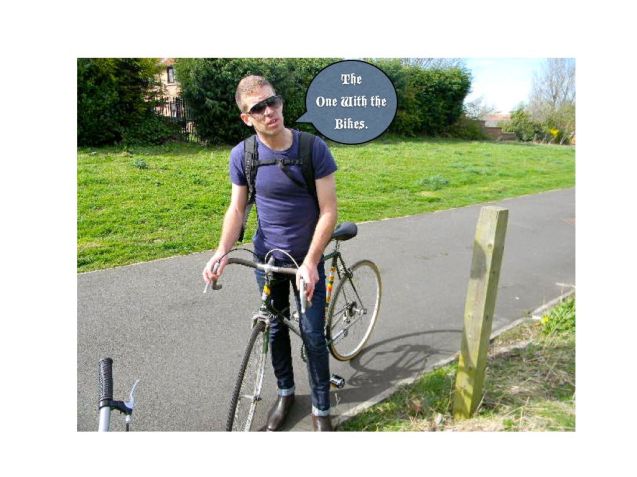 One thing about Jesse is that he loves biking. You had to know I would end up with someone who is into long distance competitive events, but his personal form of insanity is road racing, not marathon running. He is currently training for a 24 hour race this summer and felt the need to stay on track with his training while he was visiting me. 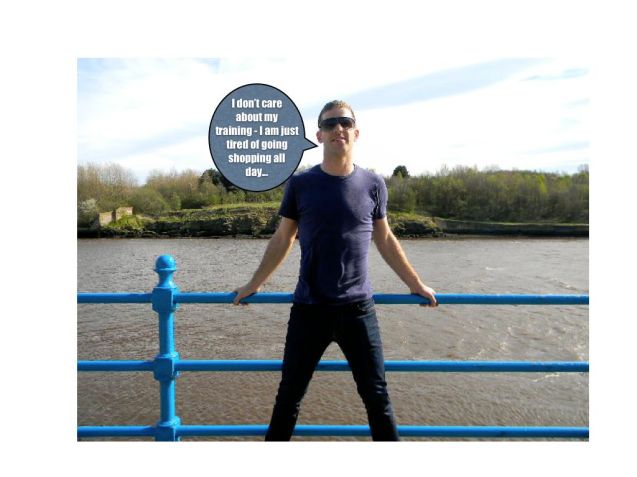 We literally spent a day and a half searching down a bike rental place. We ended up (true to form) in the most unusual place. It was a run down town (conveniently named Byker) and we were on the fringe of the neighborhood in the industrial section. The company itself was under a bridge and the bike repair men always seemed to be on break.

Jesse was stoked. He kept darting around exclaiming about what treasures some of the bikes were. I just saw old bikes, but I took his word for it. 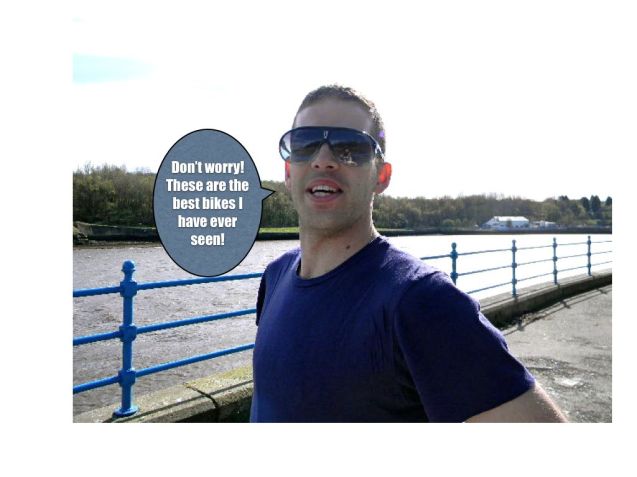 We were informed they did not rent bikes –  We needed to buy them and then return them for a fee. So we went to the nearest cash machine and took out a painful amount of money to make the bikes ours. 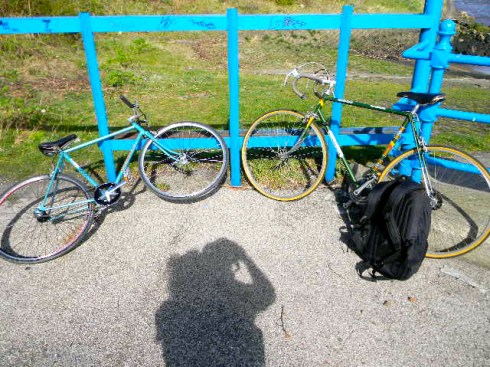 We loaded up the backpack with locks, repair kits and water and rode away from the bridge.

And then realized we had no idea where the bike paths were.

We rode around for about an hour and we found one that was no where near the direction we were wanting to go. But you better believe we took it.

We stopped occasionally to exclaim about scenery or take pictures of cranes that Jesse found riveting. 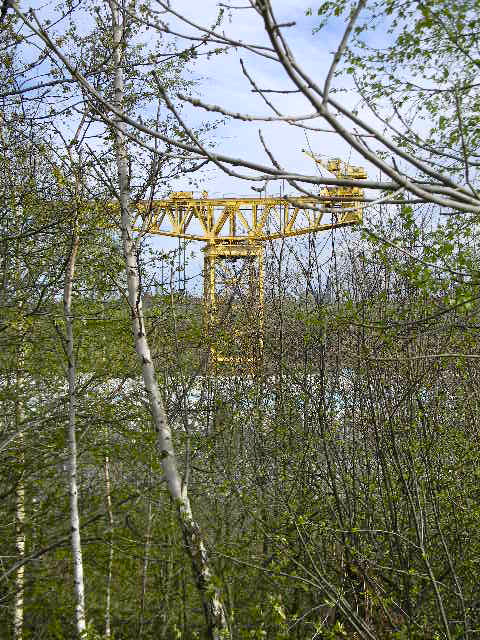 Look! It is like a crane on top of a crane!

Unfortunately my picture taking skills could not match his level of enthusiasm.

We eventually arrived in North Sheilds and got some food. By this time, we were tired and it was getting dark. I told him we needed to go to Tynemouth to see the coast because it was my favourite place in Newcastle and THEN we could go back home.

He obliged. (As if he had a choice..) and made the proper exclamations that are expected for visiting a pretty place your girl friend likes. 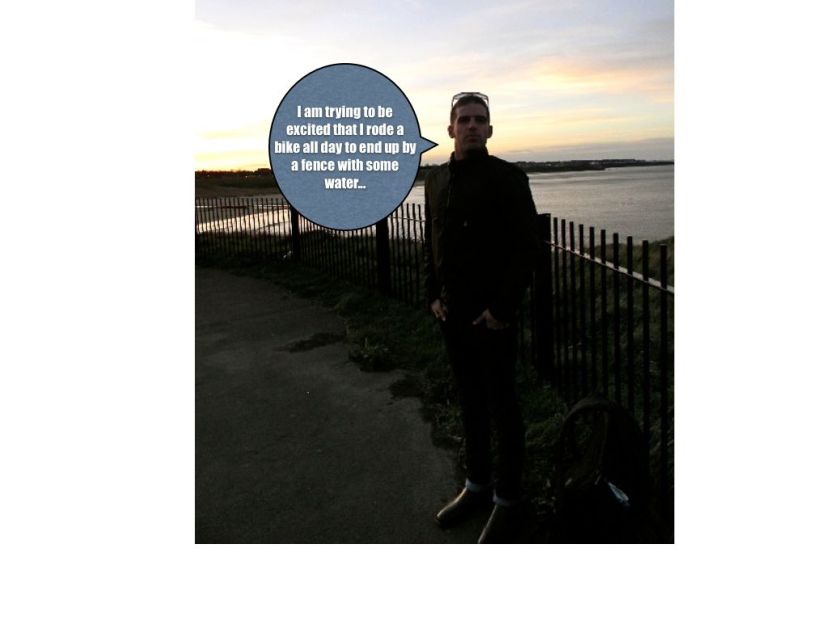 We stood at the bus stop with our bikes for 30 minutes. By this time it was pitch black and we were more than ready go get back to the house, especially Jesse because he was still jet lagged.

The bus finally arrived and we began to enter when we were sternly informed that we were not allowed to take our bikes on the bus.

We stepped out and blinked at each other for a while. It was a 45 minute bus ride home and I had no idea how to get there without a bus.

We bravely mounted our bikes and found highway signs. The entire ride back had a headwind and we rode as hard as we could on a pathetically small path by highway traffic. It was at this point I realized why I have been so faithful with spin classes as I attempted to keep up with Jesse.

We arrived home an hour later, stowed our new bikes in the living room and Jesse informed we were not cooking. So we jumped on a bus and wandered around the city until we arrived at the most perfect place I have ever eaten at.

I didn’t get the name, but I am never forgetting the day we bought bikes just so we could ride on a highway at night.