chasing the footprints of those better than me.

Happy Monday, one and all! I hope your weekend was as relaxing as mine. I spent as much time as possible outside, soaking up that amazing sun!

On Friday, I hinted that I went shopping for a something that I had been waiting for over a year for. 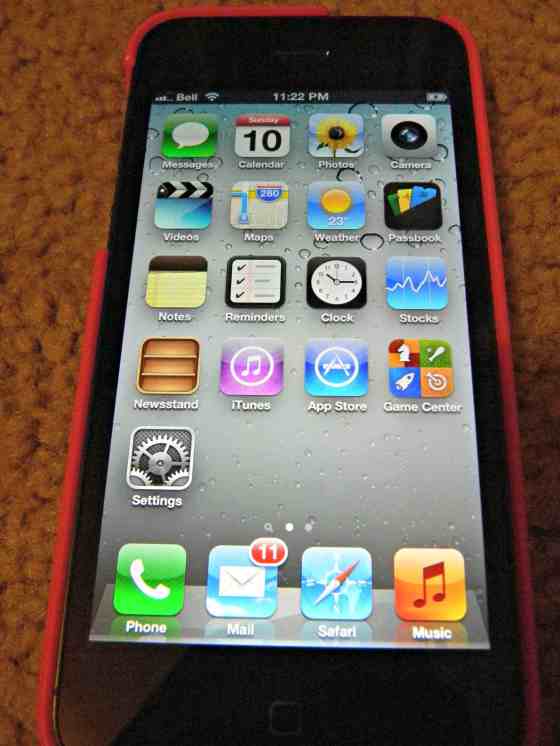 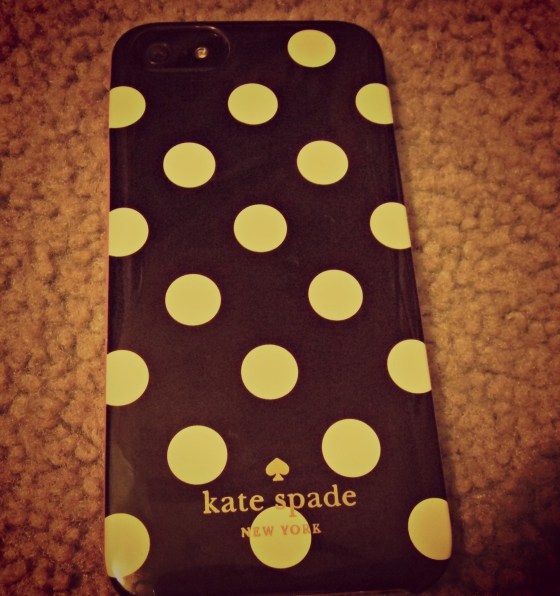 Which means I am now on instagram! It is a whole, new world of filters, friends and selfies. I kid. Self portraits are one of my least favourite things in the world. So on the off chance that I need to perform them, I will try to do them as creatively as possible. 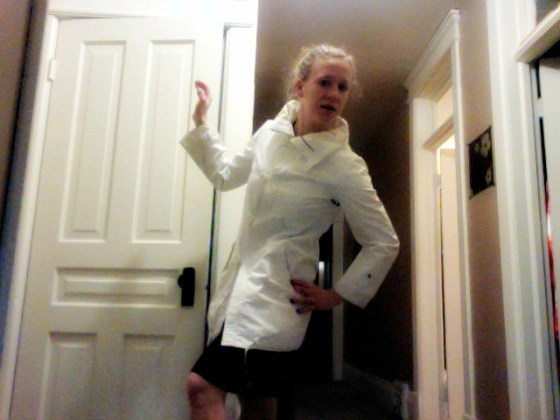 The very first picture I put up on Instagram was this lovely piece: 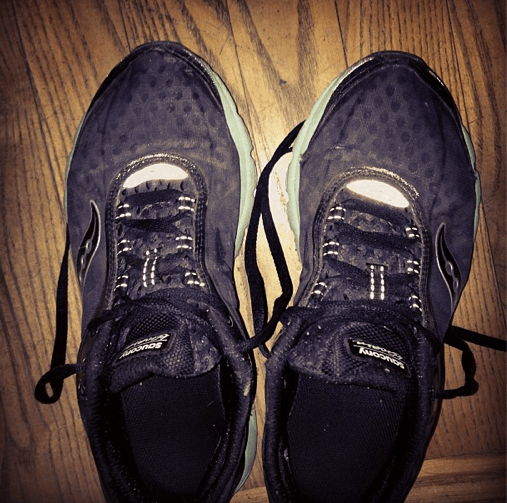 Now. I promise that I will be more creative in the future than putting my mud caked, sweaty runners online for the entire world to see, but I truly felt as if it were myself or the shoe. So really, you all won. And I was so excited about the fact that I went on a long run on the most beautiful day in 2013.

I thought I would take this opportunity to use this seamless leeway to tell you another running story. A good one that is at the foundation of why I run. It is wrapped up in a single person who is fuelled by foreign beers and anger.

My father has a long time employee, we will call him George, that keeps to himself except to utter a few sarcastic tones and is generally not thrilled with people as a rule. However, if you want him to talk, ask him about running.

George has a way of deflating your best stories with a single word. I remember in high school when I was winning cross country races, I would go to him and tell him I ran 5 KM in less than 19 minutes. Without missing a beat, he would throw back at me: Run an ultra-marathon and let me know if you are good then.

Don’t get me wrong. It wasn’t just as easy as just strapping on shoes and running. You had to join a club first. George invited me out to a trail running group that met every Tuesday night and introduced me to his friends, and then told me to run with another group.

So I did. I found the most advanced group, who were winning ultra marathons around the region and I kept up, even if it meant returning to my car with blood and mud on my legs and either the taste of blood or vomit in my throat. (I am such a lady).

And I kept running until I fell in love with it.

George still talks to me when he sees me. Rushing over quickly to tell me about the latest race and checking in to make sure I am still running. He is over 60 and runs at least an ultra marathon a month in racing season. Beyond his crusty exterior, I found he has become fond of me, and what’s more – proud. He has invited me to his house to celebrate race victory parties, to train with him before a long race and has even let me sub in for him on a 30 km race for free.

Despite trying other sports, in a very strange and inexplicable way, running is like coming home every spring. Long winter months of fitness instruction and the odd foray into the icy weather to gingerly scamper over snow banks make me forget the pure joy of just running hard and fast until your breathing syncs with your foot  falls and your brain becomes quiet and it is just you and the road and maybe some birds for miles and miles and miles.

Sometimes I break my quiet runs to chase those who are better than me, to remind myself how far I have to go. But no matter how far he finishes behind me, I always can count on George to tell me that I would have been that much better if I would have ran straighter, had newer running shoes, or had been on the trails one more day a week.

And I love it. Because it was his dissatisfaction with my 5 KM that made me think I could do 50 KM. And why I am in the midst of planning to make it 50 miles. Sometimes overt pride from people suggests that your accomplishment is the best you can do, and I love that there is someone who always will have something I could have done better.

No matter how old I am or whether George is always in my life, I will always have his crusty voice telling me what I am doing wrong and how I could be doing it better which keeps me running. Running after perfection. Running after the finish line. And mostly, running for the sheer beauty of running.

Who inspires you in the things you are passionate about?