Half Marathon: The Endurrun – Stage 1 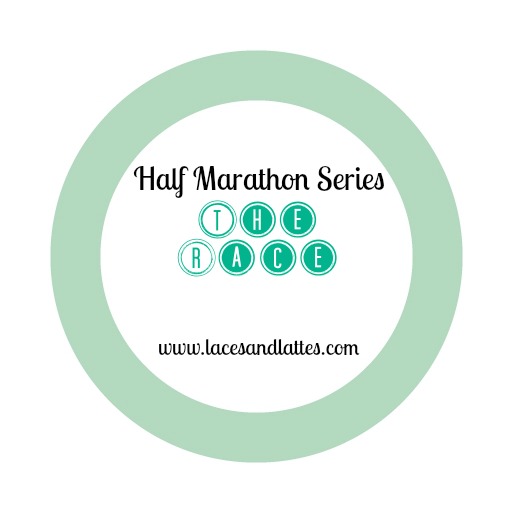 Ok. So we have looked at what to expect while preparing for a half marathon, but what happens the morning of the race when your alarm goes off and it is GO TIME?

I have decided to frame the discussion around a race that I did last weekend, Stage 1 of the Endurrun. Although large races have their place, there is such an overwhelming charm to a race that holds the pre-event meeting at the director’s house and the post-race food includes homemade vegan scalped sweet potatoes and bread made from scratch. The races that I ferret out are smaller, as unique as possible and allow you to find your race pace without tripping over those around you.

The first thing that I do is EAT. You want to have a good meal at least 2 hours before the start line. I made a huge mistake this past weekend and had a paltry amount for breakfast which resulted in me CRASHING at 16 km and losing my hard-earned pace. Don’t do what I do. Some of the best foods to eat the morning of are Simply bars for their great combo of protein and carbs, a bagel with peanut butter or any other more processed carb with protein for easy digestion. Again – don’t try anything new. Stick to foods that you have run with before. Foods I try to avoid are anything high in fibre (don’t make me explain this), fat, dairy or anything else that will cause discomfort for your digestive system. I like to take it down with a Vega preworkout energizer, or as I like to call it, rocket fuel.

Literally all the energy with out the crash. 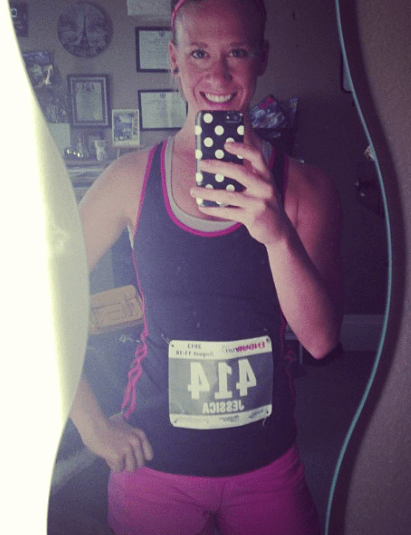 Posted this picture on my Instagram, just before heading to the race. Wavy mirror selfie. Keeping it classy at 6 am.

I collect my things and head to the race with a good extra hour for a small race and more for a larger race. This gives me time to find my corral, warm up, and find a spot for my things. It is also nice to have a calm morning to keep you in the right mental space. 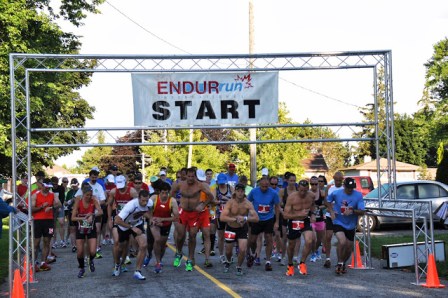 When the gun goes off, I tend to just let my body take over and use the energy of the crowd to push me along. I am often tempted to go out too quickly. My advice is to have a pace in mind to help you reach your goal and to not go past it. You do not want to burn out too quickly.

Focus on proper form and make sure you drink at every water station. Most races will give out gels as well and I try to have one at the half way point, and I certainly needed it this weekend! 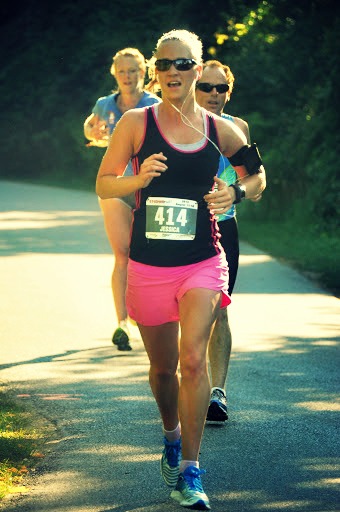 If you hit a wall, which is basically your body saying it doesn’t want to run anymore, you can either turn in your chip and duck out, but because you are a runner, you most likely won’t. What I did was focus on the fact that my legs were still fresh and it was just my nutrition levels and kept pushing on, sucking down gatorade when I reached aid stations and trying to be as efficient as possible.

What causes a runner to “hit the wall?” Basically, your liver and muscles are depleted of glycogen stores and you are hit with a sudden lack of energy and fatigue. This normally occurs in longer races, but I didn’t eat much the morning of, had not been carb loading and did not taper for the race as I was supposed to be using it as a training run. Psh…like that would ever happen.

I was hoping for a sub 1:30, but with a combination of my poor nutrition choices in the morning and the unexpectedly hilly course, I ended up finishing just so sub-1:40…

I rushed to the aid station and grabbed gatorade and ate some freshly baked bread that was waiting for racers at the finish line. I then went through my post-race routine (but more on that on Friday..) In the mean time, this is a fabulous article I found on race nutrition.

What can go wrong during a race? So we already looked at crashing, bonking, dying or whatever you want to call it and starting too quickly. A few other things are not hydrating enough – make sure you drink water at every rest station or carry a pack, belt or bottle with you to sip often. 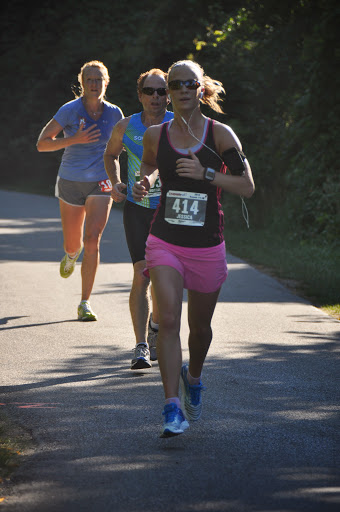 PAIN. Sometimes there will be an injury flare up or an unexpected pain. Pay attention to it and try to monitor if it is just muscle fatigue or soreness or if it is a severe injury. My rule of thumb is that if it is severely altering my gait and the pain is unbearable, I duck out of the race. It is never worth being off training for month due to an injury.

What is the worst thing that happened to you in a race? How did you deal with it?