This past Sunday, I raced the Scotiabank Waterfront Marathon with a goal of qualifying for Boston.

It was my first marathon so I felt like I was winging it, but I listened to my coach, did a bit of research and listened to my body. The night before the race, I met up with my wonderful friend who lives in Toronto and we chatted while I carb loaded for the next day! 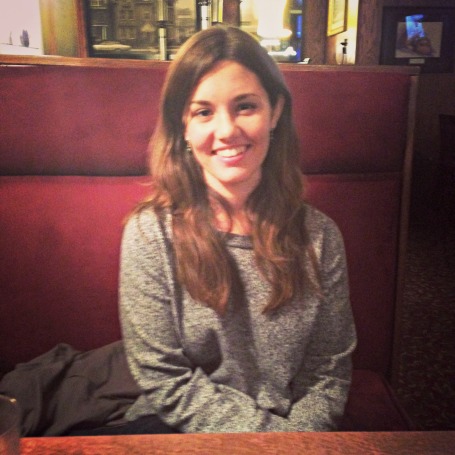 Before bed, I laid out everything for the next morning and tried to get to bed at a decent time. 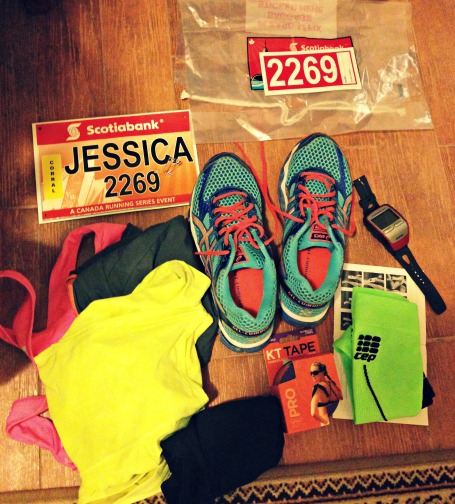 The next morning, I woke up and headed to the race start. I had a few things working against me from public transit, to bag check, to the washroom line, but long story short, I made it to my corral with 40 seconds before my wave left. The only problem was, I started back at the 3:45 marathon time which meant the clock read 8:45 minutes in before I could even start running. With my sore achilles, I knew it would be a long shot for me to qualify unless I could catch up to my wave.

I pushed hard at the beginning, running the first 10 km at a 4:30/km pace to catch up to my group. By the time I made it, I slowed down a bit and enjoyed the run until about 28 km when I started feeling my right knee and left achilles. And they were SERIOUS. I slowed down to a 4:50/km, telling myself I can run as slow as I needed, but I just couldn’t run slower than a 5:00/km. By around 32 km, I was in enough pain that my vision was a bit blurry and I was certain that I would hit a wall, but I had carefully planned out my gel intake and I managed to break through, but the last 10 km were hard. 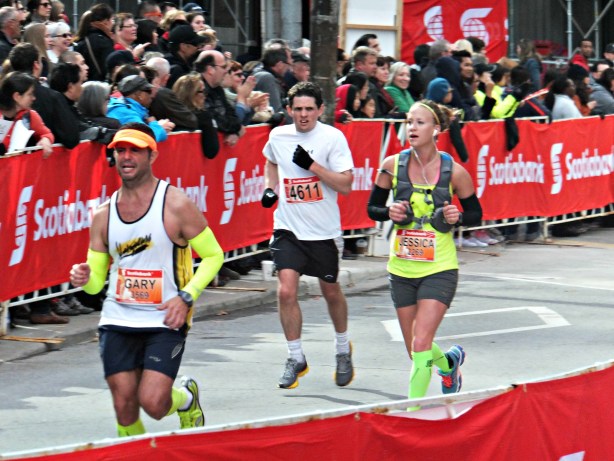 I crossed the finish line with a 3:28:04 reading on my garmin but I am still waiting on the official stats. Regardless, it was fast enough for my qualifying time and I was happy to have met this mile stone on my first marathon. 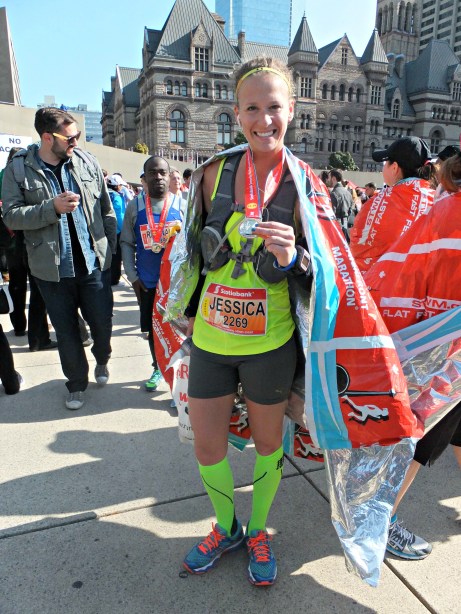 Pace: It will be easier for me to pace myself at my next marathon, but for this one, I knew I was injured and I tried to place it safe and ran what I felt my body was ready for as long as I stayed until 5:00/km. My next marathon, I want to run a sub-3:20, so it is back to the drawing board and working with my coach to make me faster and stronger than ever!

The footwear: CEP Compression had my back when they heard I would be running injured. They set me up with those lime green beauties and I will be doing a more extensive review on them and compression gear benefits for racing on Monday. Never the less, they felt fab and were a great distinguishing factor for friends and family to find me in the crowd. 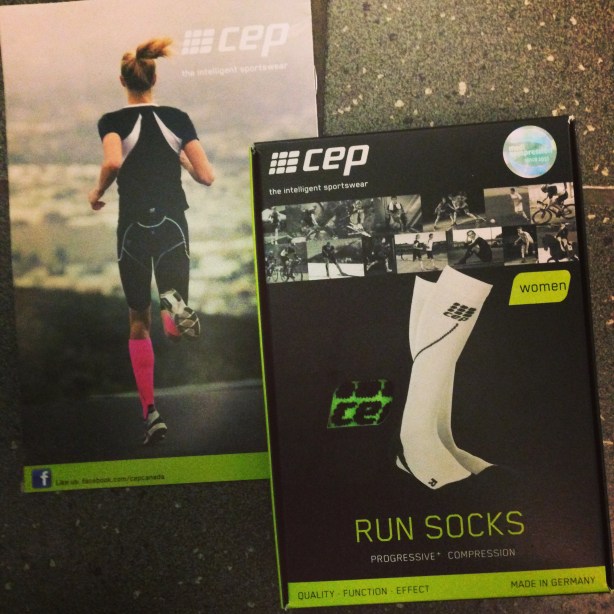 I ran in Asics which have been my new long distance loves, especially on joint pounding pavement. They were awesome and between my shoes and my socks, I remained blister-free with all my toenails intact!

Clothing –  I knew that it would be a chilly start with the weather warming up as the morning progressed, so I opted for arm warmers over a sweater. This worked like a charm and other than a few teeth chattering moments at the beginning of the race, I was comfortable and we had wonderful weather for the race, compared to the rainy day before.

Nutrition – I handpicked some of my favourite gels for this race, with 2 Roctane gels which are caffeine turbo charging miracles. I took a gel 15 minutes before the race began, one at 10 km, one at 20, and ate a gel slowly between 28-32 km when I accidentally dropped it because my body decided fine motor skills were no longer necessary.

For breakfast, I had 2 pieces of gluten free toast with peanut butter and a bottle of gatorade. I had absolutely no digestive issues over the race, but I have a stomach of steel and have taken a long run after a 4 course meal, so I may not be the best judge of these things…

Hydration: I wore my trusty hydration pack from Ultimate Direction. I love this silly pack so much and I filled it to the brim with my iPhone, GU gels and 2 litres of water and I still felt like I had nothing on my back. I didn’t stop at water stations (what? I had places to go!) but I sipped every km or so from my pack because that is how I trained – with an almost ridiculously steady stream of hydration. The poor thing is a filthy, sweat crusted mess as I wore it afterwards through the streets of Toronto to get coffee. I even had a small girl ask her parents:” Why is that lady wearing a backpack?” 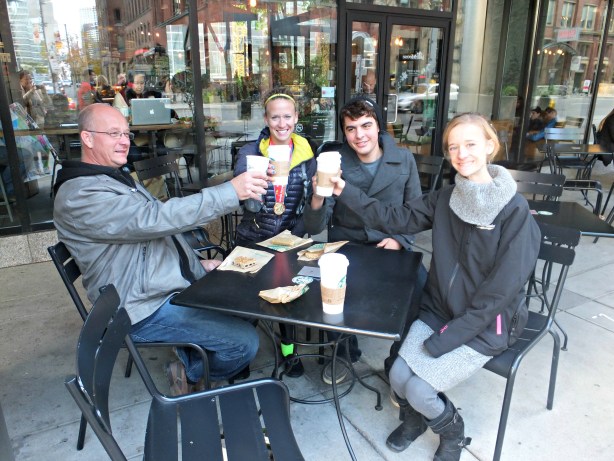 I was so touched that my family came to support me at the finish line. They have seen me give up family time , tv time, basically all my time to train in all kinds of weather, so it meant as much to them as it did to me. 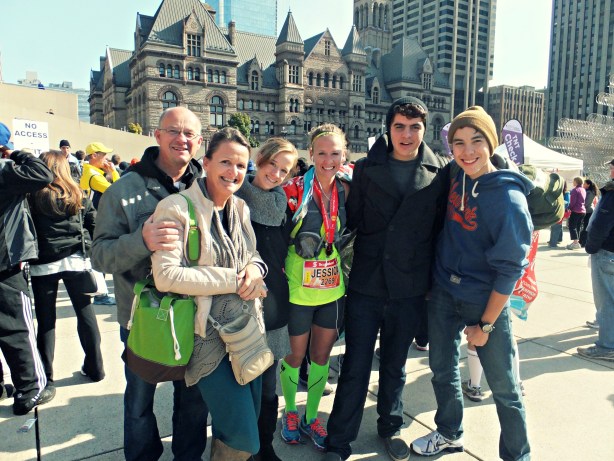 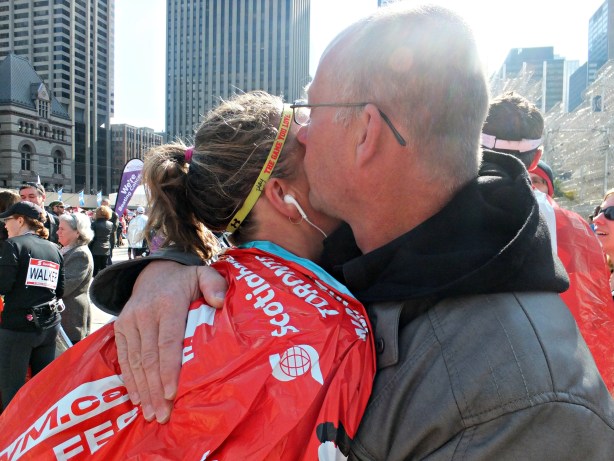 After all the celebrating was done, I asked, “What am I going to talk about now?”

They laughed for a while, and then someone said, “Boston.” 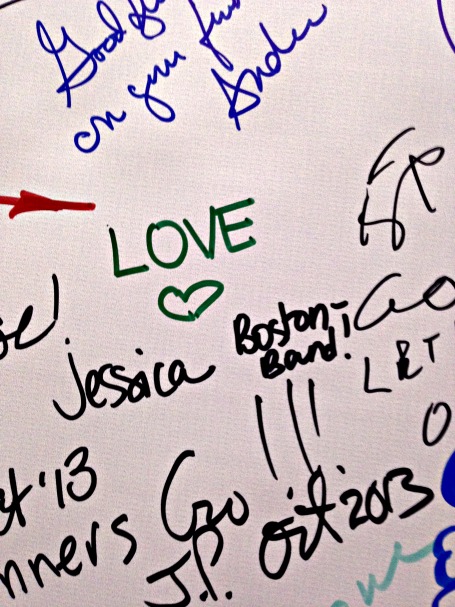 Have you run a marathon? If so, which one and what was your experience?