Remember the good old days when you cracked open your course selection outline and dreamed of all the learning that you were about to do the following year in university? (What? I have been graduated a year, it is totally the good old days!!)
There was unlimited opportunity as you carefully selected the perfect courses.

I get the same feeling now when I plan my 2014 race season. I will be sharing more in the new year, but I am doing some HUGE destination races with some incredible athletes in the new year, including the biggest and longest race I have ever run! Let’s just say, I have my passport renewed and my training log ready!

Today though, I wanted to share three of my favourite local race series with you. I am running at least one race in each of the series this year and I am so excited to be a part of such a thriving local running community! 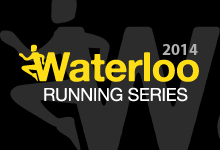 The Waterloo Running Series (also known as RunWaterloo) is a social profit committed to running in Waterloo Region.  A family effort since conception, the organization is dedicated to building a strong, healthy, and connected community through the sport of running and the attitude of giving back.

It is such a fabulous series and they have some of the best kept secret races in the area! 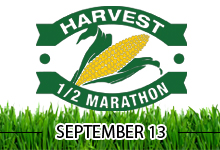 I have done quite a few of their races in the past, including Stage 1 of the Endurrun this summer. As the editor of their blog, I am planning on making it out to most of the races in 2014 to either run or cheer YOU on!

The biggest news for the series in 2014 is the addition of a half marathon in conjunction with  Kenyan Kids Foundation. Running AND doing good? Sign me up!

This is for all you trail running freaks out there! I have been chosen to be one of the Ontario racers for the series so you will see me at ALL of the races this year!

Set in some of the most rugged and beautiful conservation areas across Canada, this series offers distances of 6 km and 12 km. I did a review of a race in 2010 that I raced at Terra Cotta.

Check out their registeration details here! If you purchase the series, you get the coolest swag including this awesome shirt!

I cannot recommend this series enough to those who are just starting out in trail running or are focusing on SPEED over DISTANCE on the trail.

Favourite Part? Any series that starts the day with Kicking Horse Coffee has my vote! These people are the friendliest, happiest trail runners anywhere. Environmentally conscious with great prizing – you do not need to win in order to walk away with fabulous swag.

I did my first race with these folks this year with my marathon. I chatted about it for a looong time so you know I loved it. Well organized and just a ball in general. They have a huge variety in distances and locations.

I love them for the huge races. I have some exciting news coming in December with this series so stay posted.

In the meantime, check out their 2014 line up here and add a race or two to your calendar!