It was a dark, cold night after the Re-frigee-eighter. Our Health + Performance group was standing around our coach to hear what the workout was for the evening. Before we began, he asked who raced that weekend and what their times were.

There was a lull in the conversation and I blurted out “I DIDN’T FINISH!”

After a silence I can only assume was warm sympathy from the group, our coach looked at me and said “You know, you really don’t need to tell people that.”

My first race of the season was the Re-fridgee-eighter 8 Miler in the RunWaterloo series. I love this series and I do most of them throughout the year because they are homey, well organized and known for their delicious food!

Here is the thing – I signed up for the 8 Miler with a few strong workouts under my belt but I was still coming back from an injury and my physiotherapist asked me to do 8 KM instead of the 8 Miler. Being the fabulous and stubborn human that I am, I ignored him and ran the 8 miles. 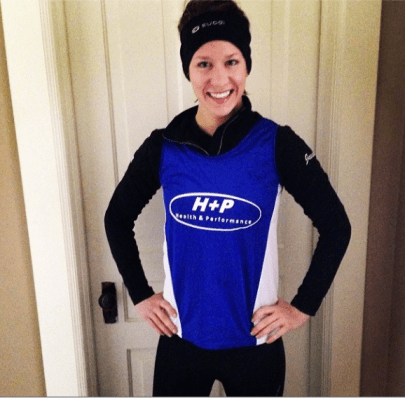 At EXACTLY 8 km, the compression tights that I stupidly wore to race in got the better of me. My legs went completely numb and I couldn’t go any further. Now, I have pushed through races before where I was in pain. I have no problem with that and I will never drop out of a race if I am just tired. This was different. I physically couldn’t run.

As runners past me, I turned back and walked to the starting line feeling useless and angry at myself.

What did I learn?
– Listen to professionals. I do NOT know everything about running.
– Listen to your body in races. Something was wrong and I know I shouldn’t keep running. I have too many important races coming for me to blow it on a training race.
– It is awesome to be a part of a running team. It was good to hear about every one else’s past DNF’s at the awards ceremony and get sympathy hugs. Sometimes you just need other people to tell you they have been there too. 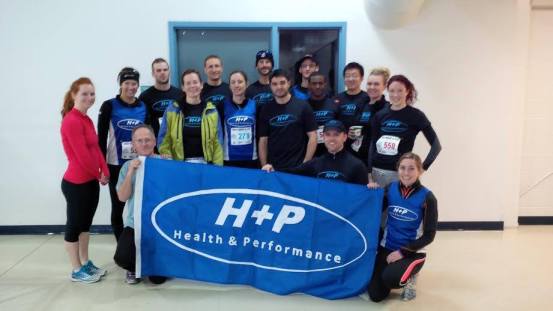 – A DNF is not going to kill you. Just almost.
–The RunWaterloo Series is as fun in the winter as it is in the summer and fall. Fact.

Thankfully, the next weekend brought a sunnier experience in Florida where I did a fun run with my family. We did Run or Dye in Tampa and it was their first race. I ran alongside my dad who was hoping for a sub-30 and he ran it in 26 minutes! Not bad for a first race. 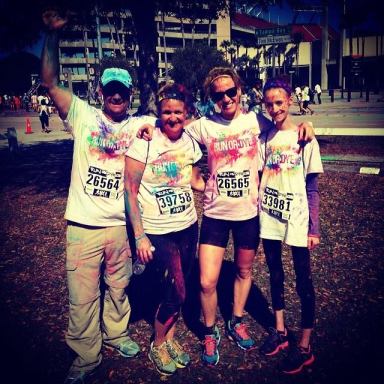 What I learned from Run or Dye:
I will not run it again. Absolutely not. Although it was a fun race, the organization was not there. The lineups were unreal and they only had one registration station. I also saw runners who were lost on the course as it was poorly marked. It is a fabulous concept with terrible execution.

Let’s not end on a bad note! Speaking of races, my schedule for 2014 is CONSTANTLY changing. I am no longer able to run the Promised Land 50 KM in Virginia in April, but I have added the following races to the line up in 2014. June is looking hectic!

June 1 – Niagara Falls Women’s Half Marathon – With the lovely Angela of Eat-Spin-Run-Repeat. This race is making for a two race weekend!

June 7 – Yankee Springs Double Marathon – 52.4 Miles – Headed up to Michigan to check in with the race director of Yankee Springs Series and my Transrockies team mate member to dream and scheme, and maybe pile a bit of hurt on my muscles.

June 22 – Guelph Lake Sprint Triathlon – First triathlon ever, following a race on Saturday. Another double race weekend and completed with Angela. I am noticing a trend…

Check out the other races in my 2014 schedule here.

Will I see you at any of them?