Trail Runner Symposium: Is it Easier to Date a Fellow Runner or a Non-Runner?

Well hello! If you are Canadian, you are in the midst of a long weekend and I hope you are doing as little as possible today! I had a fabulous weekend so far, including a trip to Hamilton to visit some of my best friends and a long run to get me in racing shape for the number of halves and full marathons that I am tackling this season! 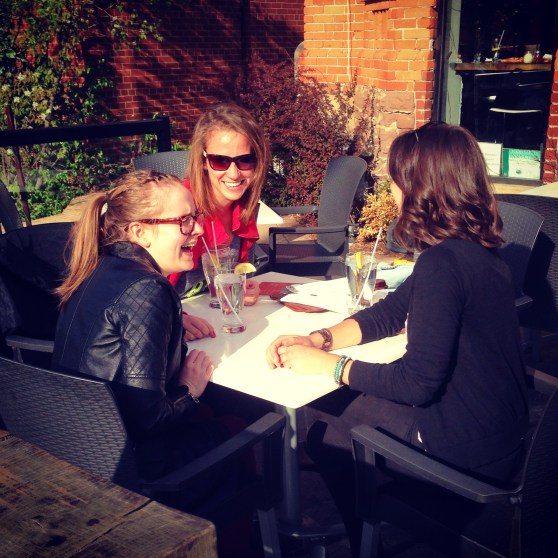 When the editor of Trail Runner sent me the topic of the Symposium for this month, I just blinked for a while. I really don’t feel qualified to answer this question because I don’t necessarily think dating ANYONE is easy. However, today I wanted to break down who is easier to date – a runner or a non-runner. 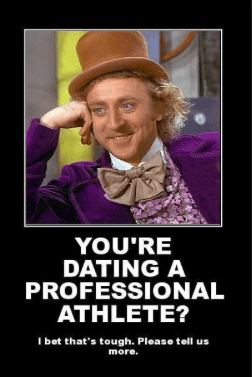 Let me begin the conversation by saying that if you are a serious runner and you are dating a non-runner, it is important for them to be equally obsessed with something to balance out the equation, otherwise it will suddenly be all about your races, training and refueling. That is not a partnership, that is a personal assistant who massages your feet and brings you protein shakes.

Perhaps the easiest way to do this is to do a comparison of the two: 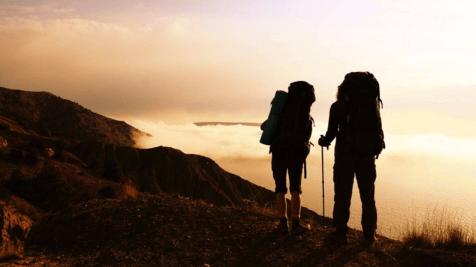 1. It means more when they come cheer you on at races because you know they couldn’t care less about negative splits or well, racing in general.

2. They help keep you grounded in other passions and interests that have nothing to do with running.

3. You have someone to make you a full course meal while you are out training. (This is not pie in the sky thinking – one of my ex-boyfriends actually used to do this for me).

4. You have something to do where you can escape from them if you need to. Running is your thing and sometimes it feels good to have something your partner doesn’t understand.

5. They will influence you positively to not spend the bulk of your time in trainers and spandex.

6. Cross training. Because chances are, they are an athlete of some sort.

7. Balance and Pride. Because if you are injured, it would be hard to hear that they were going out on a run. And if they were to start running, they would probably be faster than you. 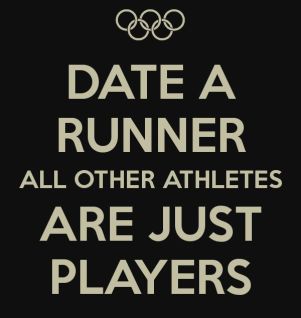 1. They will fully understand that you will stock the entire first shelf of the fridge with chocolate milk and probiotics.

2. They are more likely to give you a foot massage because they totally understand the concept of gremlin feet as your weekly milage climbs and are not afraid of blisters, black toe nails or calluses.

3. They will not object to you rolling around on any hard surface in the house on a foam roller or baseball to do running therapy. Heck, they probably will join you.

4. You can have running dates. This is super appealing when your schedule is jam packed and I am all about productivity in every area of life, even in social situations. Get your training in while spending time with them – and the food tastes AMAZING afterwards.

5. They won’t blink twice at the fact that you can demo a box of cereal in one sitting following a long run. They probably will cheer.

6. They understand that 9 pm is an acceptable bed time.

7. Vacations will centre around destination races.

The bottom line is – both are great, ALL THE BOYS! I don’t think there is one that is easier than the other, having dated both sides of the spectrum before. I think that it is vital to date an athlete of some sort or else it is difficult to have things in common. Past relationships with non-runners involved dating a mountain biker where I would trail run and he would ride. Another relationship was with a weight lifter and I focused on building strength and learned how to lift with proper form. I don’t think they need to be a runner, but they need to have similar interests and when you are focused on your health and vitality, it is pretty important that they are as well.

Would you rather date a runner or a non-runner?