Welcome to the weekend, you fine people.

This week was a bit of a blur of meetings, training and some recovery from a heavy volume weekend. Speaking of the weekend, I wanted to talk about the race I completed for the first time. 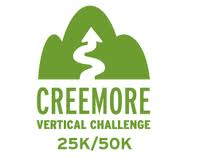 I will never forget the moment when I heard about the Creemore Vertical Challenge. It was 20 KM into a Health and Performance long run this spring where I had neglected to fuel properly. I had thrown in two difficult tempo sections to the run and I was busily bonking halfway through the last one. My team mate Dave was running beside me, talking me through it and began chatting to me about this race where there is a hill so steep you need a rope to get to the top, where you get pottery medals and sit in cold river post race with a beer and pizza. I wasn’t sure how much I processed at that moment, but I knew I would sign up for that race.

A couple weeks before the race, I signed up and became more and more excited the closer the race day came. I knew I wouldn’t be able to race it because my coach and I worked out a plan where I would walk the hills and jog the straights as a part of my marathon program for the Endurrun. I just wanted that pottery medal!

The race location is situated on the race director’s property and was absolutely stunning. There is a beautiful river and trees for days. 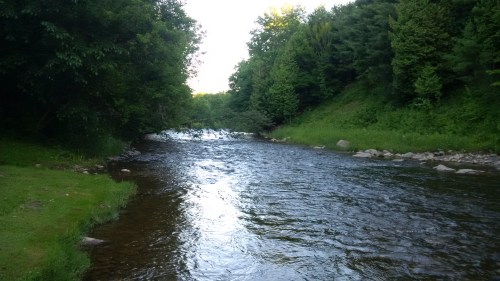 It was a bit of a hike to get to Creemore, but we arrived in time for the race start and at 9 am, we were off running! I did the 25 KM.

The first couple KM were hard for me mentally. The lead pack had taken off and I felt like I was shuffling to keep my pace slow enough. My goal was to keep my pace at training pace for at least the first half, walking all the hills and picking it up at the end if I felt it a good idea. I was proud of myself because I was able to walk the hills and keep my pace at a nice, even tempo and just started having FUN with it. Creemore is one of the most beautiful places I have ever raced in and there is just a lot of UP which is basically heaven because if I wasn’t human, I would probably be a mountain goat. I loved the elevation gains in this race.

Elevation map of the race

It was around 15 KM and I was running through a forested section pretending to be Laura Secord racing through the woods (Not racing coupled with a vivid imagination from my childhood that never has left me..) when a woman yelled out that I was first female.

I had been just playing until this point because I assumed the pack in front of me held a few ponytails. Unfortunately, it played with my mental game a little and I hit the biggest hill of the race. Although I had a ball flying down the hills full speed (what goes up, must come down..), after that, I was tired and not having as much fun anymore. Suddenly, I felt PRESSURE. I had not been drinking enough water. I hadn’t expected the hills to be so long. I decided to hold my pace and speed up for the last 5 KM.

The last 5 KM were FUN. There was a long, winding gravel road that kicked you onto the trails again. There is a grassy stretch and suddenly you are scrambling over bridges, climbing up ropes and running down winding hills. I crossed the finish line as first female for a respectable time of 2:20:14 considering I was not racing it and began consuming every liquid beverage in arms reach. I despise Coke but I drank 2 glasses, coupled with some Gatorade and two bottles of water. I was alternating between sticking my head in the dunk tank and drinking water – not my classiest moment. If I were to do it again, I would most certainly carry water.

I grabbed the infamous Creemore beer and a slice of pizza and I settled in the Mad River for the infamous Mad River Massage that I had been waiting for since that wretched long run in the spring. 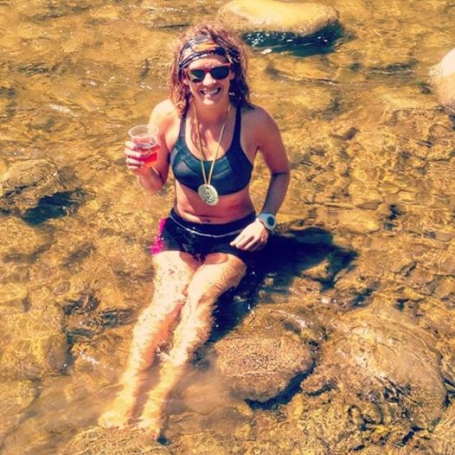 I’m rocking a pretty impressive hair style, considering that less than 12 hours prior, my hair had looked more like this: 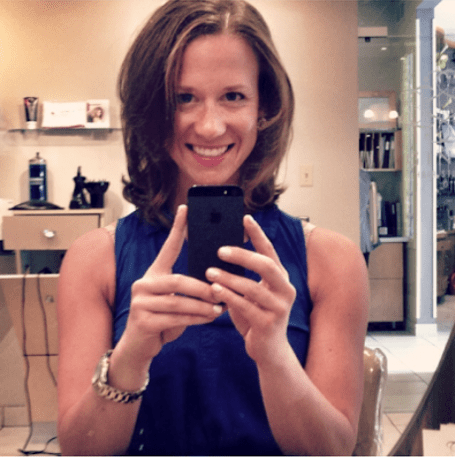 What? You don’t get your hair done pre-race?

The awards were unreal. I received ground coffee, a quart of fresh maple syrup and a pottery bowl, both made by the race director and his wife. I am most certainly coming back to RACE this next year. I have a pottery collection to grow! 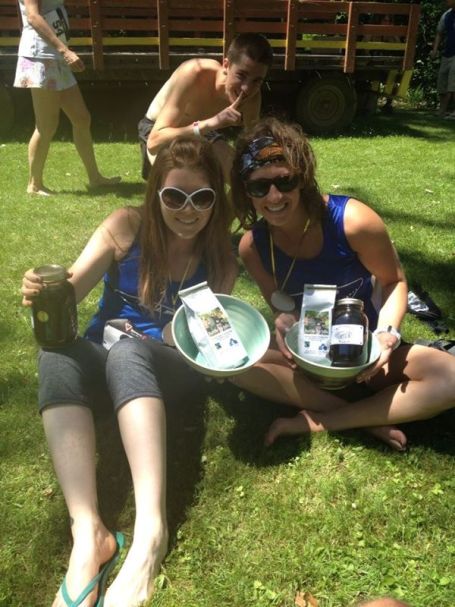 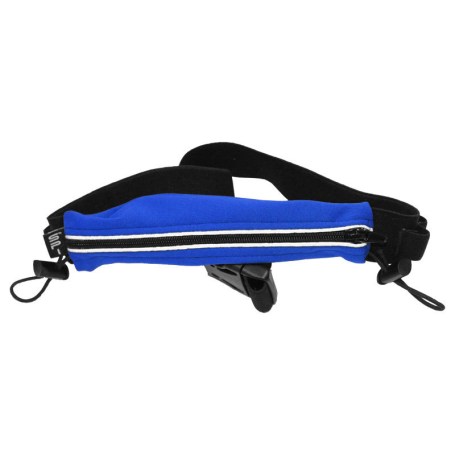 I have been wearing it non-stop since getting it. I wear it to hold my stuff when I am cycling or doing long runs and I have fit a cell phone, a gel and two sets of keys in there and have been able to forget about it.

It is the endurance SPI belt so it holds more than a regular SPI belt and is more durable. It has holsters for energy gels and one of my favourite features is the race toggles to wear your bib around your hips instead of pinning it on. Water resistant and reflective – it will be perfect for my future 100 milers where I am running into the night. This has quickly become one of my favourite pieces of gear of endurance events.

Before I head out – I am racing the 5 Peaks Rattle Snake course and I have been getting lots of emails from readers for the discount code and letting me know you will be there. I am excited to meet everyone and looking forward to a fabulous race. This is one of my favourite courses and I was able to get out there and run it last Sunday with some of the crew. I have been asked about some things to know about the course: 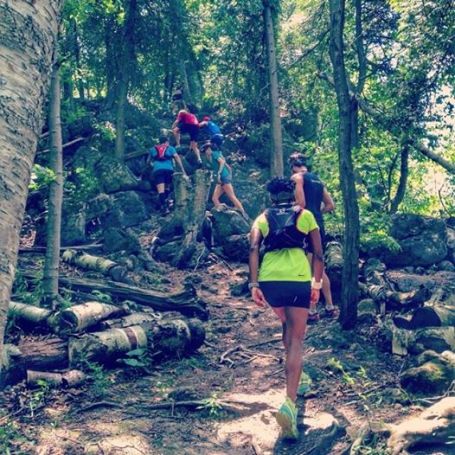 –          The Sport and Enduro are not the same. The sport section breaks off a couple of KM into the race and I believe it is only in the 5 KM range, but don’t quote me on that one.

–          The Enduro course is probably the most vertical of the race series so far. Lots of fun UP and fancy footwork. Be mindful of your footing and conservative on the climbs. Save your energy for the flats.

–          The final sprint to the end is to do a loop of the field so make sure you are mentally prepared for that.

Have fun and see you there!

What are you racing this weekend?