Happy Friday! I am in the midst of a delicious carb-load in prep for my marathon this weekend. It has been so much fun to be out at the other stages this week, cheering on my other team mates as they race their stages.

I am looking forward to leaving everything out on the course this weekend, but first, I wanted to do a race recap of the Albion Hills 5 Peaks race that I ran last weekend.

First of all, this is my new favourite course in the series. I was not familiar with the elevation profile and had no idea what to expect. I arrived in good time and went through my normal pre-race routine, including a light warm up and headed to the start line at 10 am. I was not intending to race the course hard because I had already begun a taper for the marathon this weekend, but I was looking forward to checking out the course! 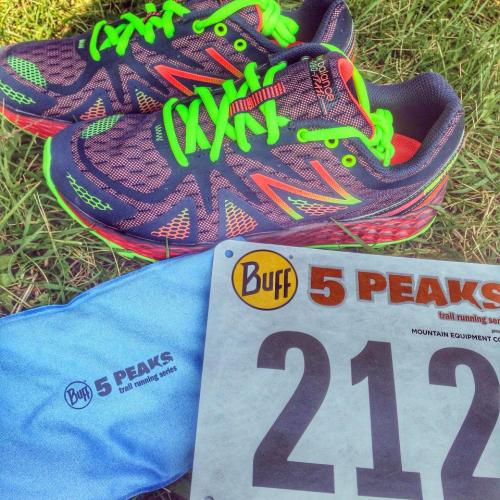 5 Peaks always has the best swag and this race was no exception. Super cool heat and cooling pad which I am sure will be put to good use after this weekend.

I ran the Enduro course so I ran two loops of 5.7 km. I began in the first wave and headed quickly to the trail head because I knew there was a lot of single track and I wanted to make sure I was able to run the pace I was hoping for. I tucked behind my running buddy, Peter Lawless because we always end up running similar paces at these races and we chatted through the rest of the race.

The course itself was described as a roller coaster and it really was. So many twists and turns which is my favourite type of course. This was flatter than some of the courses and although there were some hills, it felt like the fastest course yet. 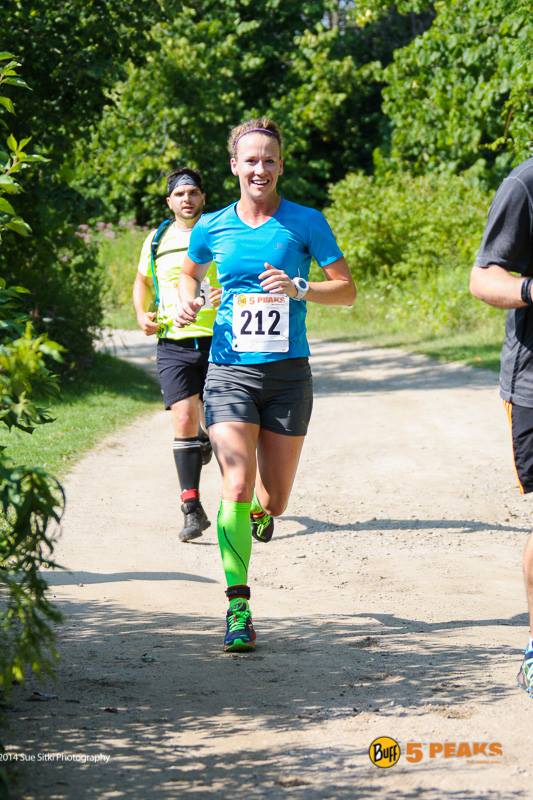 The last km was nice and speedy and I crossed the finish line feeling great! 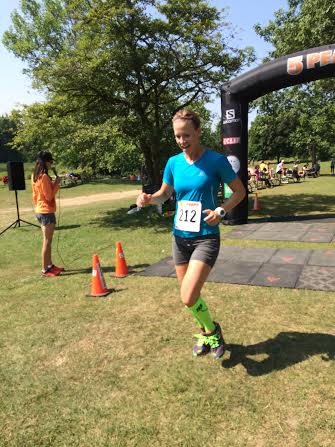 I stayed for the awards ceremony and to spend some time catching up with my fellow ambassadors and trail friends. I placed second in my age group and I now have a medal in every colour from 5 Peaks. LOVE it. 🙂 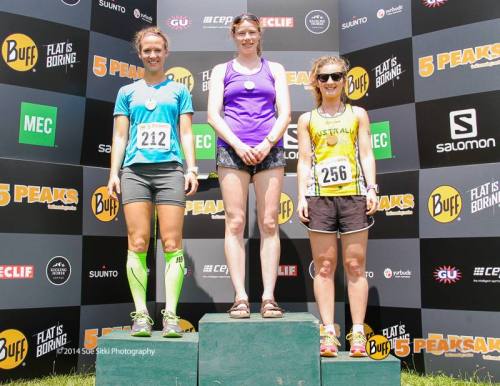 Awesome race and I am looking forward to racing it again next year!

What I ate pre-race: banana, toast with nutella and coconut oil, nuun water.

Let’s talk about that swag little pair of shoes for a second, shall we? New Balance gave me a pair to test out and ever since they have introduced their fresh foam technology, I have been increasingly excited about the shoes. 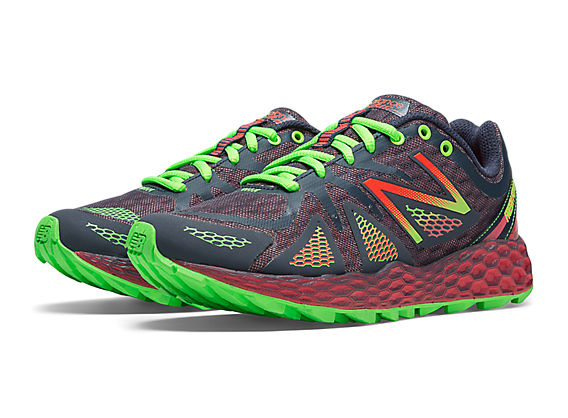 Firstly, how fabulous are the colours? I got mine in Orange with Black and Apple Green. Here is what they look like in iPhone quality. 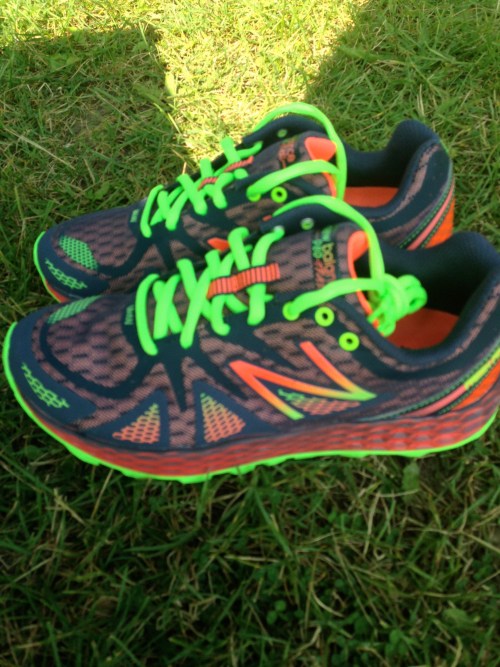 This is completely a “do what I say and not what I do” thing, but I actually ripped the tissue paper out of them the morning of the race and headed out. I had ZERO issues and they were beyond comfortable with that “already worn in” feel.

One of the most helpful features of the shoe considering the steep, gravel inclines I was tackling was the bottom of the shoe which has a sweet design. 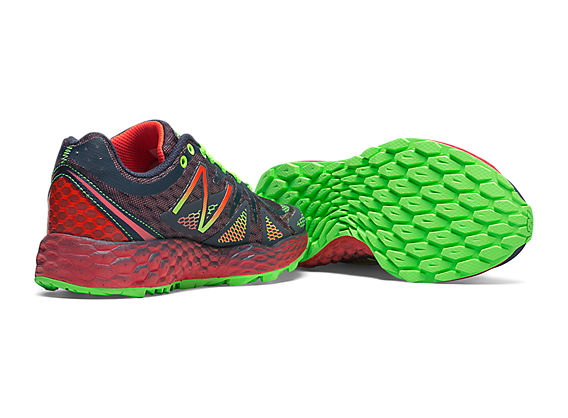 Looks like a reptile of sorts, but what it really does is claw you up hills.

I have had some concerns from readers when they saw my instagram photo of the race and shoes that they may be bulky. I will admit, that looks like a whole lot of heel for a trail shoe, but because of the light foam technology, they felt as light as some of my minimalist shoes.

I was impressed by how stable they were, considering the amount of cushioning but there were overlays in the fabric in the forefoot, allowing for extra stability. There is closed mesh in the shoe upper so there is no way that there will be sticks, stones or mud get through the shoe.

I love ’em! I will be wearing them to race the rest of the 5 Peaks series and they will most likely sneak into my bag for Transrockies next year. I’d be happy to run 120 miles at elevation with these guys, and that is saying something.

How about you? Have a race last weekend or one on tap for this weekend? Let me know in the comments!

What is your favourite trail shoe?