We are halfway through the week and halfway through November and I am completely at the end of my racing season for 2015. I am beyond excited because I have always had it stopped for me due to injury. This is the first time that I have made a concerted decision to stop, take R&R and do some base building and maintenance for 2016. I feel like next year will be the best one ever.

I wanted to talk about the last race of the season before I completely close the door on the season. I did RAID THE HAMMER on November 8 and it was a perfect perfect way to wrap up the year. Teams are able to choose between or Raid or Half-Raid point-to-point race course options.

RAID: This course is a 24-28 km course that includes intermediate trail running and trekking skills and endurance and intermediate to advanced navigation skills. Teams of 3 can expect to take 3 to 6 hours to complete the course with most teams finishing in 5 hours. Teams are required to carry personal and team gear and there are normally several food and aid stations on the course.  Choose between the following RAID categories: Coed, Male, Female, Masters (average age over 45).

HALF-RAID: This course is approximately half the distance of the full raid (12-14 km) course that includes many of the same elements of the full raid. Intermediate trail running and trekking skills and endurance and beginner to intermediate navigation skills are recommended. Teams of 3 can expect to take 2 to 4 hours to complete the course with most teams finishing in 3 hours. Teams are required to carry personal and team gear and there are normally several food and aid stations on the course. This is a great course for juniors, teams that are new to the sport and experienced racers that are looking for a shorter race than the full raid distance. Choose between the following HALF-RAID categories: Open-Half, Juniors (ages 13-18).

The course route is not known until teams pick up their race kits on the morning of the race. I started the day by picking up 3 black coffees for the team because we all drink coffee the way it was meant to be drank and sheepishly announced I may be the weak link given the fact I had done a long run on the trails the day before and wasn’t necessarily fresh.

Turns out, it was completely unfounded concern because all team members had done something similar so we shrugged it off and started our race preparations.

Who was on our team for this race? 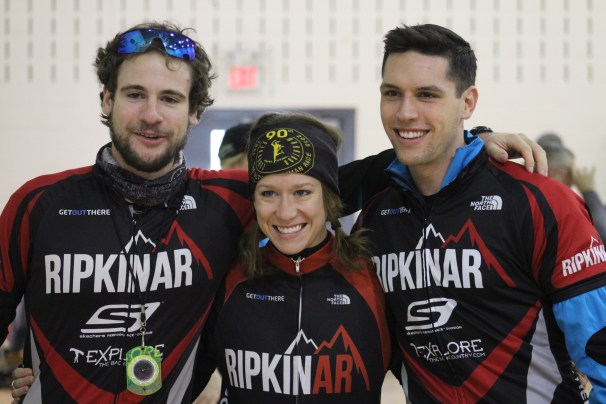 Brad Jennings: captain and primary navigator of the team
Dan Raymond: Amazing triathlete and member of Ripkin AR
Me: Estrogen of the team and co-navigator for this event

This is my second year doing the RAID THE HAMMER but this year was certainly a difference experience. Last year, I did it with stress fractures and our team walked most of the way. This year, we were trying to be competitive and were ready to push hard. We received our maps an hour before our bus departure and quickly realized it would a bit more difficult this year than last year. For one, there were more individual challenges for team members and there seemed to be more check points. 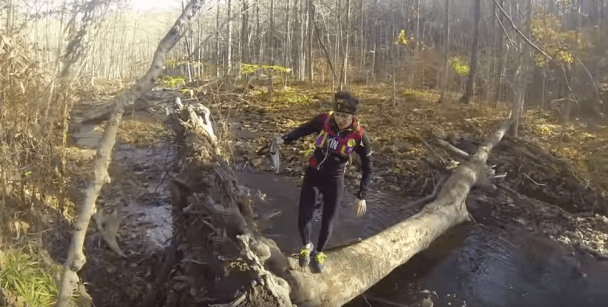 The first section required one team member to run for the first check point, two members to run for the second and the entire team to gather the remaining checkpoints in the area. Unfortunately, our team missed this key memo which left Brad and I running much further than we should have and leaving Dan waiting for us. As a penalty, we needed to run to an extra check point which put us behind but we moved quickly and headed into the next section as fast as we could. 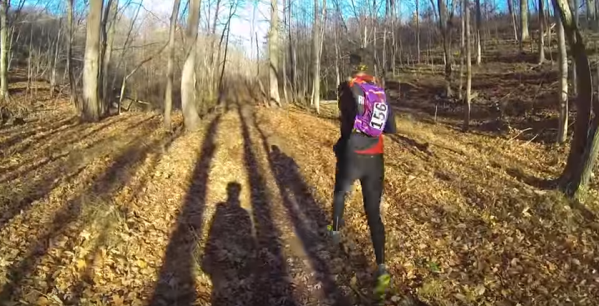 I have done enough navigation with Brad this year to trust him entirely and it has been fun to watch him improve over the year. We did well with nabbing check points throughout the race, despite some frustrations and distractions. 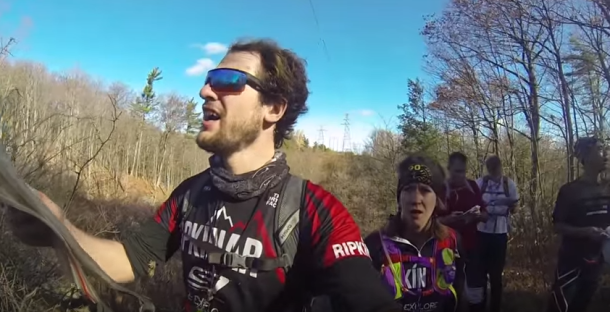 The weather was absolutely glorious for the race and I removed my gloves within the first 45 minutes of running which is a big deal for me. The first area of the escarpment we tackled was a series of just running up and down which is why it was lovingly labeled the Half Pipe. Clues for the checkpoints alternated between “hilltop” and “valley”. Conditions were slippery leaves which made for difficult scrambling up hills and made for some epic decents.

There were the standard stream crossings which meant wet shoes early on but splashing through rivers and mud is part of the allure of adventure racing for me. 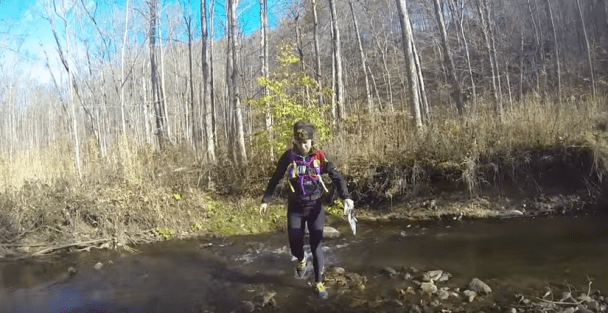 A unique feature of this race is finding information at check points, such as the date that a certain bridge was built. After finding this, our team hit the stairs that lead us to a swift trail portion. 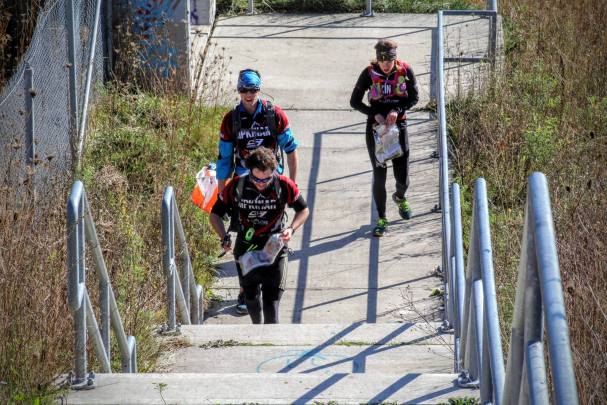 This was one of my favourite parts of the race because at the end of the day, I just love to run. We were pretty quick on this portion and nabbed this check point before heading into the tail end of the race which was, you guessed it, more hills. The terrain between check points 11 – 17 was difficult because the bush wacking was not that aggressive and the leaf cover made it seem as if we could run, but there were small rocks hidden underneath that guaranteed a sprained ankle if it wasn’t manoeuvred carefully. 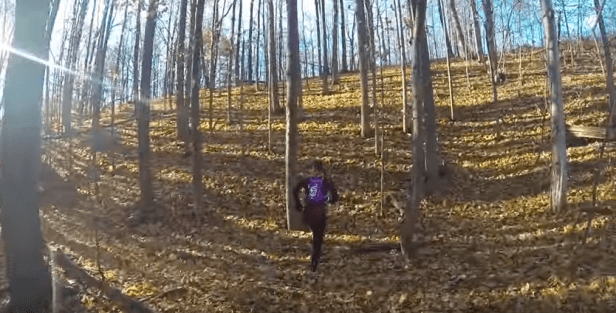 The final part of the race involved the Matrix which required the team to separate to gather 6 different check points that solved questions like “first name of artists” or “Dedicted to ______”. We found the pieces on the maps and scattered to find the clues. We struggled a bit with the wording on the one clue (of course it was the one assigned to me) but we were able to get it sorted and sprinted to the finish line.

We were thrilled to learn we were third in our category and each nabbed a bottle of wine as a prize. There were food trucks and showers for us at the finish and it was amazing to go over the race. We did well and had the time of our lives on course. RAID THE HAMMER was well organized and the perfect season ender.

Check out the video of the race put together by Brad.