Well, I am currently at a race for the next four days in Carleton-Sur-Mur, QC. and we had an awesome evening on Wednesday night with opening ceremonies – meeting teams from all over the world. Follow along with my Instagram this weekend for updates on the race!

Before I complete this adventure, I thought I would share a bit from my last adventure this past weekend. Mark and I knew it was the last perfect summer weekend and wanted to take full advantage of it. We had a bike trip on our radar for a long time so we decided it was the weekend for it. We added in the additional challenge of only carrying everything we needed for the whole weekend on our backs in small little packs. 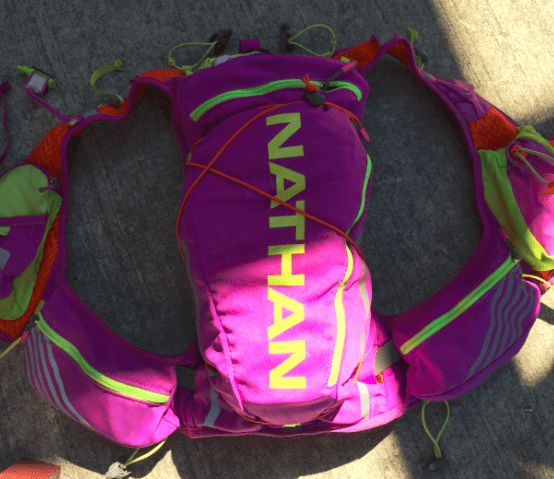 I carried everything for the weekend in this little guy. It is my favourite pack I own – I am using it to race this weekend as well. (Not sponsored – just the best little pack I have found for training and racing).

The route we chose to cycle was Waterloo to Collingwood to Tiverton to Waterloo, totaling over 400 KM and almost 2,000 m of elevation. We set off around 8 am on Saturday morning which proved to be the most difficult part of the ride for me.

I am an endurance queen. The longer I go, the stronger I get. I knew that the weekend would not include any running so I slotted in all of my mileage in the preceding 5 days, including some double days, which means I was beginning the ride on tired legs.

For this reason, the first 75 KM of our ride were BRUTAL for me. I was feeling sluggish and like I was moving backwards as we tackled the rolling hills in Guelph. We stopped for a bit of a break at a Tim Hortons and I was able to pull myself together (nothing some sugar and coffee can’t fix, right?) and I was able to finish the day strong. 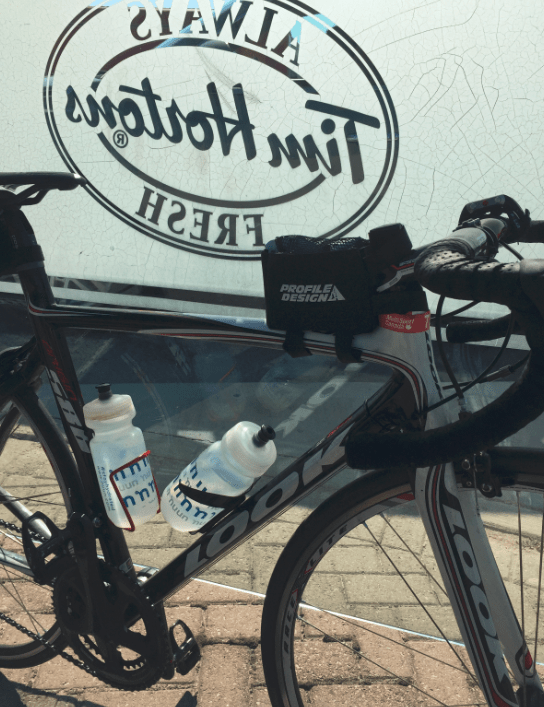 We spent the evening with friends with a water-side property in Collingwood, drinking wine, eating pasta and recovering for the next day. 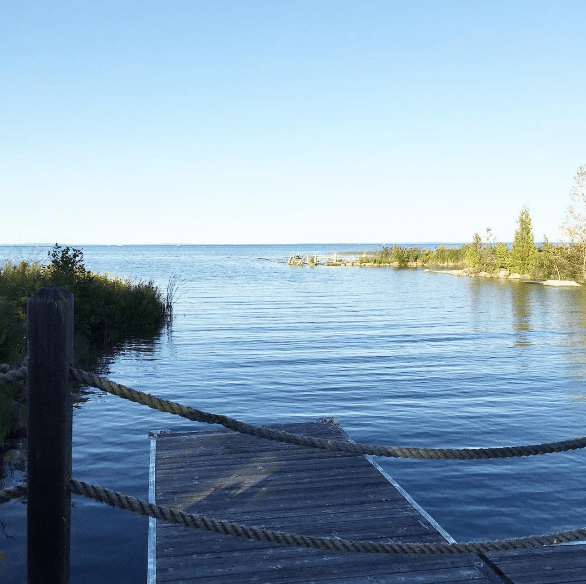 Day 2 began with us drinking coffee on a dock, watching the sunrise. Such a perfect way to start what was supposed to be an easy, breezy day on the roads. 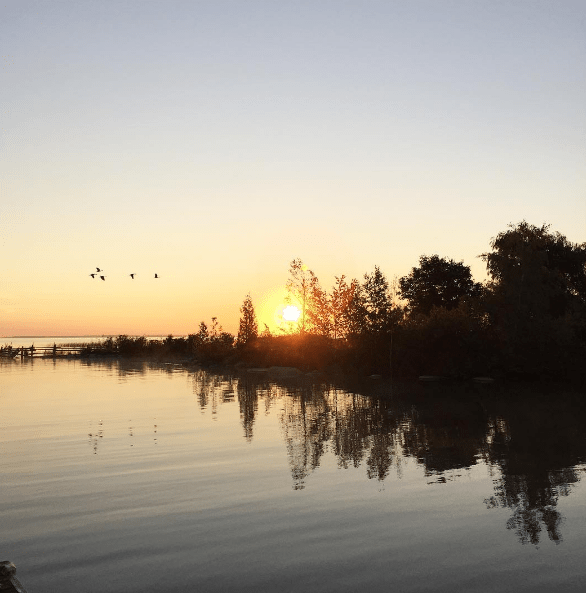 We had estimated that it was about 130 KM but were not concerned as we needed to tackle two giant climbs on the ride, making it our highest elevation day. We set out and were hit over the head with a 2 KM climb. It woke up our legs and we were humming along until we reached a small town where we ate the biggest subs I have ever seen. We pushed on, encountering a few detours that added more than a few unexpected KM to our route.

It was at 160 KM when we chose to stop for an emergency ice cream and water break. We had been out of fluids for almost an hour and there was not a single building in sight. We went to the first place we found and when we consulted our map, we saw we were still 20 KM from our destination. 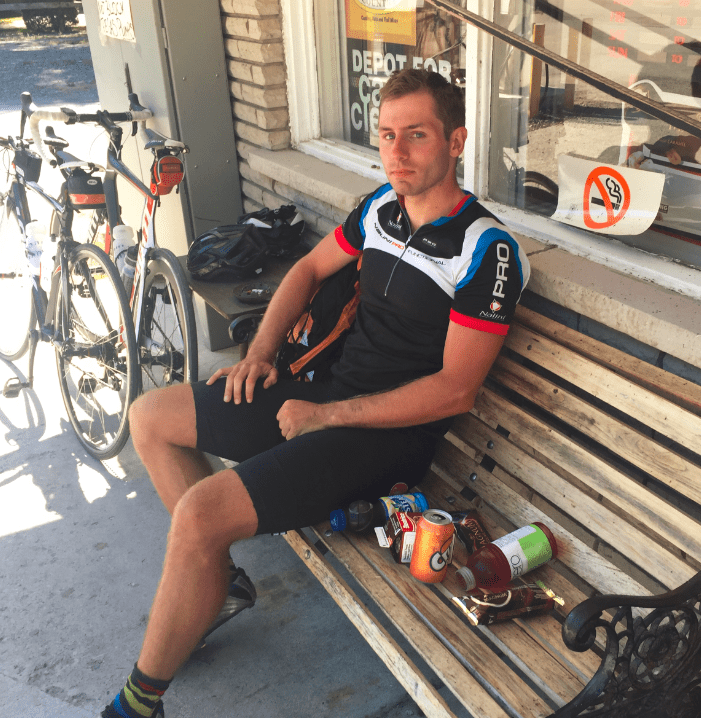 Mark was thrilled with this turn of events.

As we finished the last leg of the journey with a Spotify playlist blaring for morale, we talked about how the mental fortitude for these rides is established in the distance you didn’t expect to ride, between KM 130 and KM 180. The kilometres beyond what you expect to travel when you are tired is where you build up that strength that you can use in races and expeditions in the future.

We stopped at a friend’s house in the area and spent the evening doing some bike mechanics and eating a delicious steak dinner.

The next and final day, we started out directly into a headwind. Mark and I worked as a team and swapped out lead cyclist every 5 KM to break up the effort to the next town. It was a little bit of a beating on morale as the best parts of our rides were when we were cruising down sunny country roads and just having a conversation. Without being able to talk, you have more time to focus on fatigue.

We stopped at a Tim Hortons and refueled and pressed on to Millbank where my mom was promising us some of her famous homemade pizza.

Until we hit a gravel road. 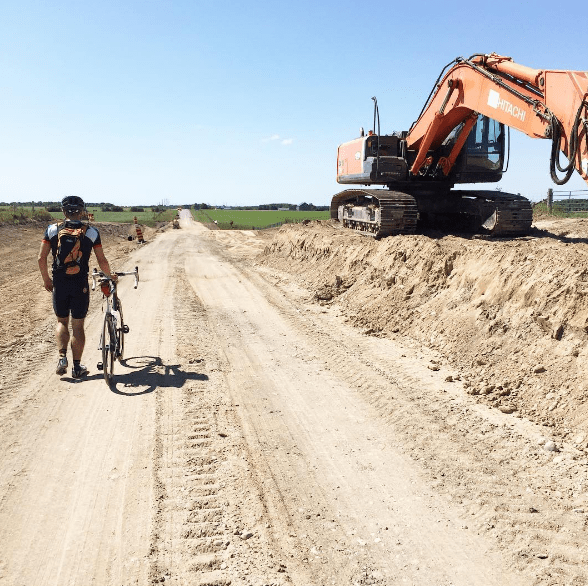 We ended up walking our bikes for a while because we didn’t want a flat and were given a ride by a kind farmer passing by. We reached the highway and reassumed our journey. I felt really strong for the final leg of our ride, probably motivated by thoughts of my mother’s pizza and we arrived at 1:30 PM with 100 KM for the day. We jumped in the pool, ate pizza, cookies, pasta salad and the endless other goodies.

When we were offered a campfire and dinner, we decided to stay for the afternoon and accepted a ride home for the remaining 30 KM.

Biggest learnings from the bike trip:

• Map out a clear route beforehand. 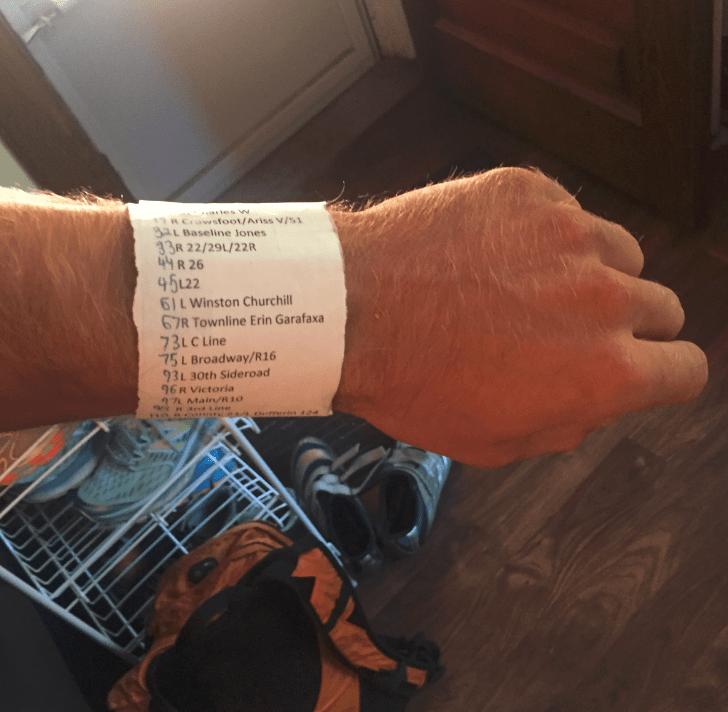 Mark’s clever way to keep track of our directions each day.

• Be prepared for detours
• Make sure you have a bike repair kit! We were fortunate to not encounter any issues, but we sure tempted it with those gravel roads.
• Fuel and hydrate appropriately. I drank lots of water and supplemented with Nuun Tri-Berry and Hammer Perpetum on this ride. I ate mostly real food because I find I can digest food easily on the bike versus running which requires more supplements. I ate sandwiches, bagels, pasta, and some veggies and protein. And coffee. Lots and lots of coffee.
• Work as a team. Mark is a more powerful cyclist than I am, but as the days accumulate and fatigue sets in, it’s still important to work as a team and take turns taking the brunt of the wind.
• Enjoy the journey. At one point, I was so excited by the views that I drove into a ditch. A story for another time. 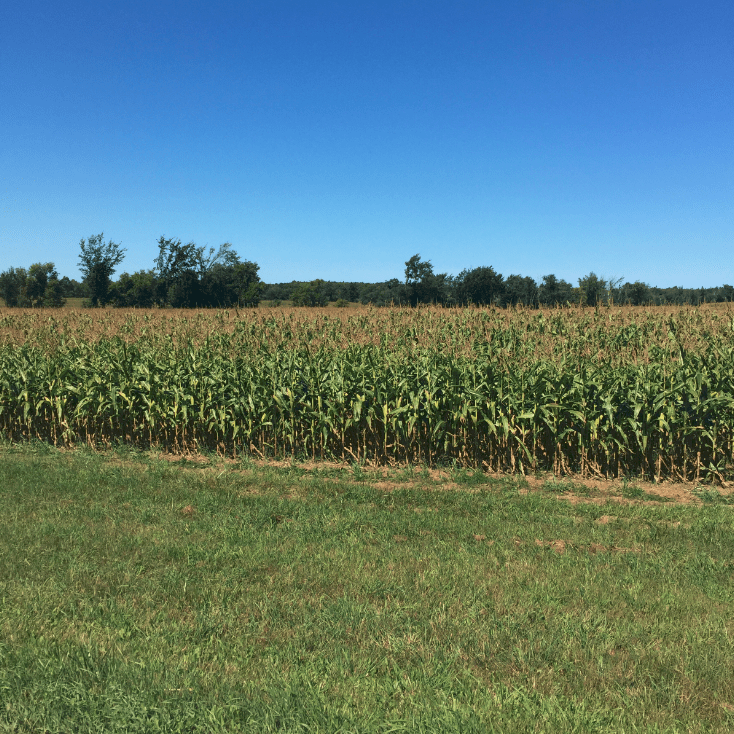 Have you ever done a long bike trip? Tell me about it!

Am I missing any bike advice?

What did you do for the long weekend?