When I first started adventure racing, I made three simple rules to follow during a race to prove I was strong enough to belong racing alongside my male counterparts:

1. I will not complain

And so far, I have only kept one of them because I have never dropped out of a race.

At the recent award’s dinner for Raid International Gaspesie, I informed our group that I cried three times during the four day race.

“Four.” Answered my team mate, Brad without looking up from his plate of pasta.

The reality is, I do not view this as the failure that I once would have.

I have always been drawn to male dominated sports. In high school, I would line up at the top of an 8’ skateboard ramp at lunch hour and show up to biology class with bloody knees because I had been challenged to do something that everyone knew was outside of my comfort zone and ability range. But I had a competitive fire and something to prove.

As I evolved as an endurance athlete, I struggled with being fiercely competitive with everyone, including my male counterparts. I WANTED to be in the middle of the hardest, longest and most grueling events alongside them but I was frustrated that I was not able to climb the hills as quickly, stay as warm when the sun went down and have the same top end speed on race day.

The reality is, women are more prone to injury for a host of physiological reasons (those hips though). Because of decreased surface area, we run approximately 5 degrees colder than our male friends. And because of testosterone levels, we will just never be as strong and fast as them.

And you know what? They do not care! My immediate reaction when I see a fellow male athlete waiting for me during a training session or race is to apologize. I get asked to STOP SAYING SORRY than anything else and I have taken it to heart.

When finally I stopped apologizing for something as ridiculous as biological differences that were outside of my control, I started realizing how invested others are in my success. I stopped comparing my performance to theirs in any way and started taking their constructive criticisms as helpful instead of an insult to my perceived weaknesses. I started admitting when I was feeling tired and asking when I needed help.

When I go road riding with Mark, I tell him when I am feeling tired and he will block the headwind for me. When we go on runs together, he will run my paces and push me more than I could have done alone.

When I am mountain biking with a group of friends, I let them know when my legs are tired from a big workout week and tell them to ride ahead. And I don’t let myself feel inferior if they do.

When Brad and I are adventure racing, I have learned to tell him when I need a push up a steep hill after multiple days of racing. In our last race, he turned to ask me a question in the middle of a technical, muddy mountain bike section and looked absolutely alarmed to see tears streaming down my face.

“Just keep riding.” I said. “I’m just terrified right now and this is how I am dealing with it. The checkpoint is just up there.”

I have learned to take my weaknesses, my fears and limitations and put them out there in the open and I am better for it. I am a better team mate, a kinder partner and more fun training buddy. I own that I am a female in sport and celebrate the strength, strategy and wiliness I can bring to it.

When I am racing, I wear pearl earrings and I lose them almost every single race. I wear mascara even if it wears off. I paint my toenails even though it is just to hide the black ones. I sometimes store the passport in my sports bra when we are canoeing because it is the easiest way to pull it out quickly when we need to bank for a checkpoint.

Racing as the only female in a male dominated sport doesn’t mean that I need to be the toughest, meanest or most aggressive. It means that I need to be honest about my limits, my fears and show up over and over, refusing to quit. 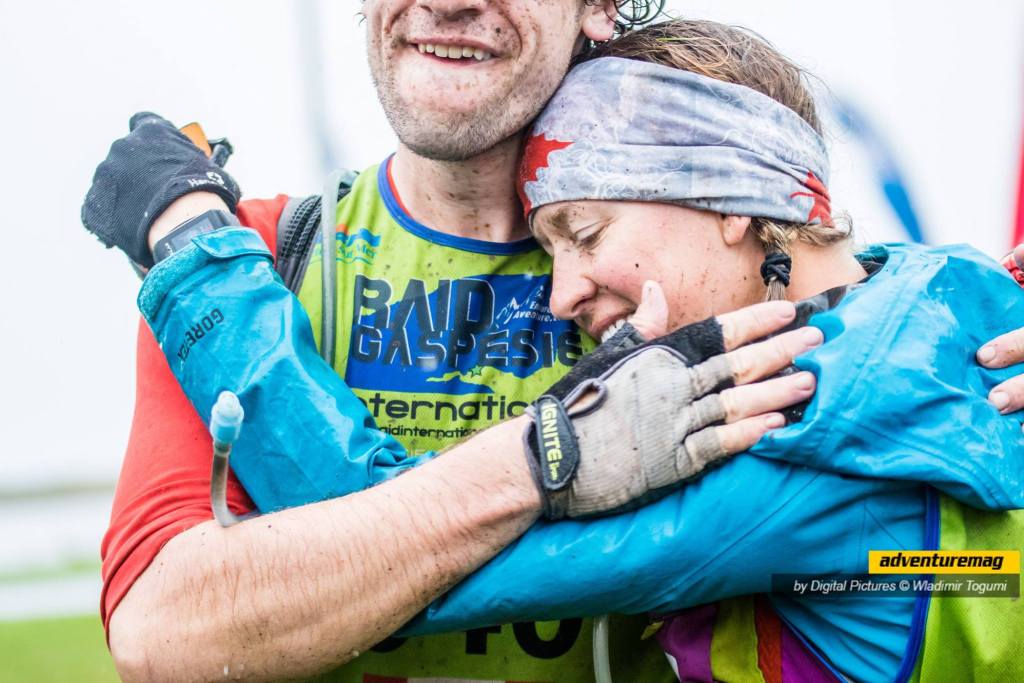