Last month, I introduced you to the Nuun Hydration Ragnar Adirondacks Ultra team! This past weekend, we were all together to watch some baseball (still holding out for those Blue Jays…) and to do some running at the Scotiabank Toronto Waterfront Marathon. 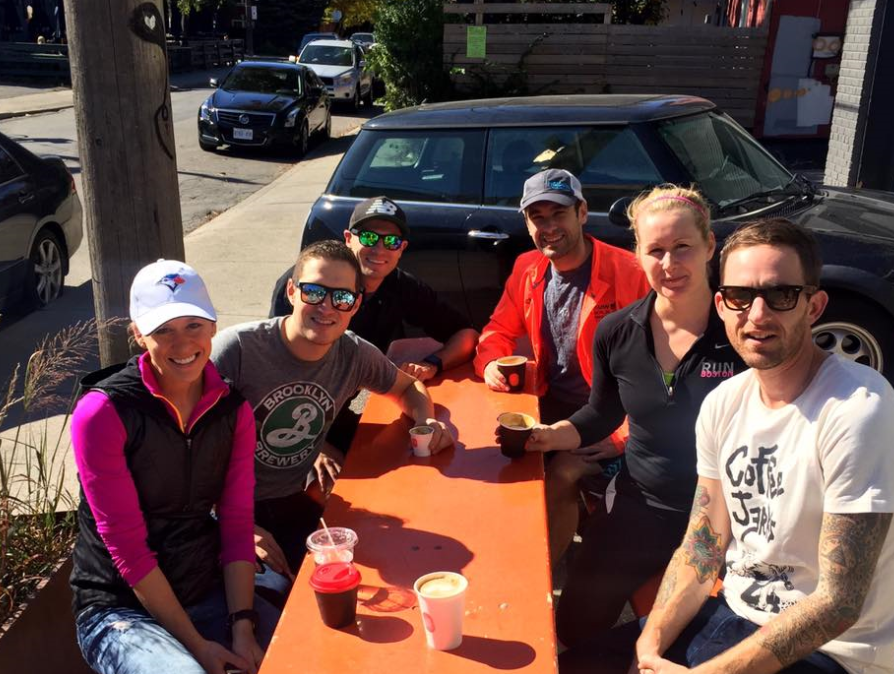 Now that we have had time to process the race I figured it was high time to do a recap. We have a veteran and two of the new guys to Ragnar Adirondacks to share their thoughts post-race. Leading off the first leg

It was everything that I hoped for, and more. I’ve learned that the Ultra category is my favourite way to do a Ragnar relay – you feel like you have more purpose, you get to run often enough that you don’t get tight, and – mostly importantly – you spend the whole race with your team in the same van. Not getting to sleep at a school or have 12 hours between legs made the highs and lows much more visceral. And much more delicious – as we got to eat pretty much whatever we pleased. 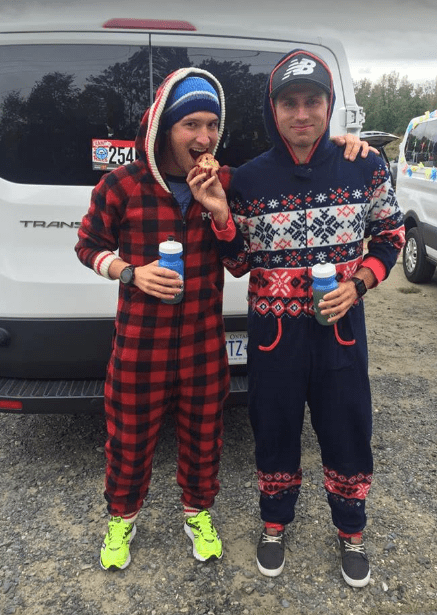 We had a blast as a team, and kept a pretty breakneck pace the whole way. We started out spicy and kept upping the ante while passing about 280 teams. The fear of letting down the team keeps your feet fast, I guess.

And truthfully, I think the key to our success was the combination of dancing or an encouraging ass slap on every exchange:

Coffee is Queen; Comfort is King: A little bit of caffeine went a long way in keeping us charged up through the night, and staying warm in our onesies kept our muscles from seizing up so we could bound out and run the next leg without seizing up. 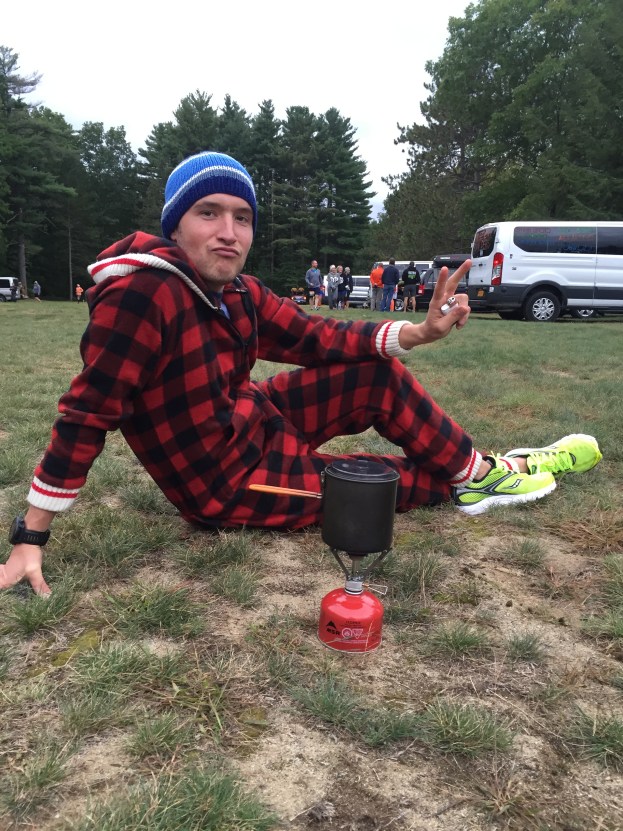 Know Thy Turns: It helps to study the legs in advance, and having Tony “Mr. Compass” Tran scout out the turns while waiting for the exchange helped us stay….mostly….on track for the entire event.

You’re Never Prepared for the Stench: My goodness, our clothes, the van…..Tony…….the horror.

Up next, our other newbie to the Adirondacks crew, Mark: 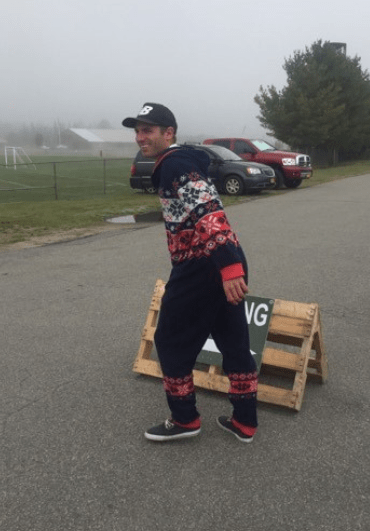 Last year, I was the driver of the team due to an injury. This year, I was pumped to be healthy and able to run.

My highlight of the run was the mountain leg, which is so large that whoever completes the leg gets an additional medal. It is found on leg 16 on Tongue Mountain. I completed it in the middle of the night and it consisted for a 5 KM climb straight up the mountain with 750 ft of elevation gain.

What goes up must come down and although it was a grind going up, I ran down the other side like a wild banshee, feeling like I was about to face plant any second. It was one of the most exhilarating running experiences I have ever had and it was awesome to finally get the medal as I was slotted to run this leg last year. 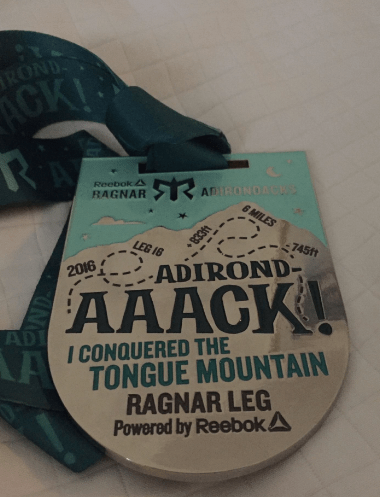 Unfortunately, that hill ended up being my undoing. Because of that wild run down the hill, I found I destroyed my quads with 24 km to run across three more legs. Completing the next three legs can only be properly compared to the last 10 KM of a marathon, but having the whole team waiting for me was motivation to get the job done. Nutrition wise, my biggest takeaway is to get ahead of your hunger and eat often. When I had a large enough gap between legs, I would eat a larger meal/snack. One of the stops had a pasta dinner option and I was able to have a warm meal in the middle of the night which helped with energy levels.

My biggest learning from this race? Don’t blow your load in one leg.

And finally, to wrap it all up, Peter: 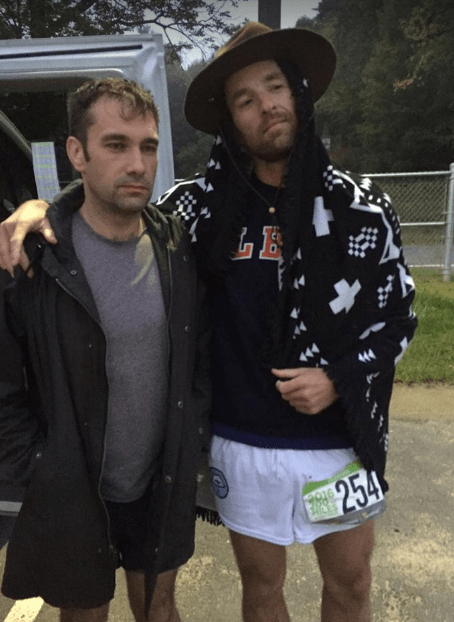 24 hours in a 12 person mini-bus with 5 other people who are also running between 50km-60km…. And not a shower was had. Truthfully, the hardest part of this race is not the running side! No. It’s what happens after. It’s once you complete your leg, a leg where you have been breathing some beautiful New York country air, you are bundled into a cesspit of sweat and germs.

Memorable Moment 1: My first leg, 11km of beautiful rolling hills that ends along a stream in a quaint town… beautiful until the wind blows down the sign telling you turn right (or you miss it) and you end up running into town and getting lost, eventually making your way back after adding on an extra 3km to your run. I was an angry man when I arrived at that transition, I’m not proud of the language I used but I stand over the sentiments.

Memorable Moment 2: Eating all the food, I’m pretty sure I consumed twice as many calories as I burned.

Heroes of the day: We had many, Marky crushed the mountain, Clare for doing Ragnar with a broken toe (but that’s more crazy than heroic) Tony our driver, who without a doubt is the only reason we did as well as we did.

Tips for the future: Study your legs and know your turns. 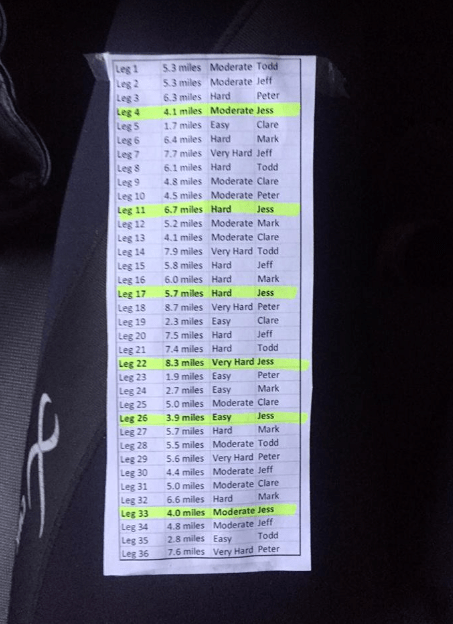 P.S. Remember to vote Team Raccoon on the video attached.

Editors Note: We had a WONDERFUL time at this race and were proud to be the first team across the line, third Ultra team and fourth team overall. We were fuelled on hatred (Peter), Nuun tablets (mostly JJ, but sometimes the rest of us got some), pasta (Marky), cold brew (Todd), Run Fast, Eat Slow muffins (Clare) and whole wheat wraps with peanut butter and bananas (me).

This has become a bit of a yearly tradition for us and I love being able to do such an phenomenal team event with a group of some of my best friends.

As we mentioned, we made a movie that is collecting votes, so if you have a moment, head over and give it a watch and a vote here. I will leave you with a few photos of the event. 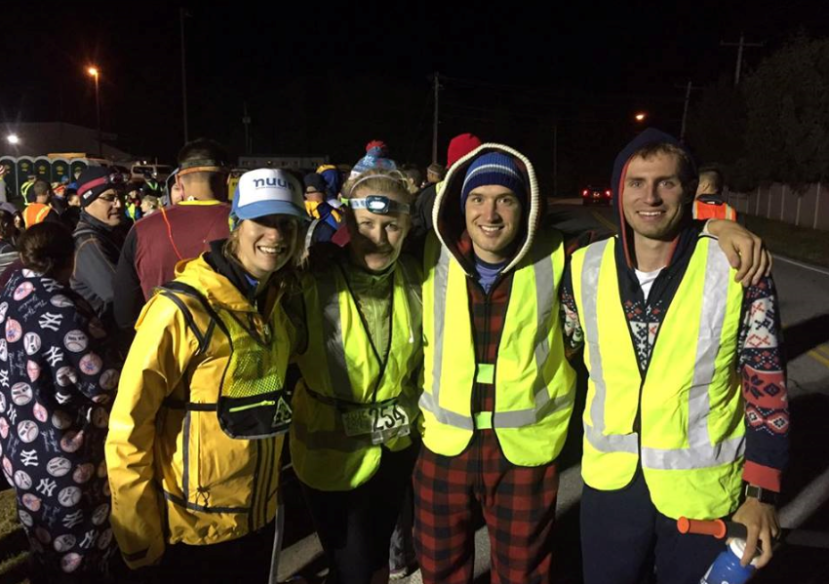 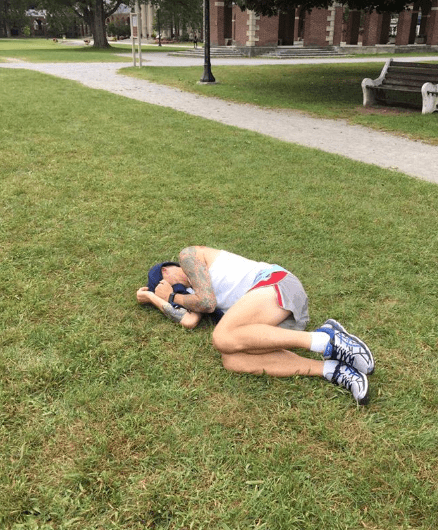 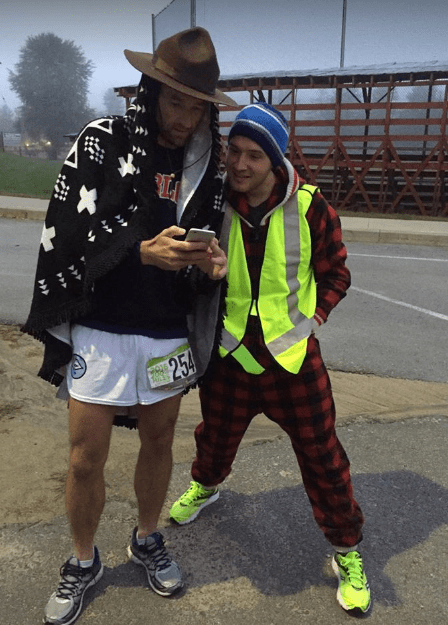