Recently, Mark and I were watching a show where a couple was having a fight of epic proportions. I smiled at him smugly and made a comment about how glad I was that we NEVER fought like that.

He looked at me incredulously from the other side of the couch.

“Have you been on our brick runs together? There is literally no other time that we fight other than when you lose your mind on your brick runs.”

Since starting to train as a triathlete, I have found the world to be littered with jargon because it uses the language of three different sports and then creates some for itself for good measure. That being said, I am going to try and not do that today, so straight out of the gate, a brick run is the stacking of two workouts. Traditionally, it is a bike ride followed immediately by the run. And I hate it.

It’s not that I can’t hold pace during the run or that my form is broken down. The issue lies in the fact that for some reason, my brain refuses to acknowledge the run as part of the overall workout and I suffer accordingly.

I decided to write this post because of a recent comment from a reader that asked if I ever had a bad workout because they were struggling to get back to fitness. I realised I had done all of you a disservice. I am not prancing through my training blocks and feeling GOOD and GREAT and AWESOME for each one. If Little Bow Bow taught us anything, it is that you need to take what you see on social media with a grain of salt.

And because I appear to have blinders on, I figured the best person to share about how truly insufferable I can be on a brick run was the human who needed to suffer through the largest number of them with me, Mark Cullen: 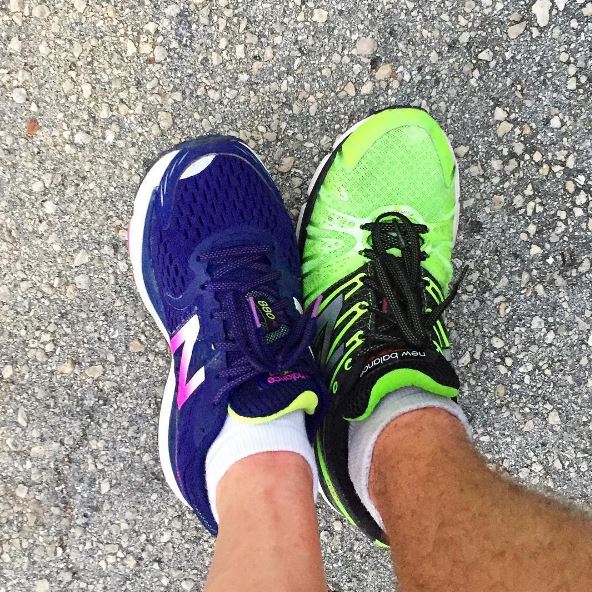 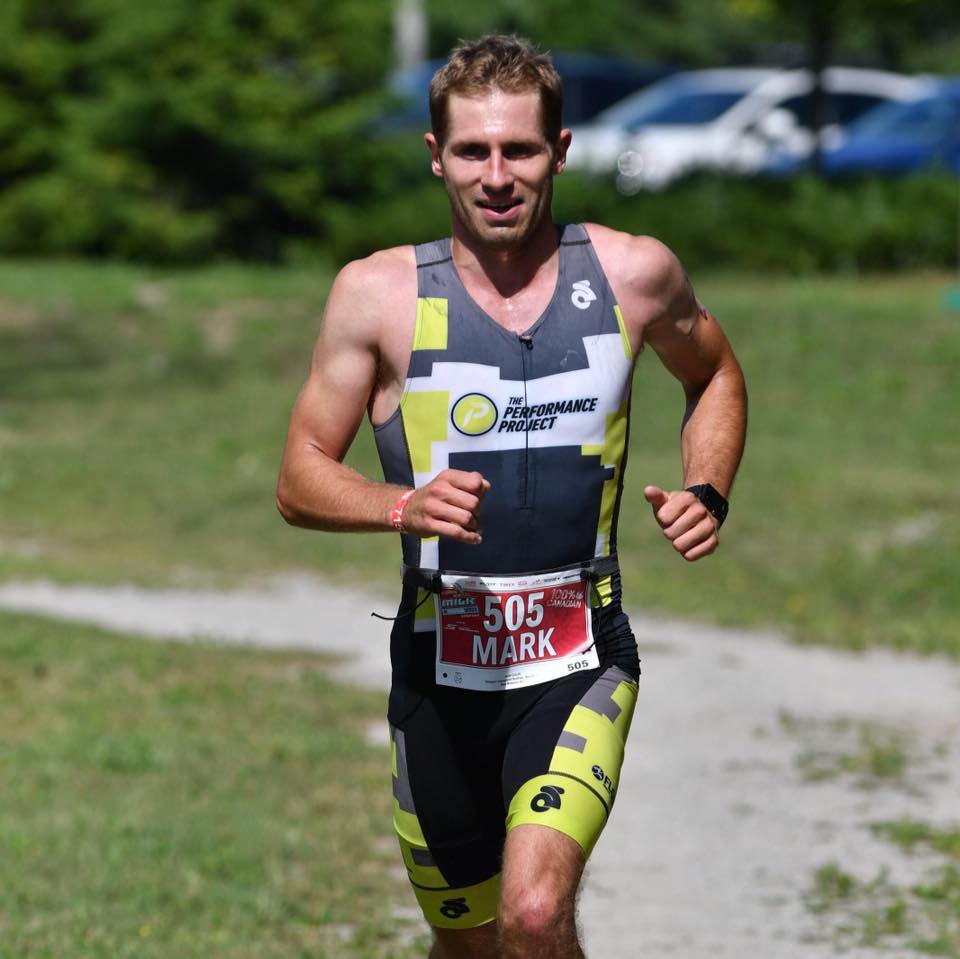 Off the bike, on the run! The BRICK is a classic workout for triathletes of all distances. Those who have done them know just how challenging those first few kilometers can be with those heavy (brick-like) legs that you have to battle as you try and settle into your running form.

This workout has come to be one of my (Mark) favorite workouts in my training!

For this week’s MILE 23 I am making a guest appearance to tell the tale of one individual’s total change in persona when she hits the road on brick runs. This edition is titled “BRICK RUNS WITH LATTE!”

Those of you who know Latte (Jess) know she is one of the kindest and nicest people you will ever meet. She has a serious competitive side to go with that and takes her training very seriously. BRICK runs are when the niceness goes out the window and Latte the competitor comes out!

When I tell you MOST of the arguments myself and Latte have had in our relationship have been on brick runs, I truly am not lying!

Some of the reasons I have been yelled at during brick runs include (but are not limited to):

– for running 1 second per kilometer too fast than planned (I was feeling the speed that day!)
– for running too slow (I was tired that day!)
– for not giving the heads up early enough on when we will be turning next (It was a straight run on the same trail!)
– for the wind being right in our face for half the run (Blame Mother Nature, not me!)
-for running slightly ahead (I have no good excuse here, probably deserved to get yelled at, we tend to get a little competitive with one another)

Below is a depiction of Latte on a brick run…as jolly as ever! 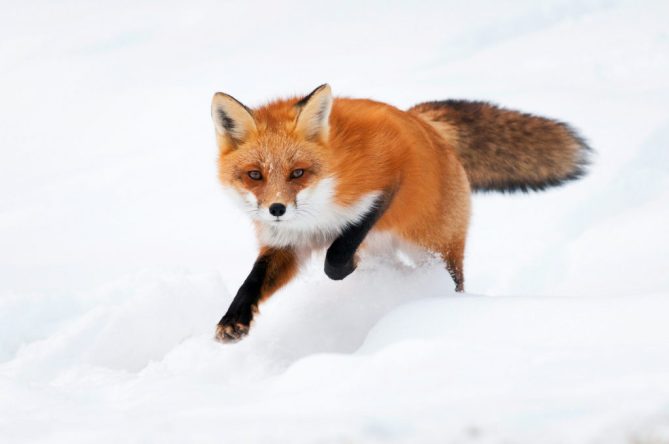 From these brick runs I have learned Latte has an inner fire that comes out in the Run leg of the triathlon that is to be feared…both for the speed she can dish out during the run as well as when you face the wrath of a yelling spree!

Looking forward to seeing you all out there on those brick runs! 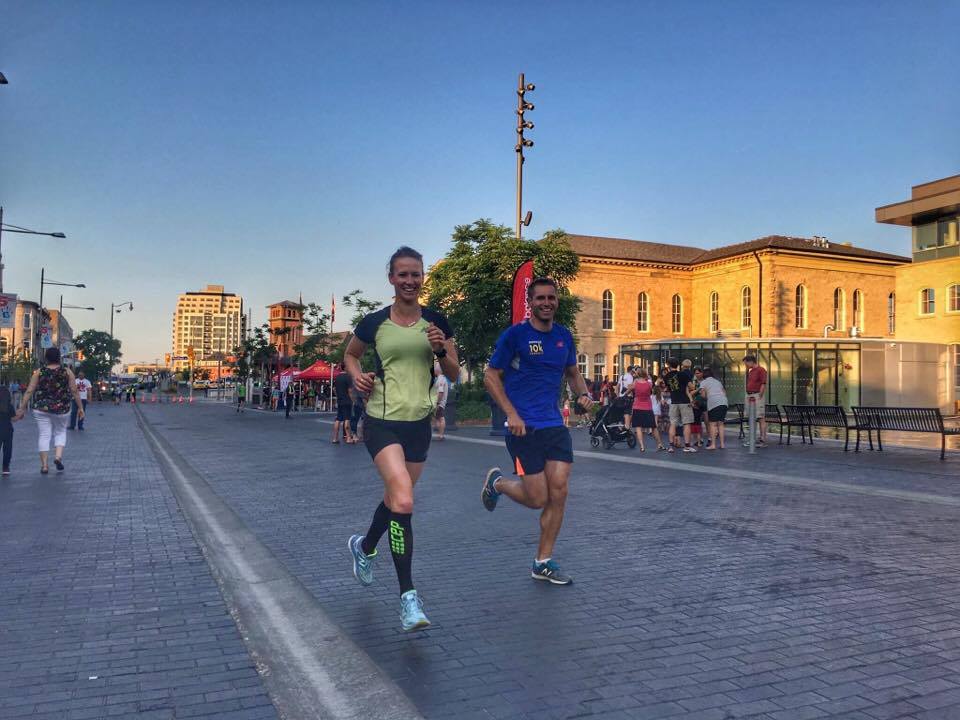 So I asked Mark to write this and he really was too kind so I will leave you with a story of perhaps the most epic brick run fail of all time.

We had just finished a three-hour indoor ride and it was terribly snowy outside. We had discussed while riding that we were going to run together and take it easy because of lack of footing.

We set out and I was slipping and sliding on the snow. About 1 KM, Mark started feeling good and pulled away and I watched his back retreating in the distance as I struggled through the run, feeling the weight of the OBVIOUS symbol he meant it to be: that I was slow and he was going to be leaving me as a result.

When I arrived back at my house, he was waiting to give me a high five. I instead walked past him, into my house and showered. I dutifully side stepped him in silence as I went into the kitchen and began making post workout pancakes. I saw him sit cautiously on the couch after his shower, eyeing me through the kitchen door. Now, I am the worst at holding grudges and being silent when I feel as if I have been wronged so I walked into the living room, pancake batter bowl in my hands and tears in my eyes and dramatically explained why his leaving on the run symbolised all that was to come for us.

He looked at me with wide eyes and said: “You got ALL that from a brick run?”

So in answer to the reader question – yes. I do have the occasional bad workout.