I introduced this series last week and I am so excited to introduce you to the first athlete I am featuring.

The series is titled My Sport Isn’t All I’m Crushing. Most of us have needed to deal with an injury here or there but what I am talking about is something that stops someone in their tracks for an indefinite amount of time and often affects them for the rest of their lives. These are not all illnesses, some of them are disabilities, bad experiences, etc. This is not a one size fits all and is meant to celebrate these athletes.

I have lined up a pretty incredible series of athletes to share their stories and today, we are starting with Ryan.

When I first met Ryan Correy – I thought he was pretty incredible. He was genuinely interested in what events I was competing in and he had a wealth of knowledge and experience on proper endurance fuelling. He oversees the Canadian program for Hammer Nutrition and I met him through being a proud member of their athlete ambassador team. Then, I read his book and realised he was seriously next level incredible (because he would never tell you) and have been one of the world’s biggest fans of both him and his kick-ass wife, Sarah ever since. 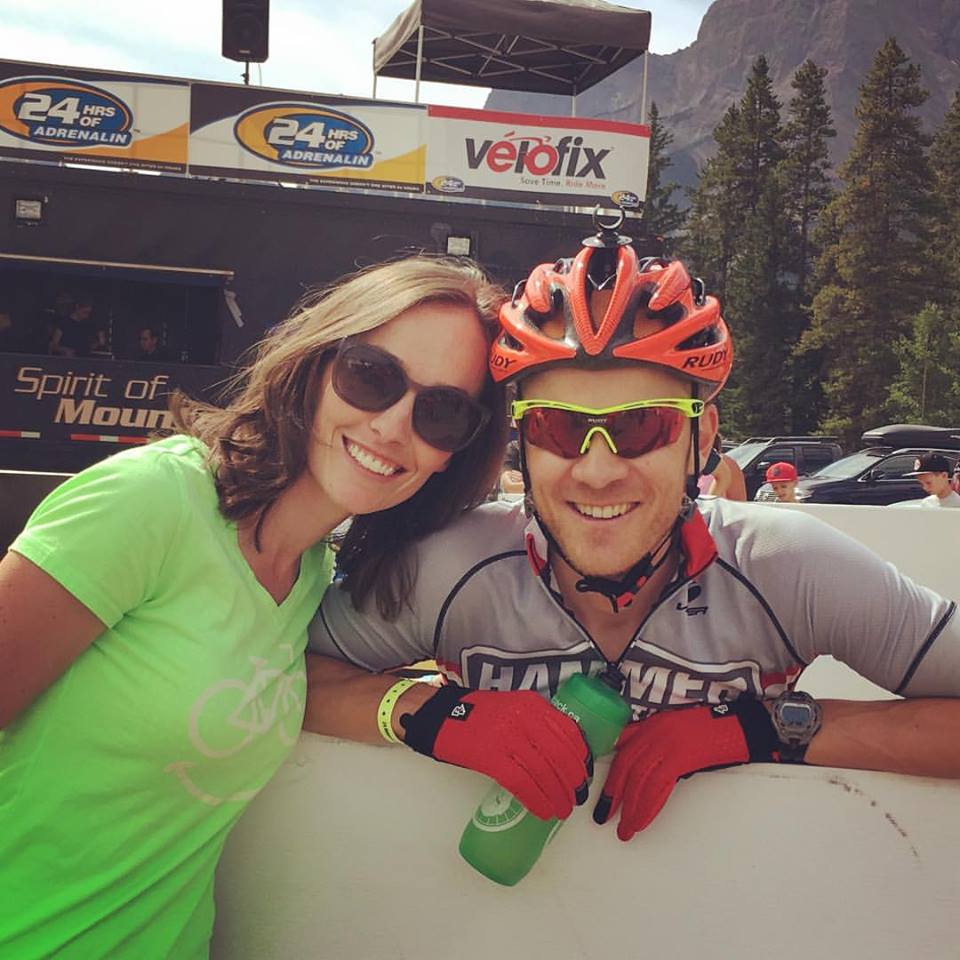 Ryan is one of Canada’s most accomplished adventure cyclists. His resume includes a 25,000 km epic tour from Alaska to Argentina, the grueling Race Across America, 4,418 km of remote mountain terrain on the Tour Divide, a crippling 6 day 20 hour stationary cycling record attempt, several 24 hour MTB races, Ironman, the sweltering Arizona Trail, and a yo-yo of the infamous Icefields Parkway (in the dead of winter). And that is just getting started.

Recently though, on the heels of winning a 24-hour bike race, he received some news that shocked him and those of us who know and love him.

It is the kind of diagnosis that takes your breath away and makes everything stop.

He is one of the bravest, strongest athletes I know and it was an honour to get to catch up with him on his journey.

What is your proudest moment in cycling?

Each adventure has a special place in my heart – the Race Across America (RAAM), Tour Divide, Arizona Trail, multiple 24 Hour MTB victories, and more – hard to pick just one moment.  Most recently, however, a friend who had fallen out of love with cycling (many years ago), he said that me introducing him to bikepacking had sparked a new interest. I’m pretty proud of that.

What do you love most about cycling?

Through hard work and headwinds, cycling has given me everything I know – travel, a career, a strong body, and ultimately a sense of purpose. 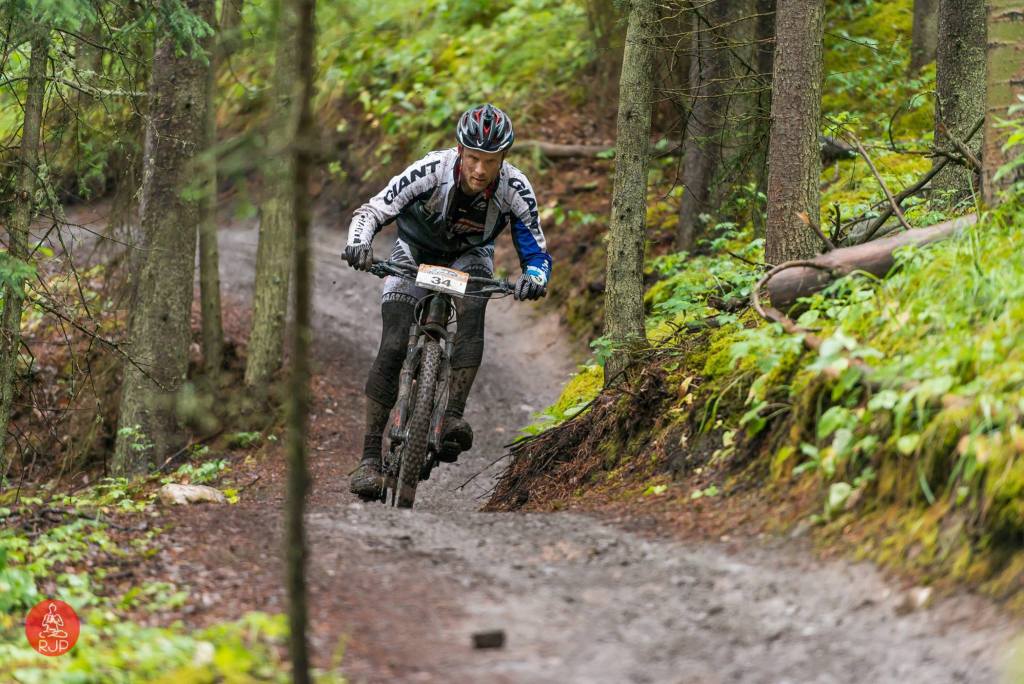 What did a typical training week look like for you when you were in the peak of competition?

I have never been one to use gadgets or keep track of my workouts, but three hours / day on my mountain bike, 5 days / week is a safe average for May-June (bikepacking tours bring up that average). In winter, you can usually find me in Arizona leading road cycling camps. None of this I label training, a term that I associate with force-fed efforts, and maybe that is why I have found some success. “Find a job that you like and you will never work another day in your life,” so they say.

Tell me a little about this year – how did your cancer diagnosis come about?

In early June I started having irregular stomach pains and bowel movements. Blood tests, an ultrasound and CT scan ensued. The day after winning the 24 Hours of Adrenalin (July 16th), one of the most dramatic finishes of my career, our family Dr. informed us that cancer was a strong likelihood. The following week I had a PET scan and colonoscopy/gastroscopy combo. The disease was confirmed then as being Stage IV, and having spread to my liver. Chemotherapy treatments would begin one month later.

What does a typical day look like for you right now?

Outside of what I call the “Chemo haze” (the week right after each IV), where I’m pretty much housebound and just trying to get over the toxicity, an hour of activity would be a big win, either walking, light weights, or getting out for an easy ride. The rest of my time is spent on community engagement for Hammer Nutrition Canada (www.hammernutrition.ca), cultivating the Bikepack Canada scene (www.bikepack.ca), writing for an hour or so, and stoking the next entrepreneurial odyssey. 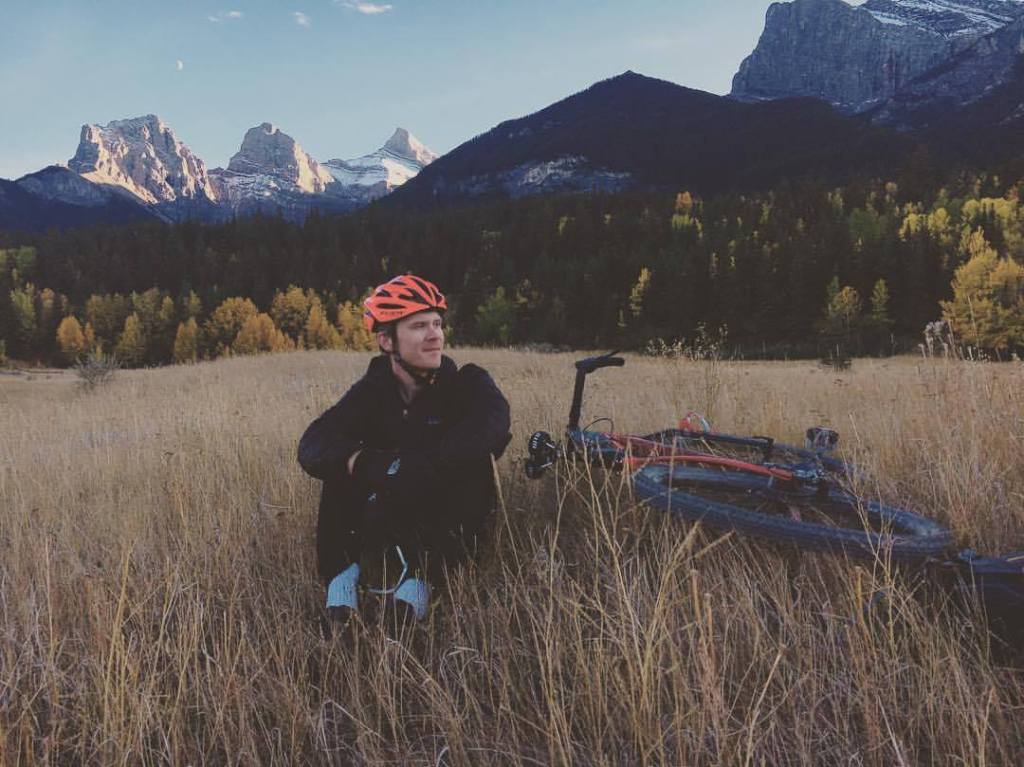 What is something that is better in your life since your diagnosis?

Relationships with those around me (and the extended community), for sure. The beauty of people really shows during turbulent times.

How has your history in competitive cycling fueled your stoicism and focus since you have found out about your cancer?

After completing many of the world’s toughest endurance events, having to puke or shit my brains out feels rather commonplace on the ‘It could be worse’ scale, thank god. I’m also keeping in the dark on how most navigate these waters. Google and YouTube are a big hole for conspiracy theories on drugs, alternative treatments, and swinging emotions. From Day 1, I chose instead to view this like a more tangible medical issue (such as a broken leg) that could be solved with trust in the process and relying on my athlete tool belt. The fact that I spend 30 minutes a day just stretching and rolling out gives me a huge leg up on the average person that gets cancer from environmental factors…just imagine, half the battle is to educate patients on how to eat properly, to quit smoking, or to start including light activity in their lives. Walking alone, I still try to cover at least 30 km/week.

What were some of the things you needed to learn that you didn’t have before?

I’m amazed at how much of the cancer journey is still a crapshoot. Take sugar for example, one nutritionist gave me a list of go-to products such as Ensure and Jell-O. These both have high levels of sugar…in fairness, I think she was concerned with keeping my weight up, but it was still a list for anyone entering treatment. Next month, there is a CBC feature on a sugar likely fueling cancer cells. The lesson: Professionals do not necessarily have all the answers. The reminder: Listen to your body.

You have some pretty incredible projects that have been born from this, including a book. What inspired that and what does that look like for you right now?

My first book, ‘A Purpose Ridden’, it was released back in May 2015. The goal was to catalogue all of my adventures since riding across Canada at age 13. If someone wanted to share in the adventure, even better! That project has spawned into a bikepacking guidebook (coming May 2018) and a new addition of stories, titled ‘ The Resolute Divide’. This cancer diagnoses will no doubt serve as a formative arc. 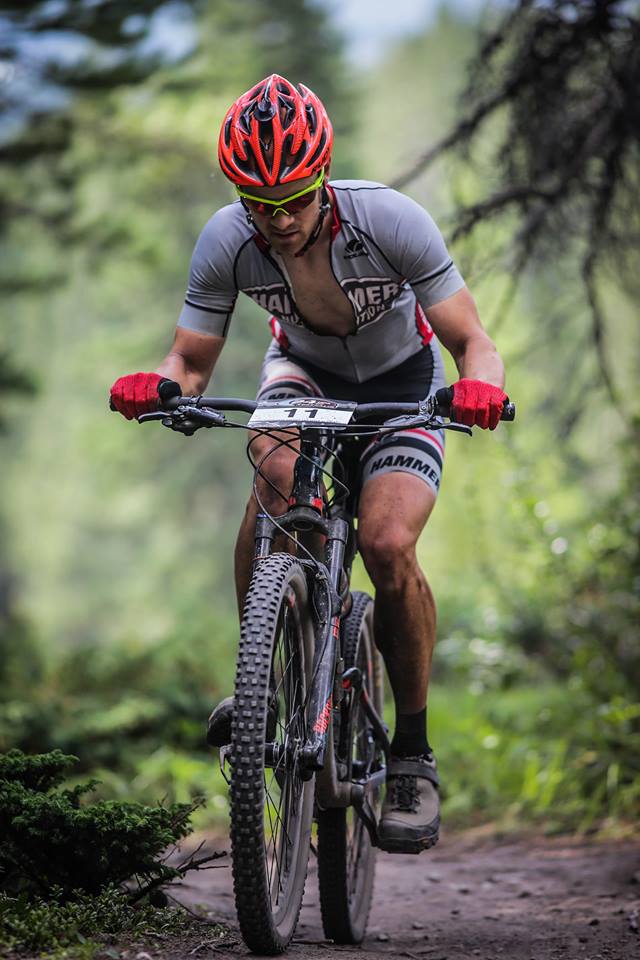 Where can people find you/support your journey?

www.ryancorrey.com is a good place to start.

Thanks for sharing my story!

Ryan didn’t mention it but there is an option to give a donation to him on his website and the reality is, when something takes you away from your regular routine, it’s expensive. Another option is to buy his book. I talked about what I loved about it here.

A big thank you to Ryan for participating in this series. He is an open book and we are certainly all better for it as we watch him absolutely crushing it!