Thank you for all of your support and kind words for Ryan last week.  When I was brainstorming this series, I was blown away by the amount of people in my life who are tackling something big and I am excited that I get to share their incredible journeys.

Today, I caught up with Edwin Vane. I met Edwin at a triathlon training camp a couple years ago and we both train with Performance Project. Edwin is a talented and accomplished triathlete (he just did the KONA World Championships last year) and was just getting his season underway when it came to an abrupt halt this year. 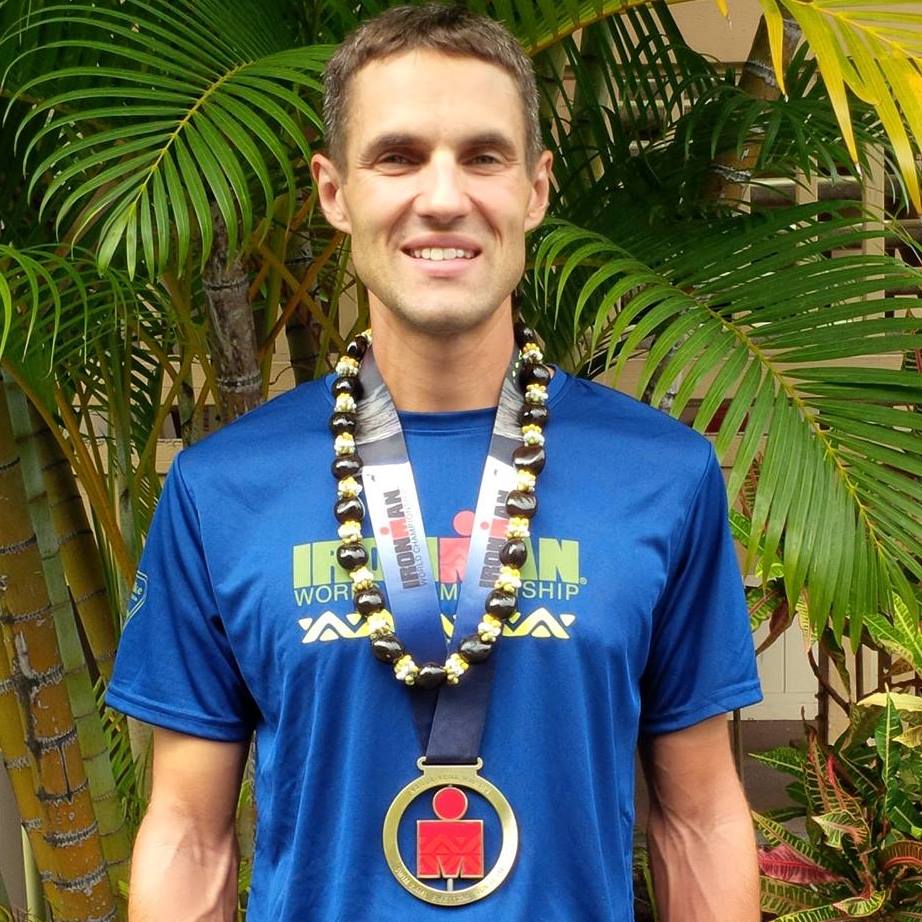 Tell us about your sport. What do you do and how did you get into it?

My sport is triathlon. It’s a race involving three sports back-to-back: swimming, biking, and running in that order. They come in all sorts of distances from try-a-tri at roughly 13km to Ironman-distance at 226km and beyond. I got into it when a group of friends decided to do a try-a-tri. I watched their first race and they convinced me to join them for their next race. I had absolutely no athletic background so it was a bit of a hard sell but I eventually did start training with them. I wasn’t exactly sold after the first race; in fact I remember feeling quite ill after the swim in Lake Ontario. However, after doing another race I started to realize I actually possessed some sort of athletic talent. This was a significant revelation for me and ever since then I’ve been chasing the question of “how far can I take it?”.

What did a regular training week look like for you in competition?

My training depends on the distance I’m tackling. When my goal is Ironman, I can log 19 hours of training in a week, a big chunk of that being on the weekends with 5-6 hour rides and 3 hour runs. This year my goal was to qualify for Ironman 70.3 World Championships so the training time was less but more of that was spent at a higher intensity. Weekday mornings, I was up at 5:30 to do a workout. I had swims at least three times a week, bike rides three times a week, running several times a week, and a strength workout once a week. I was active every day, even in recovery.

What has been your proudest moment in triathlon?

My proudest moment is without a doubt competing for the first time at Ironman World Championships in Kailua-Kona, Hawaii in 2016. A close second would be finishing Ironman Lake Placid under my goal of ten hours and qualifying for Kona.

You had a pretty big accident earlier this year – describe what happened.

I was heading out for an easy ride at the end of a recovery week after racing Ironman 70.3 Muncie. I was not even ten minutes into my ride when I made a right-hand turn I had made hundreds of times before when my wheels lost traction. It was a total surprise and I had no chance to react. I landed on my right side and slid into the middle of the road. Thankfully there was no traffic around. I was in a lot of pain but didn’t suspect anything unusual was wrong. My right foot was still clipped in so I dragged myself and the bike to the side of the road. Once I got to the side I tried to get my right foot unclipped from the pedal but was in so much pain that I couldn’t get it out. About this time, the people from the house I had crashed right in front of came running up, having heard the  crash. They helped me get my foot out of my shoe and finally separated me from my bike. Some motorcyclists showed up not long after and I had a whole crew of people trying to clean road rash, calling for an ambulance, and trying to keep me as comfortable as possible. During all of this I discovered that changing my hip angle was excruciating so when the paramedics arrived and lifted me onto the stretcher, trying their best to keep me immobile, it still wasn’t very fun. Every bump and corner on the way to the hospital hurt despite being administered with more and more morphine.  Turns out being lean and athletic means you need more morphine before it starts working. At the hospital, xrays revealed the bad news: a broken hip. 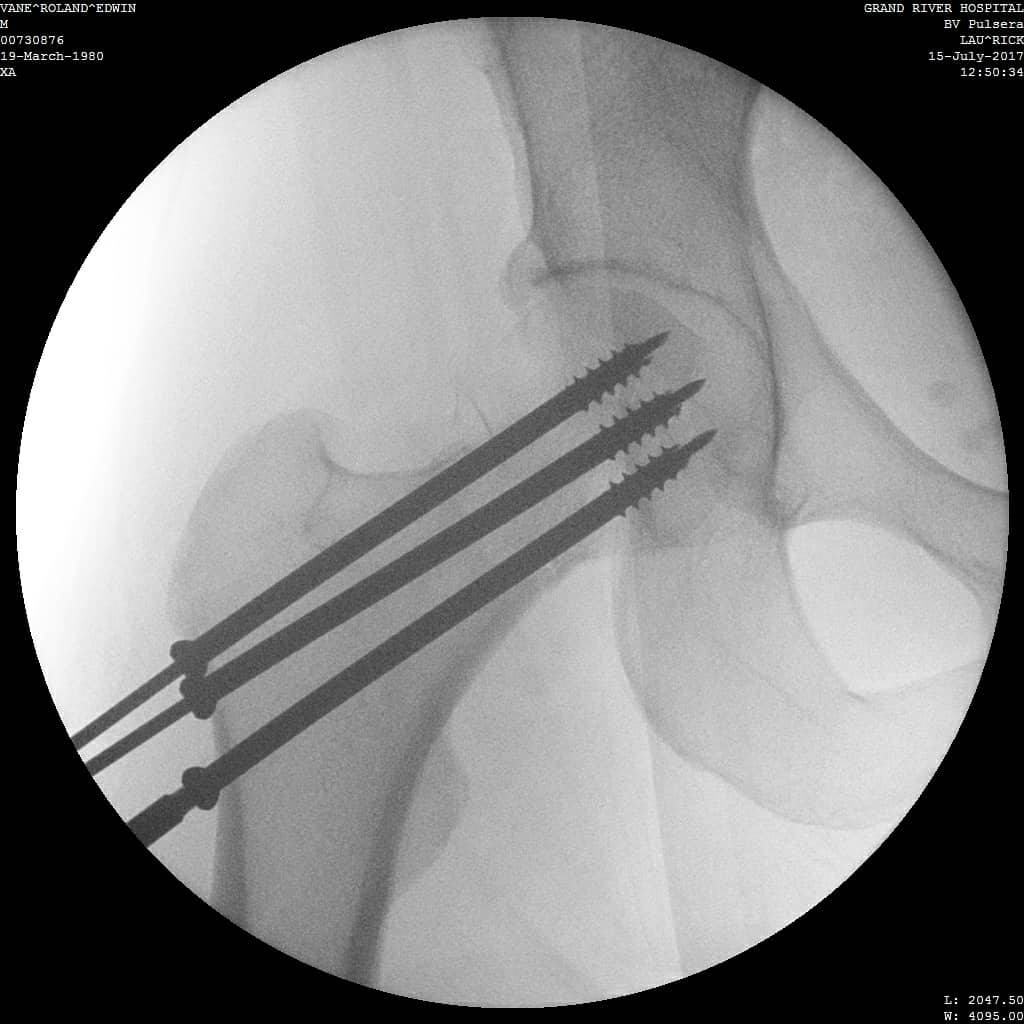 What does your training look like at the moment?

I wouldn’t call it training. For 6 weeks I couldn’t do much of anything except my mobility and static muscle activation exercises. Walking with crutches I could apply toe-touch-weight only on my right leg. At 6 weeks I was cleared to swim with a pull buoy. The first swim was brutal and I was so sore afterwards. But I eventually worked my way up to 20km a week, 100% pull. Of course, I had fallen out of the routine of proper warm-ups and cool-downs so I soon ended up with a shoulder problem. At 13 weeks I was allowed to walk and since then my rehab has become more intense. More than an hour of strength exercises, water running, and easy spinning every day. It was nice to feel good muscle soreness again after so long.

Has your history in triathlon helped with the healing process? If so, how?

Definitely. Being a serious athlete and having a high level of fitness and flexibility has helped speed my healing process. Perhaps not the bone healing part, but my strength and flexibility are returning quickly. I’ve only just realized that the mental toughness training you get by spending long hours pushing yourself alone in your basement or out on the road is helping with overall positivity and focus during the long healing process. 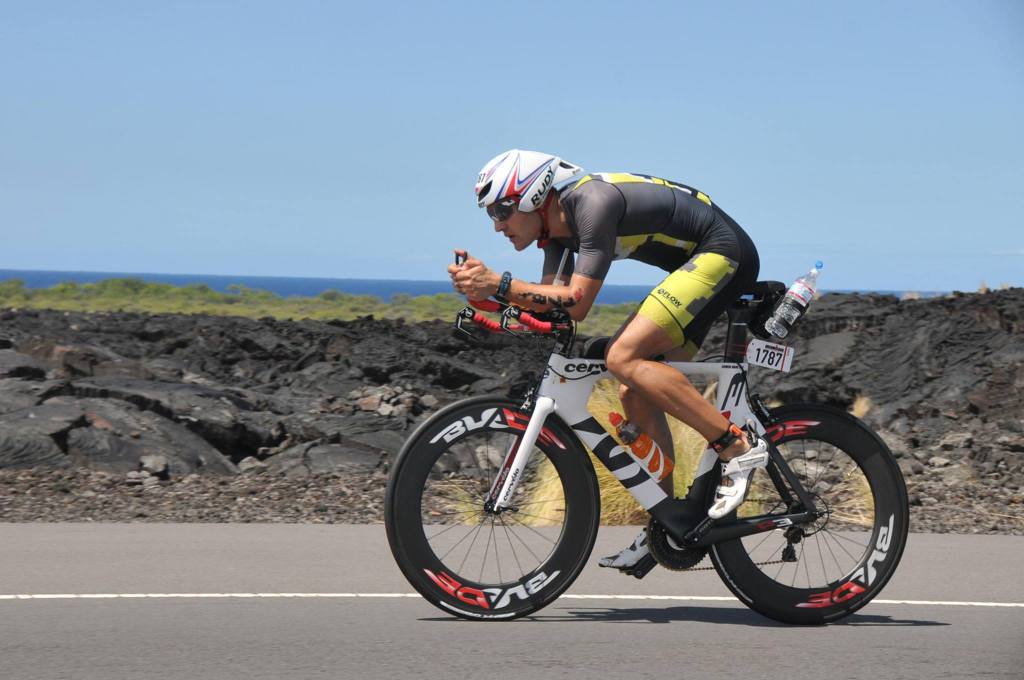 What was the biggest thing that you have learned since the accident?

I learned interesting things about myself. Maybe it’s the mental toughness but I was actually surprised I wasn’t more depressed about the whole situation. My two races this year were supposed to be break-out efforts and were felled by some weird coughing reaction on the run. My wife and I recently separated. The accident was thus the proverbial “third bad thing”. Despite my life being turned upside down I was surprisingly even-keeled about it. There were bad days of course but overall I was relatively good. Triathlon has been the source of my physical metamorphosis since I started but apparently, it has transformed my mind as well.

I also learned I have a lot of great friends. Since I was living alone throughout my healing process I relied on friends for everything: cleaning, groceries, weeding the garden, getting to appointments, everything. It is really hard for me to rely on others to that extent. I had so many offers for help and people actually came through when I needed them. I am so grateful for all of their help.

Not entirely sure. When I first met my surgeon the day of the accident the rough estimate was one year until 100%. I expect I’ll get there faster given my age and fitness level. I hope to start doing spin workouts and actually work out before the end of the year. Running, starting with the treadmill, will probably not be until at least the spring. At this point, we’re not sure if there’s soft tissue damage to worry about and we won’t know until I try to run again. I’m focused on trying to build strength in my leg right now but working back to my old fitness level and level of competition is going to take a while.

Do you have any plans for future competition? If so, what do you have in mind?

So far I’m still signed up for Ironman 70.3 Mont Tremblant in 2018. Who knows what shape I’ll be in by then. I still fully intend to return to racing and I want to go back to Kona to race it properly.

I’m also thinking about adventure racing. It sounds like a ton of fun. I have no definite plans in that department though.

A big thank you to Edwin for participating in this series. If you are dreading a workout today, just practice some gratefulness that you are able to and take Edwin’s advice to heart – Don’t Break Your Hip.

Tune in next week for another story that will inspire you!