we actually needed to recover from it.

I have been trying to get this post up for the last number of hours. Interruptions of phone calls and the first half of the post unexplainably vanishing leaves me with this:

I have been walking around all day in an exhausted haze that can only come from returning triumphant from a really exceptional adventure. A 12 hour drive south with a good friend felt more like an extended coffee break with a carefully crafted soundtrack than a painful pilgrimage.

We arrived in Nashville, TN on Sunday night and promptly fell into bed. The next morning began with truly awful coffee but as coffee addicts all understand, it doesn’t matter what the first cup tastes like, it just matters that there is caffeine in your system. 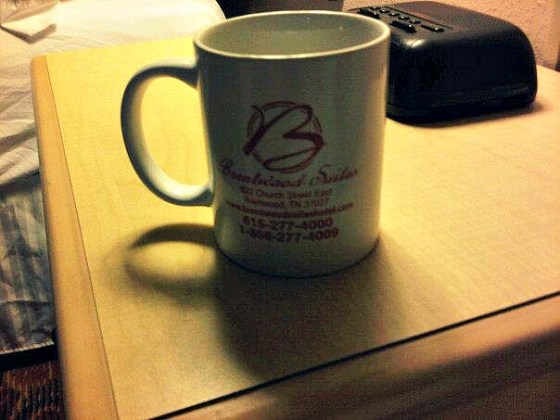 O. And if the pictures look grainy and horrid – you do not have exceptional taste – they are grainy and horrid. We both forgot our cameras at home so my cell phone was the photographic warrior of the trip.

We headed to The Pancake Pantry to meet up with one of Kaitlyn’s friends and try out some of Nashville’s award winning, fresh pancakes. 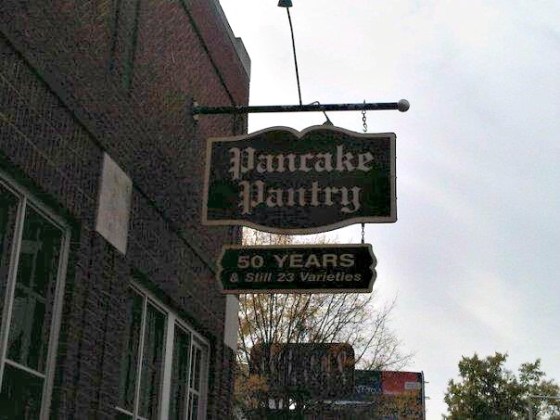 By the time we were seated, it was more like noon our time and considering we had not eaten dinner before falling into bed the night before, it was utter carnage that was wrecked upon my omelette and pancakes. I will never be a food blogger because all I can say is it was…beyond.

Afterwards, we headed to Whole Foods where I stocked up on my favourite USA brand health foods that Canada does not carry. Then, our musical experience began.

We headed to Third Man Records which is Jack White’s recording studio (from the White Stripes). 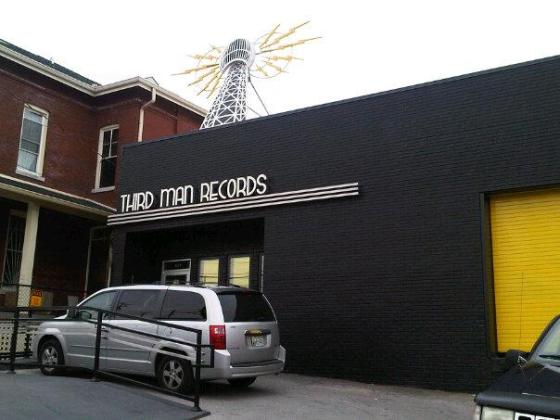 Other scenes from Nashville: 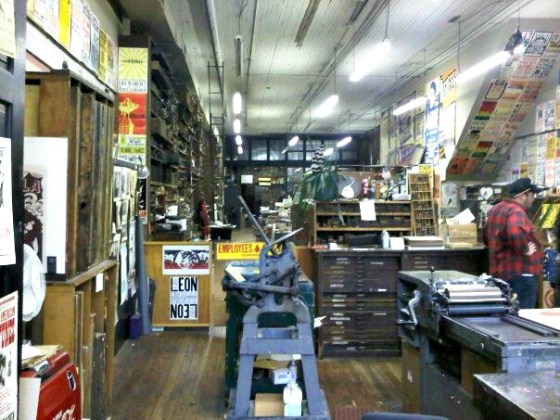 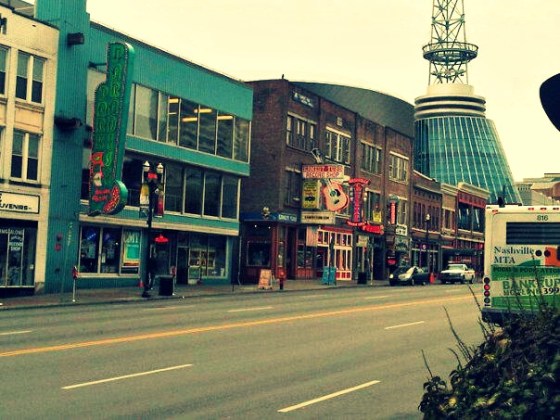 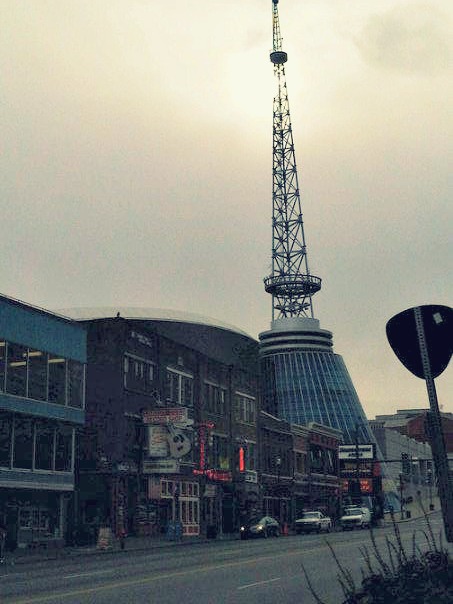 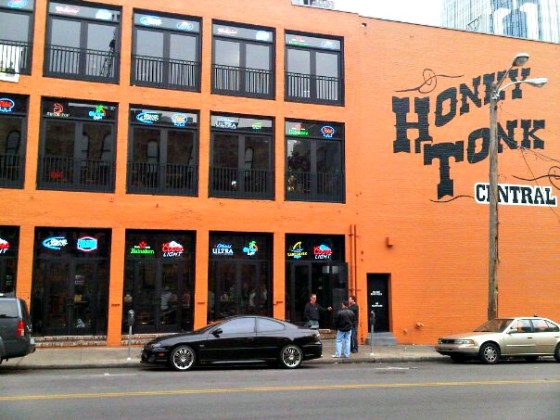 After exploring the city, we headed for dinner and the only reason I share this with you is because it was absolutely last meal of life worthy. We ate at this incredible little restaurant that was recommended to us by Kaitlyn’s local friend, so we headed out of downtown Nashville to a sleepier side of the city and tried out this gem.

They hand make their sodas so I lived out my childhood dream of having a chocolate soda (pop). 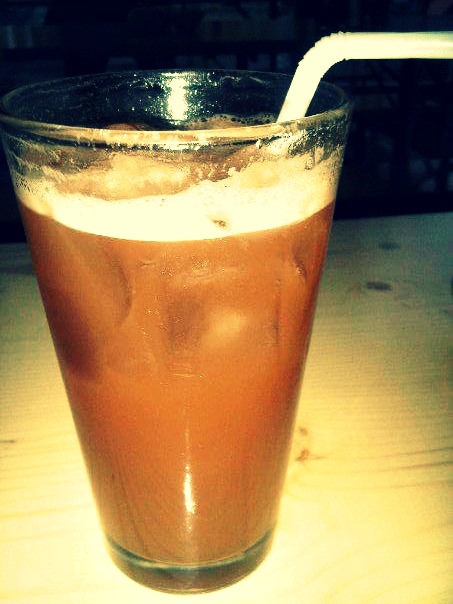 Sound gross?
It was… 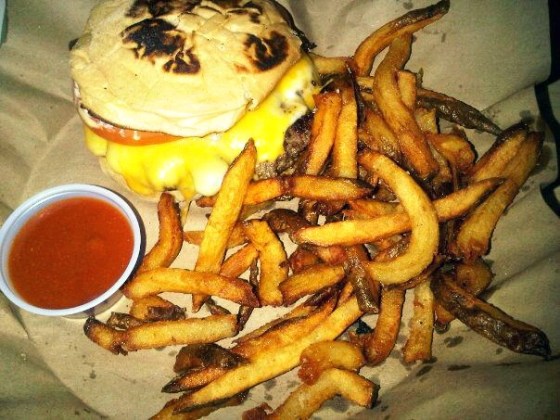 This was the last meal we bought on the trip. This was such an intense and glorious food experience we actually needed to recover from it. I had a cheeseburger with three different kinds of cheese and garlic aioli. And curry ketchup for my fries, which, in case you care, were exactly how I love them.

We spent the next hour walking through Nashville, exploring the chintzy shops – Cowboy Jesus, anyone? 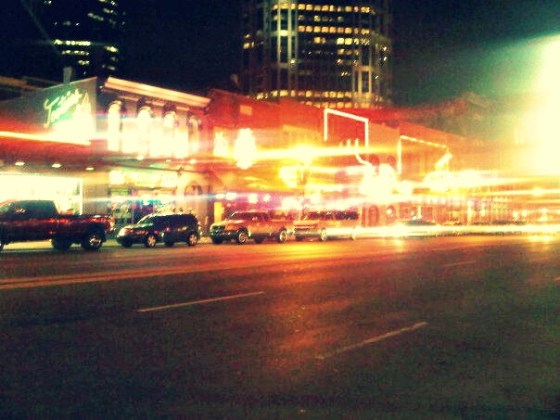 And then, we headed to the main event: 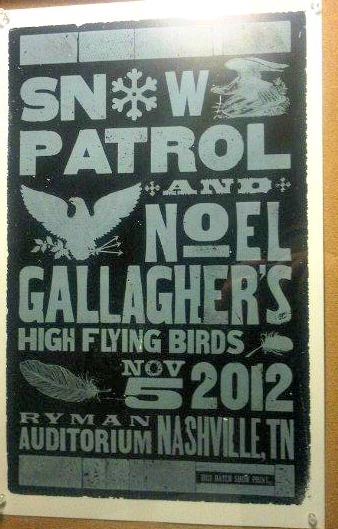 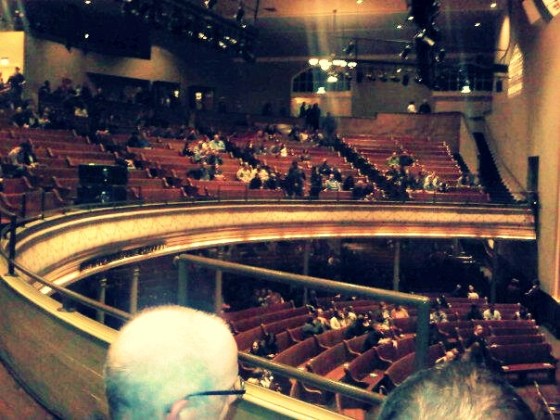 I captured the photo above and then it was announced that photography was strictly forbidden and I meekly put the phone away.

The concert was beyond incredible. Noel Gallagher performed all my favourites and was every bit as brooding and witty as I hoped he would be.

Snow Patrol put on a wonderful performance and both groups were professional, talented and hilarious – true performers. It was such a rush to see both of them at the Ryman with a friend who loves music even more than me.

We made brilliant time on the way home, stopping to refuel in Kentucky and Ohio with both gasoline and caffeine. It was a delight to just go and explore another part of the world for a weekend.

I am off to unpack and repack for this weekend when I head to Arizona for business training!

May your week be full of adventures!