So, I don’t want to be dramatic or anything, but I literally went on the BEST run of my training plan this summer on Sunday. 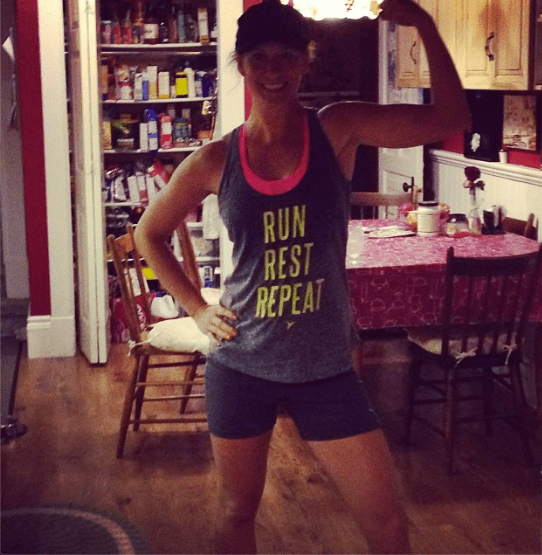 It was raining, I got a late start, I had raced the day before, and I was only supposed to run 32 km as I started to taper for the big day. But I knew I needed to run 40 km to prove to myself that I could do it and do it quickly, no matter how silly or how much it hurt. So I set out without music, without my normal snacks and with my rain gear.

It was a magical run. I was recently trying to describe runners high to my trail clinic participants and this run was riddled with it. 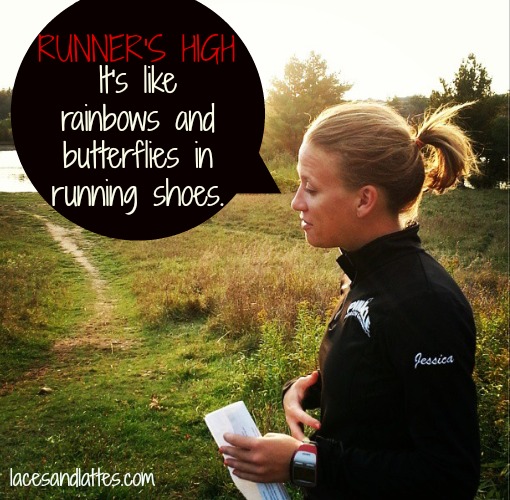 Anyways, as I was heading back into the sleepy little town where I live, I had one thing on my mind. 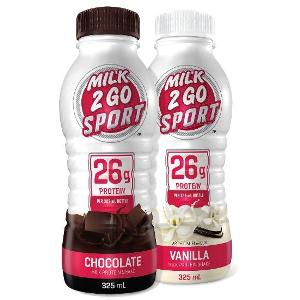 I have tried to cut out dairy products before my runs to keep my air ways clear, but the same almond milk protein shake post-workout gets old. I have a hard time eating anything for about an hour after a run, which is why I rely on protein shakes or drinks to help kick start the recovery process for me. When Milk 2 Go Sport asked me to try out their new line, I was totally on board for a special treat in the highest week of my training schedule. 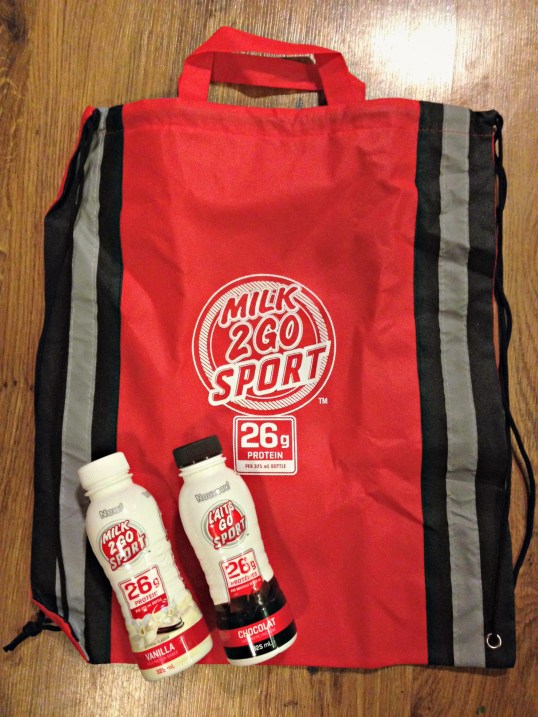 To me, the stats were quite impressive, although I think a sugar comparison would be helpful because that is one thing I try to be mindful in my consumption. 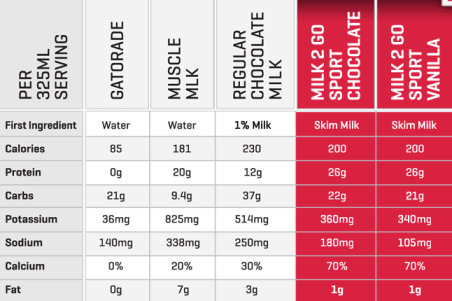 The high protein content definitely captured my attention, but what I was really focused on was whether or not they tasted good! 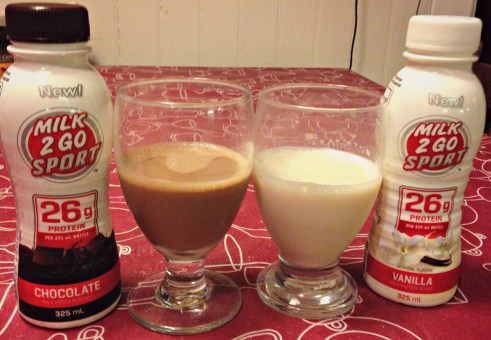 I sampled the vanilla one first. I probably am not the greatest judge for a flavour for anything other than chocolate or peanut butter, but I was underwhelmed. Which means that anyone who loves vanilla will go nuts over it! I also felt as if I could taste the protein in the vanilla.

Here are the stats for the vanilla:

I went for the chocolate one next, which I knew I had a better chance of liking. I absolutely loved it. I didn’t taste the protein and it was a solid hit of deliciousness without a sugar rush. I would buy this post-race again.

Stats for the chocolate.

I was really impressed by both shakes and how I felt in recovery on them. They are a Canadian product, manufactured in Ottawa and can be found at all major grocery and convenience stores across Canada, retailing from $1.99 – $2.49. I wouldn’t buy this for an every day occurrence, but it worked fabulously as a post-workout refueller.  I followed them up with an ice bath, complete with two little creepers. 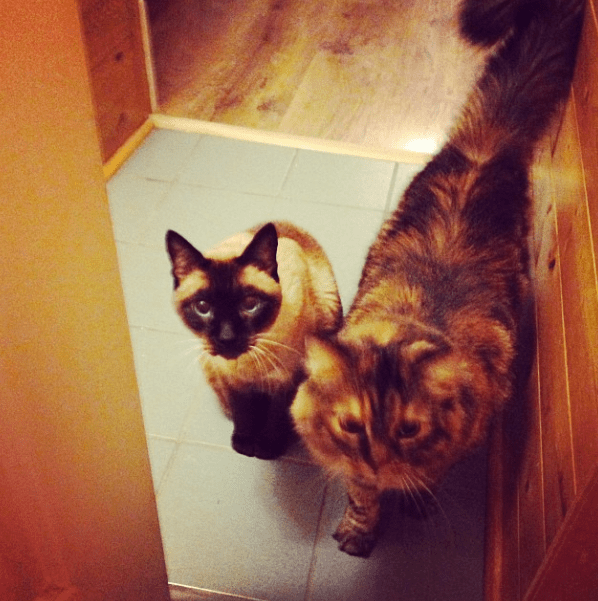 My post long run recovery sequence often begins with a long stretch out, including a cool down run if I have time, followed by a protein shake, ice bath, foam rolling and finally a big meal.

What is your post-run routine?