I love the anticipation that precedes a race: rising before the sun, swallowing coffee, lacing shoes, the starting line, the nonchalant veterans and nervous beginners, that extra trip to the toilets…just to be sure.

When you really think about it, a race should be a miserable thing. You are up before your brain is fully functioning, you are with a crowd of sweaty, intense people, and you know, you JUST KNOW, it is going to hurt.

But I run a race for the quiet endurance a long run requires and the feeling of triumph when you did it. No one else…YOU! I run for the experience to stand on the podium and get a medal and feel like a pro. And also for the free stuff, but I think that can go unexplained.

I had a race last Saturday and I have been trying to get the experience documented since.

It was a marvelous race. Without hesitation the best race I have ever ran in my life.

I ran the Terra Cotta race in the 5 Peaks series and it is described as the most technical race in the series.

I was out the door before 6, had my Tim Hortons coffee by 6:30 and was on the 401 by 7. Efficient. (I also had no idea where I was going, so I thought I would head early into being lost).

I actually found it quite easily and was greeted by this sign:` 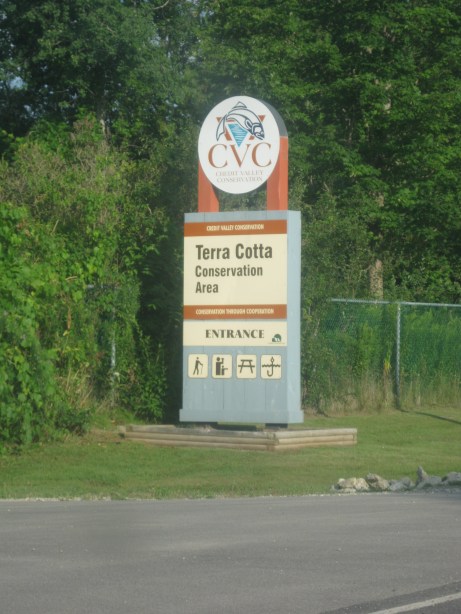 After registering and receiving my bib and swag…. 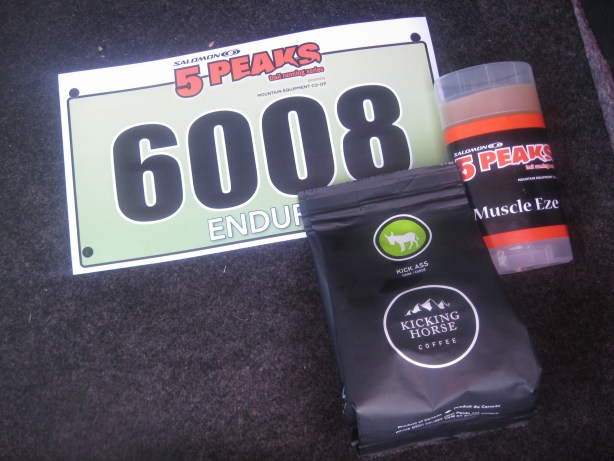 I went for more coffee. Now, before you hate on me for dehydrating myself…it was Kicking Horse coffee for FREE. Do NOT get me started on this coffee, I could write a post on this alone.

I was a bit early so I sat with my coffee and a book and read to relax. I was surprisingly not nervous at all for this race, and the book ensured that it stayed that way. Do not underestimate the benefits of having a good distraction with you before the race. 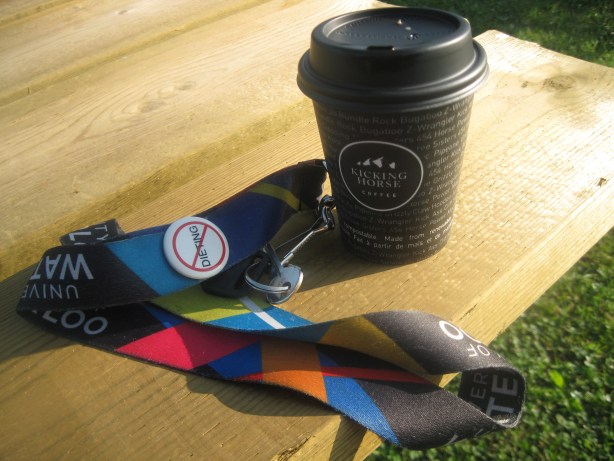 Just as a side note, I ran my first race in my Salomon trail shoes and they worked perfectly! 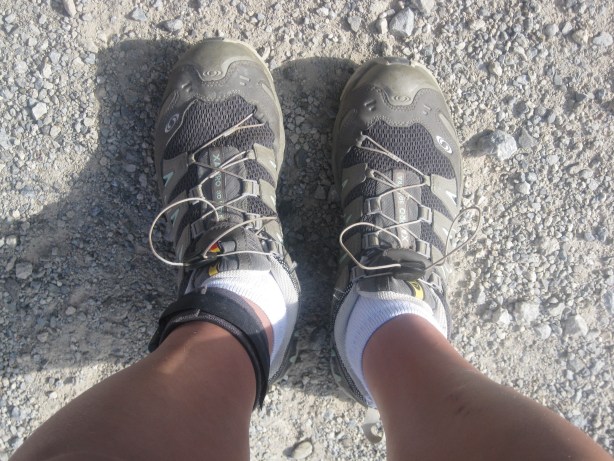 Battle scarred shins and all…

At 10 am, the race began. I made the mistake of starting a few waves behind where I should have. I had no idea where my 10 K time was, and I guesstimated at 50 min. It should have been closer to 40, because the first 1.5 K of the race, I was running slower then when I was training! I was able to pass enough people to hit my trail race stride at about 2 K.

The race began to get very technical at about 2 K and I focused on not tripping rather than speed. There was a rest station at about 4 K and because this was my first ever trail race, I was careful to stop completely and drink my water.

The hills began after that. Hills are and always will be my nemesis. I powered through, but in order to conserve energy I power walked the most difficult areas.

At the halfway point, I grabbed some “water” that turned out to actually be Gatorade. This turned out to be a blessed mistake and I had a surge of energy that carried me through over the hills.

My legs were tired as I neared the end, but I feel as if I did not push as hard as I could have because I was able to sprint at a ridiculous speed across the finish line (2 Km/min, anyone?).

I felt great after the race and the entire course was beautiful. Because of the amazing scenery, this was by far the most enjoyable race I have ever run. It was an almost relaxing experience powering through the trails and I finished with a decent time of 1:05:04 for 12 K of technical trail. It definitely boosted my confidence for my upcoming 50 K. A great experience from start to finish! 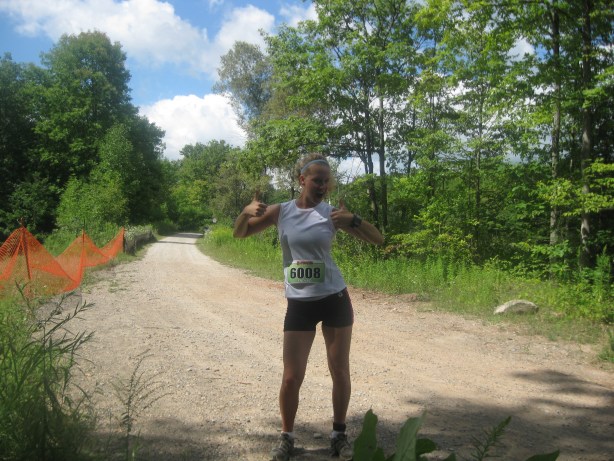