Last weekend, I packed up and headed to Michigan to the Yankee Springs Duathlon, the last in the series by Switchback Endurance.

We arrived at the race site late on Friday night and crashed at the cabin. It was such a treat to be right by the race site and roll out of bed in the morning to the start line. 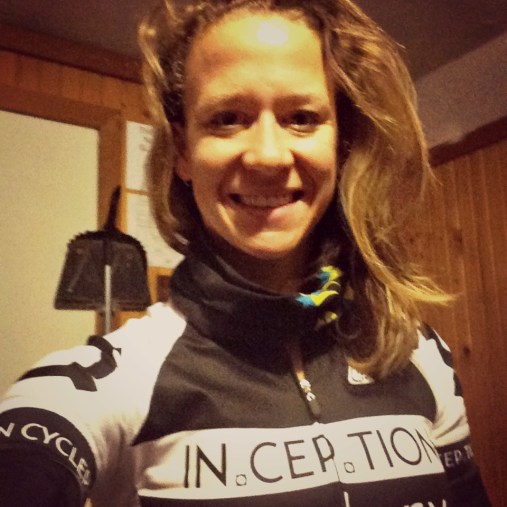 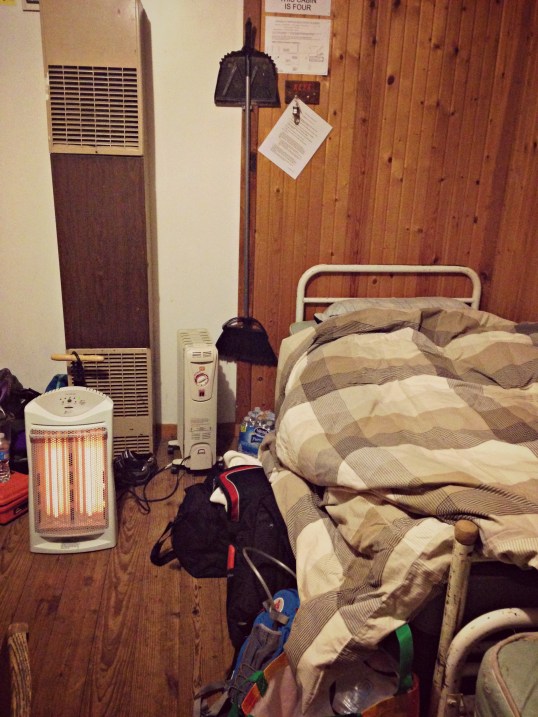 Thank goodness for the space heater in our little cabin!
And yes…I DO bring a duvet when I go into the wild. 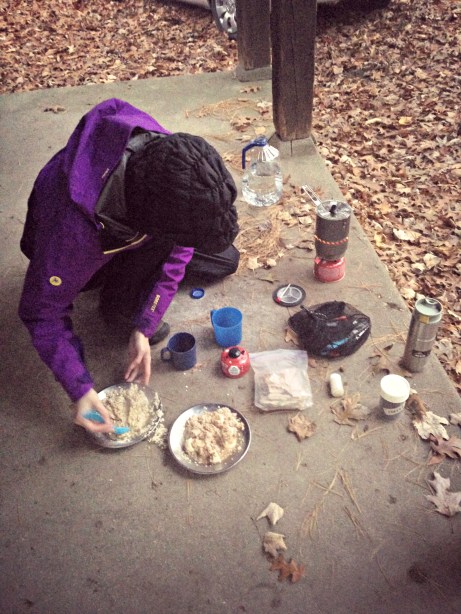 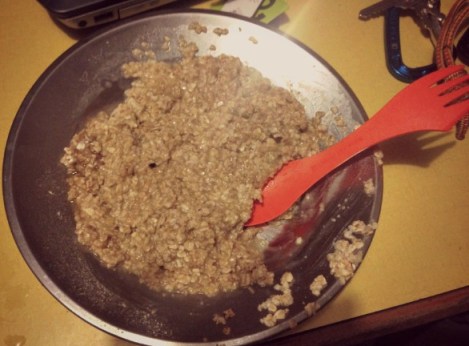 After eating eating three packets of oatmeal, drinking the strongest coffee ever and doing a few trails on my mountain bike, I headed to the starting line.

The first leg of the race was a 2.5 mile run. One of my first thoughts was “This is a LOT hillier than I thought!” I was able to tuck close to the head of the pack and finished in a decent time.

I hopped aboard the mountain bike provided by Inception Cyclery (reunited again and it feels SO GOOD!) 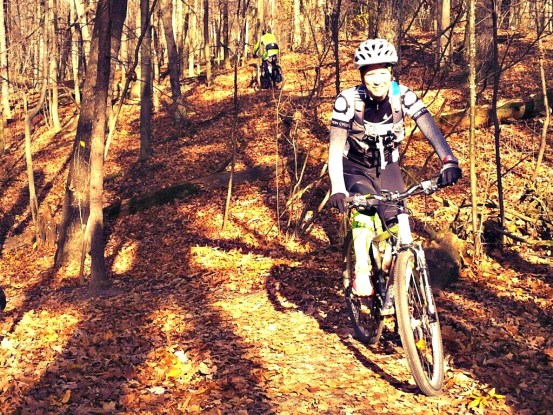 Now. There was the small detail of the fact that this was my second time on a mountain bike. A beautiful mountain bike, but even brilliance cannot make up for a directionally challenged rider.

I got lost on the course and ended up coming into the transition zone the wrong way. I always say though that if it will happen to someone, it will happen to me. And happen it did! But the mountain bike portion was 16 km of beautiful trails with hills, drops and gorgeous foliage. I had a blast and even though getting lost was a bit of a bummer, I knew that I was finishing with a 10 km run which was something that I do well!

I dropped the bike off in a fluster as I was relieved to have made it back in one piece and took off running. Oy! This is where that injury flared up. My achilles was not a happy camper at this point and was giving me a lot of pain. I ended up needing to walk the hills to prevent further damage and felt like I was moving at a snails pace. For about 3 km after the transition, I felt like my feet where wooden blocks, but I forced myself to keep running and eventually I sailed to the finish line! 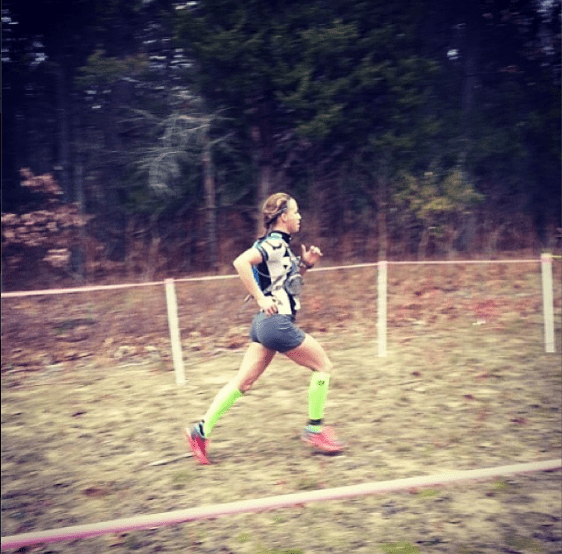 When I completed the race, I was not expecting much. I had tried hard, but I had ran it injured as the last race in my 2013 calendar and halfway through between a painful achilles and getting lost, I decided to just have fun and throw competition out the window. However, I came in 5th overall and first female. 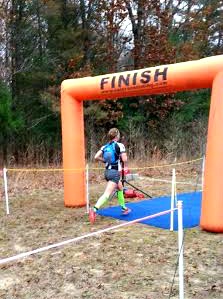 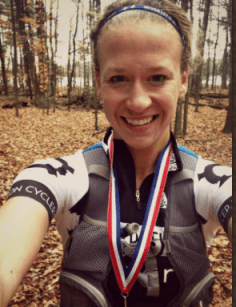 What a pleasant surprise!

This was a fun race with a friendly, tight knit group of runners who had great sportsmanship and fantastic attitudes. It was a well-organized event and I fully plan on doing other races in this series!