The good news is, I have survived my 24 hour adventure race. It may have been even harder than my 48 hour but we will save that for another post. Today is all about the Ragnar relay that I did a couple weeks ago with Nuun Hydration and a pack of some of the best friends you will ever meet. 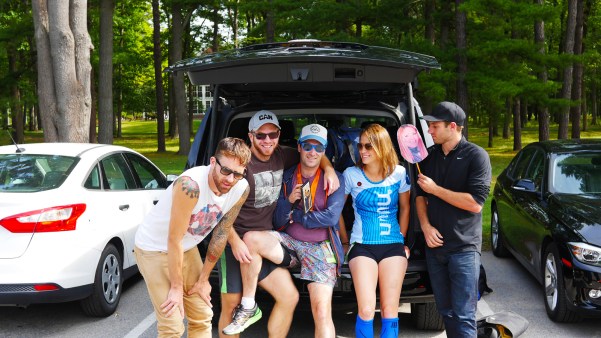 Nuun asked me to do the race for them in the winter and it was no question in my mind that I wanted to do it with this crew. 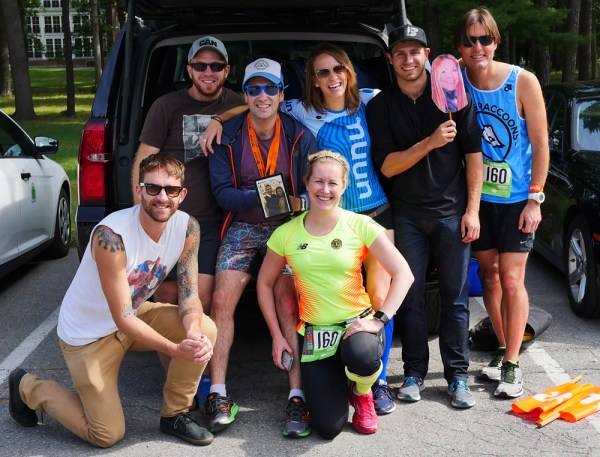 Before I get too far ahead of myself…

What is a Ragnar Relay?

Ragnar is the overnight running relay race that makes testing your limits a team sport. Normally, there are 12 individuals to a team but we are crazy and ran as an ultra team of 6. This means  we all ran about 50-60 KM with only one runner on the course at a time. The rest of us were crammed into a vehicle to support and head to the next transition area for the hand off. 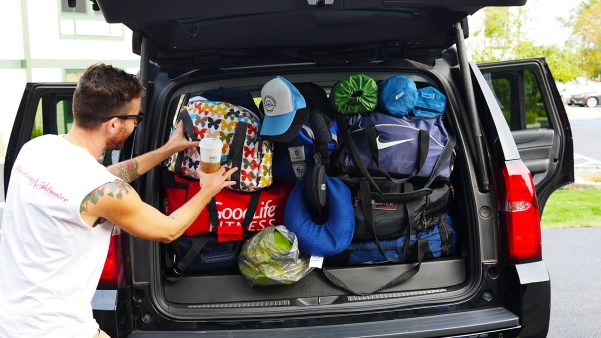 I cannot emphasize how little room there was in this vehicle…

We left for the trip on Thursday afternoon and headed to the Adirondacks. We arrived after midnight and went to sleep as soon as possible due to the pre-race logistics. We needed to pick up our vehicle, grab groceries and pick up our race kits before our start time. I have mad fast friends so we started in the last wave at 1 PM. 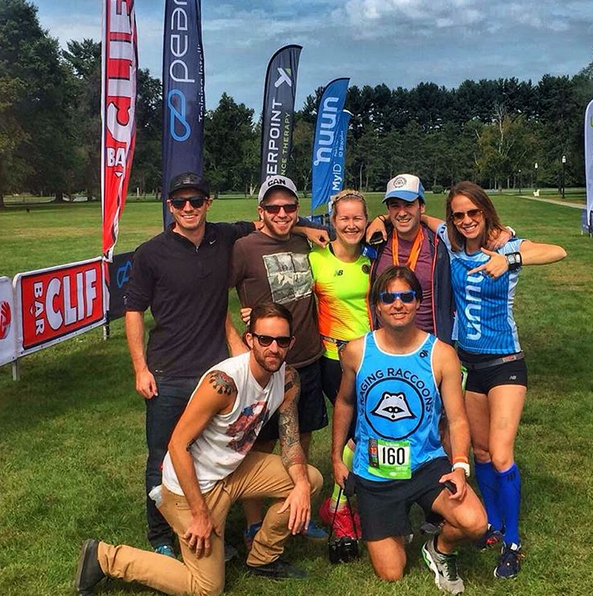 After each leg, there would be the next runner waiting at the transition area. The runner who had just completed the course would slap the wristband on the waiting runner’s arm and they took off as fast as they could go. 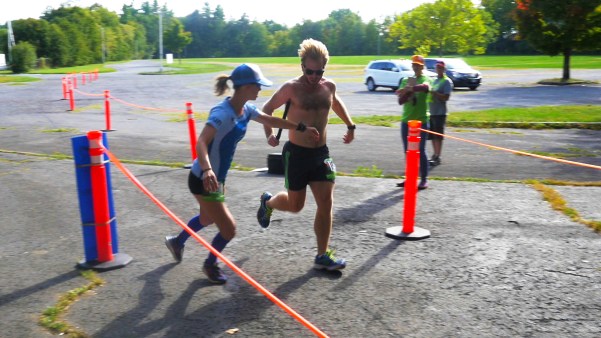 The daylight went fast because of our late start time and as soon as it reached 7:30, runners were required to wear safety vests and head lamps on the course for safety.

In every overnight event I have done, it always baffles me how much more difficult it is to race at night. After the sun goes down, I just want to curl up in a ball and sleep. Unfortunately, in a race situation, you need to stay “on” over this time so it was beyond helpful to be doing this as a team to have support and energy when you started feeling tired. 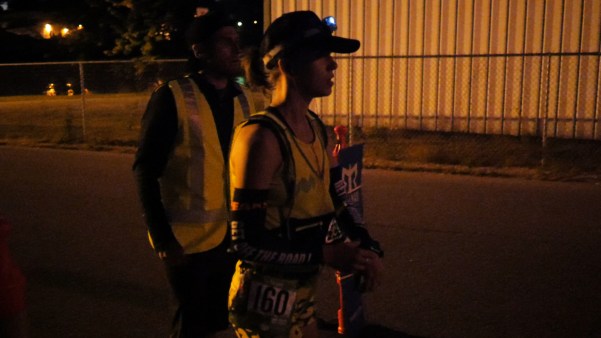 The difficult thing about sharing a vehicle, food and drinks is that if anyone has a cold (me), everyone gets one. We began with two water bottles a person from Nuun which quickly escalated into drink what you can, when you can. The food situation was incredible. We went to a Walmart and loaded up on whatever we desired which included a lot of protein bars, donuts, bananas, peanut butter, wraps, nutella and trail mix. I had brought along Genuine Health protein powder and smoothie mix as well as SOLO energy bars. We used Nuun along the course as well.

Although we ate often, we were quite ready to have savoury, full meals by the time the event was complete and stop eating out of a van.

As the night wore on, it got much colder so we started inventing creative ways to stay warm while we waited for our runners. 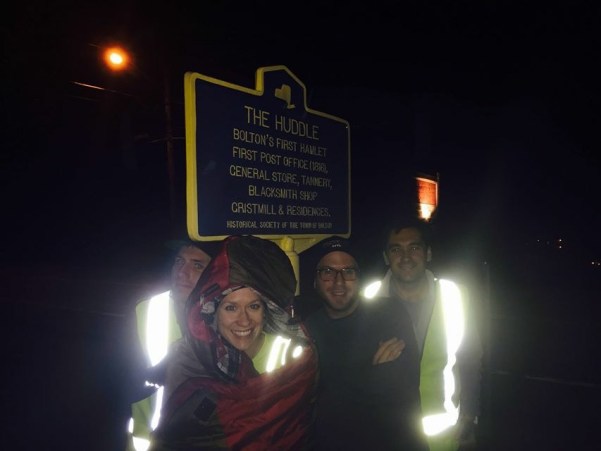 I found that although I was feeling alright after my accident, my legs became fatigued faster than usual. I had some IT band issues so I made sure to warm up whenever I could.

Our entire team had a lull around 2 or 3 am but as the sun came up, we began to feel more energized and came back to life.

Everyone did just so well and had an amazing attitude the entire time which is vital when you are doing a team endurance event. Although it was a long race, it was bitter sweet to do the final leg, especially as I was running the hills of Lake Placid right as the trees were turning colour. Absolutely stunning. It felt great to cross the finish line and celebrate our accomplishment as a team. 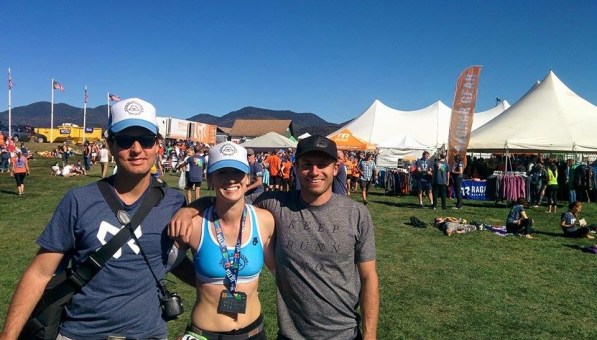 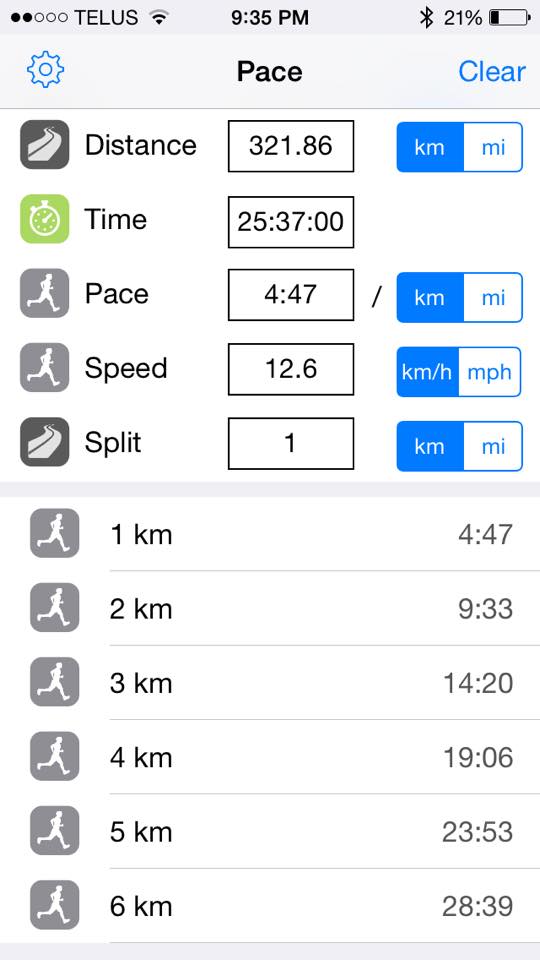 We came third overall for ultra teams, despite needing compete as an all male team because we did not have three females.

It was an incredible race and an adventure as always. We spent some time by the lake before grabbing a team breakfast and heading back to Canada. 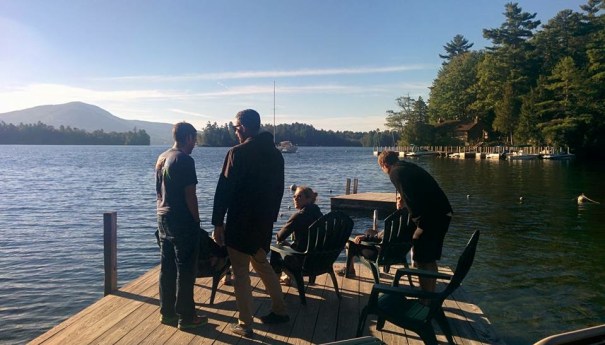 Have you ever done a Ragnar event? If so, where?