Well this week FLEW. It is hard to believe we are at the weekend again. I have a couple dinner parties and my first road race of 2016 this weekend so it is bound to be another awesome one.

I figured before I did another race, I should do a recap on my last one. One of my goals for the year and working on them specifically this February is to get better at orienteering. I am known for walking confidently in the wrong direction on a good day so needless to say, they need some work.

My adventure racing team mate, Brad was putting on a rogaine race in the area and asked me to come down and put in a team to get some training in for some of our big races in 2016. I happily agreed and asked Mark to join me as my team mate. He agreed which was a bold move for a man who knows my navigation skill level. 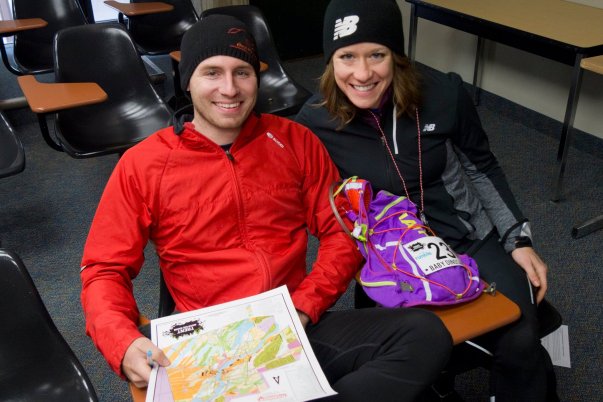 Because of a milder week, it ended up not being a snow shoe race which was just fine for me. I wore my goretex trail shoes and was able to move much faster than I would have otherwise.

Before the race, we were given our map and passport and began to plot our checkpoints, establishing what we believed to be the fastest route based on land features on the map. 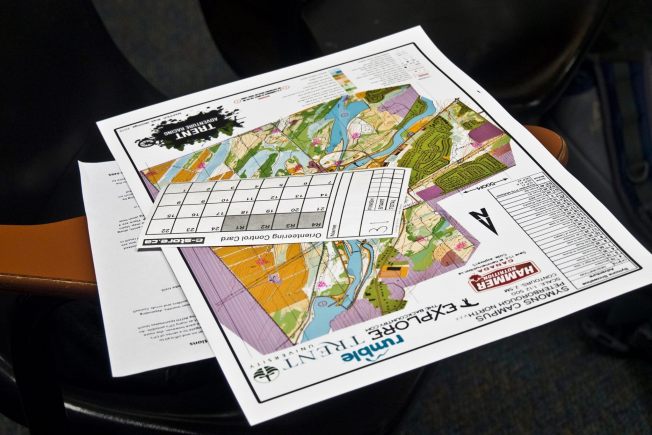 At 10 AM, we were off and had 3 hours to collect as many checkpoints as possible. I knew that we would not be able to clear the course with me as a newbie navigator so I immediately decided to leave the scrambler section which involved taking bearings until the end to save time. One of the most interesting and challenging things about rogaine racing is you need to navigate and strategize on the fly which, again, I need to practice.

The first couple check points were not an issue to find for us and we chose to go for some of the further ones right away to get extra points. 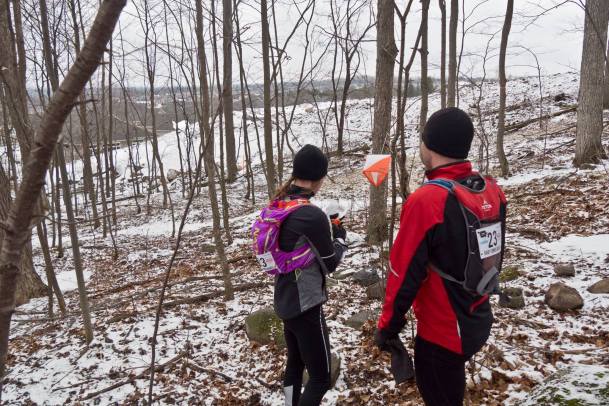 We did quite well until we were searching for CP9 and I let us spend way too long hunting it down. I am unnecessarily stubborn and was convinced we were going to find it. Unfortunately, I should have called quits on the search much earlier because we lost quite a bit of time and had about an hour left to nab some remaining check points as we headed back to the start line. 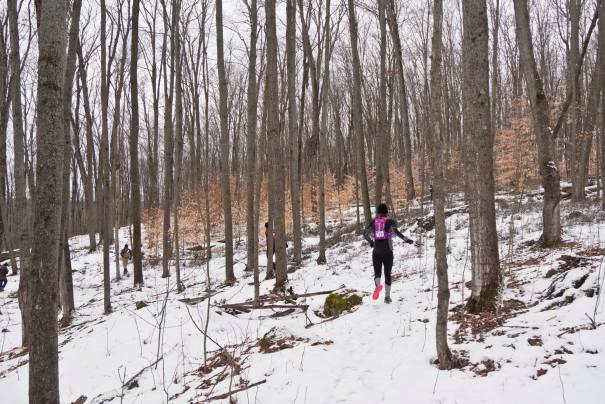 We did not want to be late as the penalty was to lose 10 points for every minute you arrived past 2 PM.

The last check point we tried to collect was the most frustrating for me. We had spent the last 3 hours going so hard that we did not eat or drink enough and were a little glycogen depleted so I had us searching the wrong fence line for the check point.

My only goal was to not finish dead last and we ended up being 5th OA and 3rd in our age group. We ended up covering about 21 KM.  It was awesome to do one of Brad’s races and I am most definitely going to do one again. If you are looking for a low pressure atmosphere to test our your orienteering, I recommend his races. 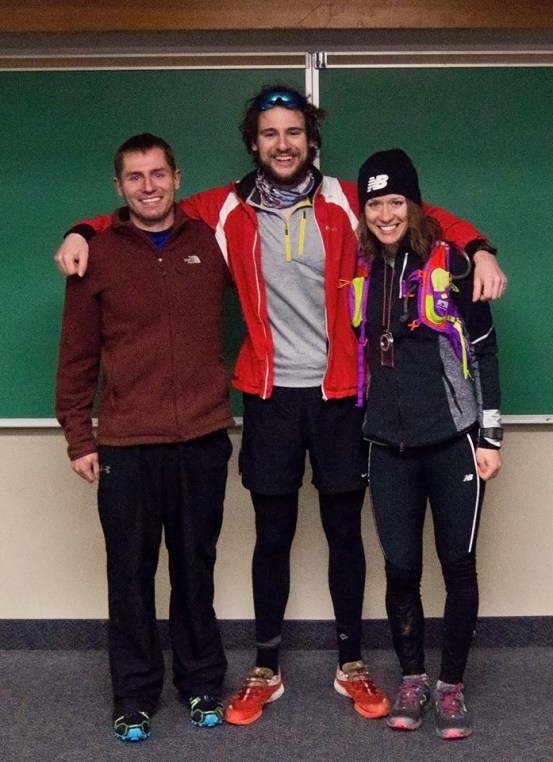