I had a weekend jam packed full of events and people and physical activity. 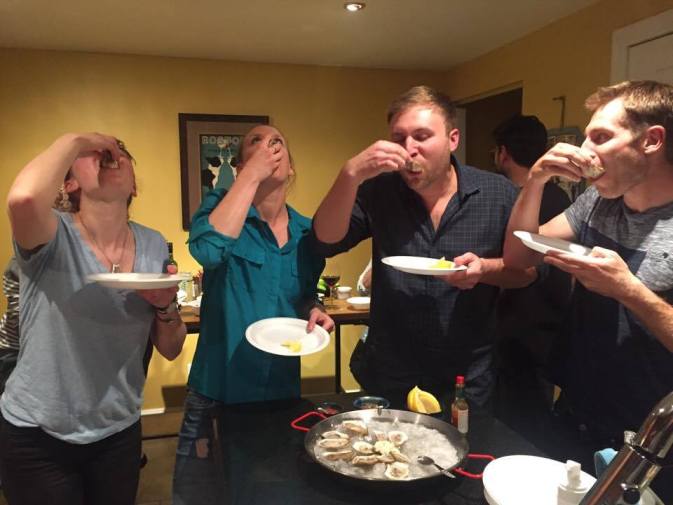 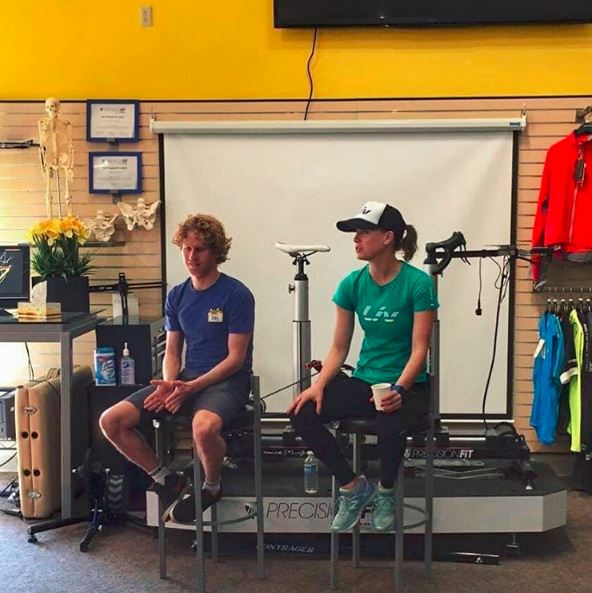 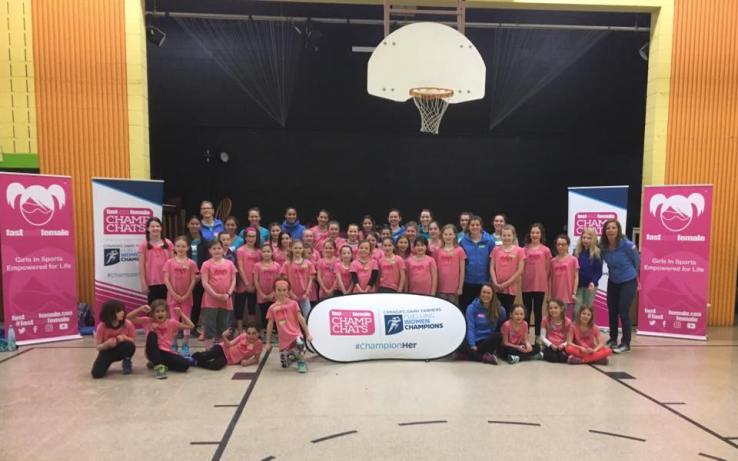 Before I get too far into this weekend, I wanted to talk about last weekend. It was the Easter weekend and I can honestly say, the highlight for me was not chocolate bunnies but the Raid the Rib Adventure Run put on by Don’t Get Lost. This is the second time I have done this race and I can honestly say that at this point, it is my favourite one in the series. I am not sure if it is the time of year, the unique events or the amazing people, but I love going back year after year. 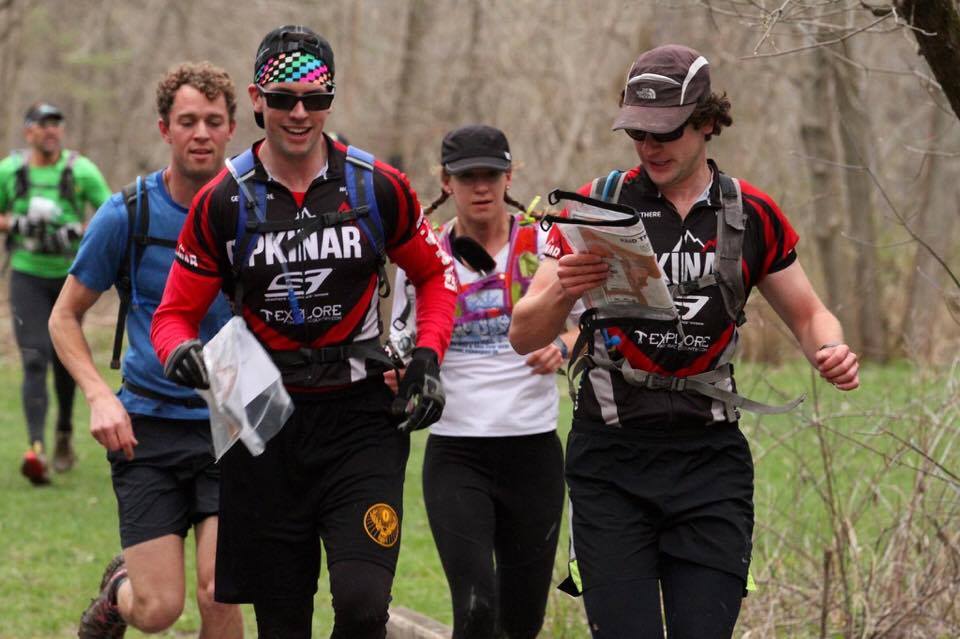 This year, our team was Brad Jennings, Dan Raymond and Scott Weersink. The race was held in the Niagara region along the escarpment in a linear format (we were bussed to a starting location).

We arrived early to grab our maps, catch up as a team and drink our coffees. 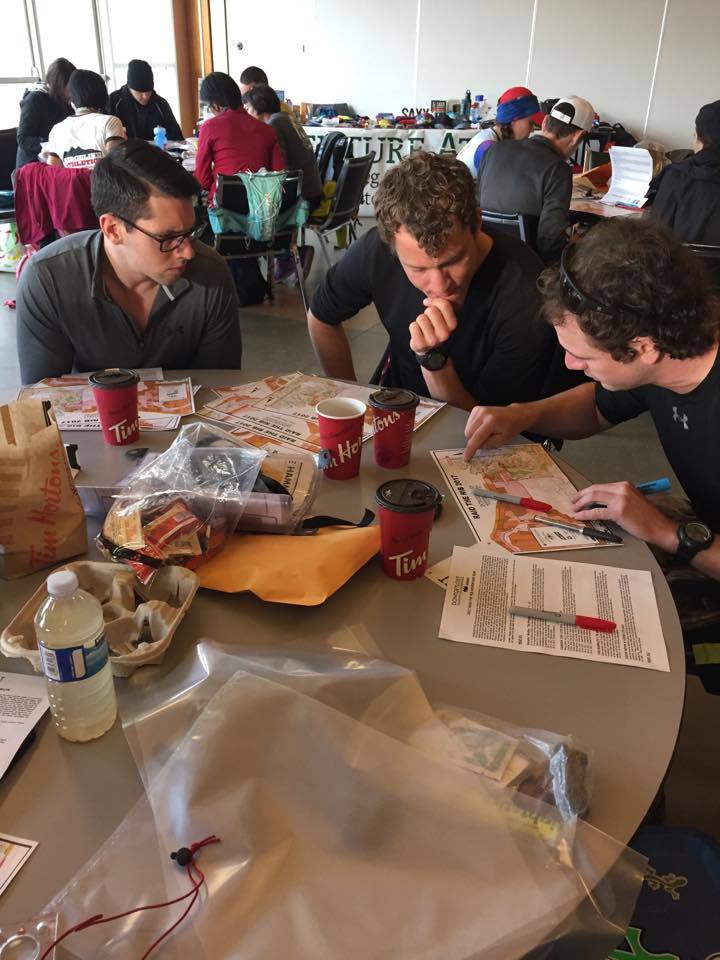 Working on maps as a team

One of my favourite things about the Don’t Get Lost adventure series races is the variety of events that the race director crams into less than 6 hours. This race was a cut-off limit of 5 hours and it worked out to be about 30 KM. (This was for the full raid – the half raid was half that and was 3 hours.)

The race had an interesting format to accommodate teams of all speeds. There was a backbone of mandatory points with “ribs” of optional challenges for teams. In many cases, if you went for the optional sections, it was all or nothing, meaning you needed to get them all or none of them were valid. I loved the challenge. Each of the optional challenges were rated as green, blue, black diamond and double black diamond difficulty depending on the physical and navigation skills needed to find the checkpoint which made it easy to decide which ones to go for if you were not planning on clearing the course. I love this format because no matter your skill level in adventure running, you can still fully experience the course. 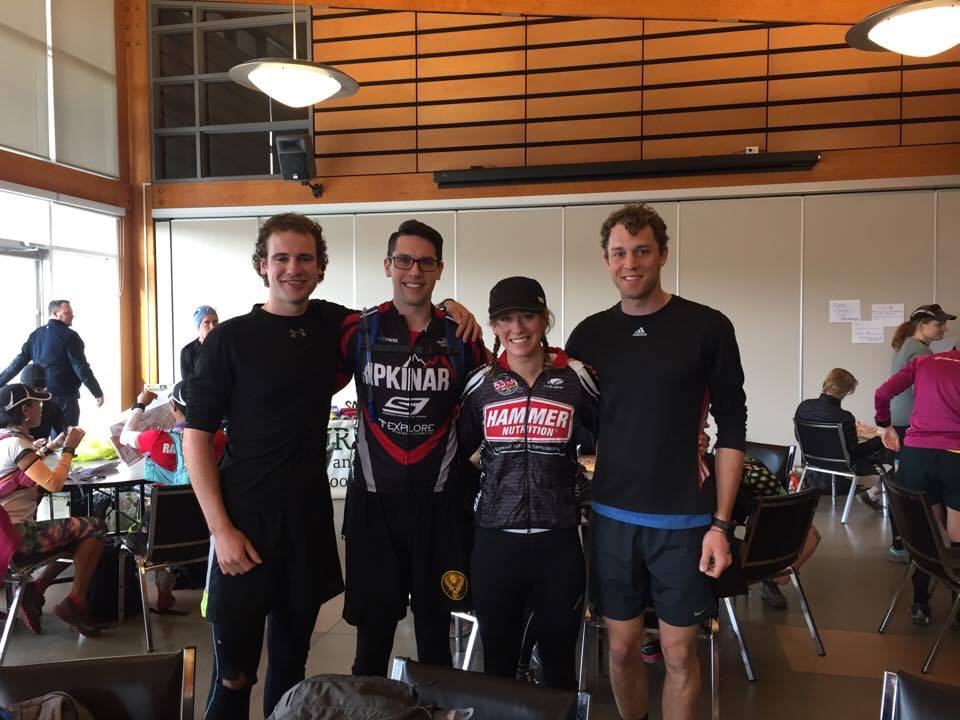 Our team, ready to head out.

Each team had a mandatory gear list and for this particular race, Brad was lead navigator, Scott was co-nav and Dan and I were clues, pacing and the entertainment. The weather was all over for this race. It was cool but clear when the race began at 9:30 AM as a relay event but as we headed deeper into the trails and the hours ticked by, there was a downpour just as we were getting to the rockiest and technical portion. This slowed us down significantly to the point where we were a little unsure of whether or not we were going to need to adjust our race and cut some checkpoints near the end.

Despite the rain slowing our progress, it was an incredible time. 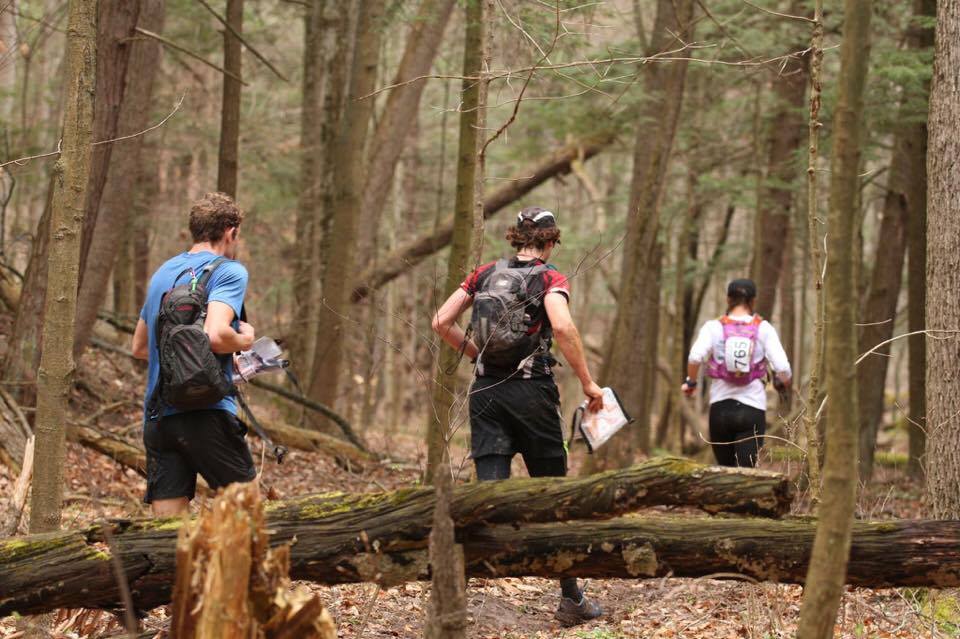 Some of my favourite checkpoints were the Barkey (you needed to tear a page from a book), the waterfall checkpoint and the Matrix where the team split up, grabbed a checkpoint and brought it back to be confirmed by a race volunteer. This really was a fantastic race to for navigation – I found the navigation wasn’t all that difficult but there was a lot of ground to cover so you needed to be efficient in the choices you made. Luckily, we had some first rate navigators on our team which helped immensely. 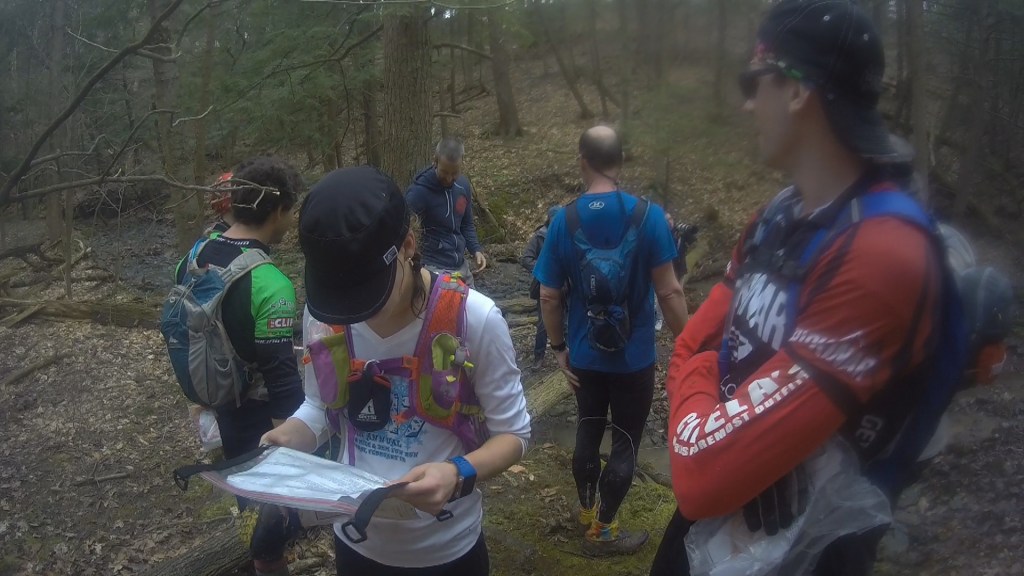 I do not mean myself. I am looking in bewilderment at my map at this point.

We crossed the finish line in 4:52:34 with 1000 points, meaning we had cleared the course which was enough to land us in third place overall and first in the coed category. 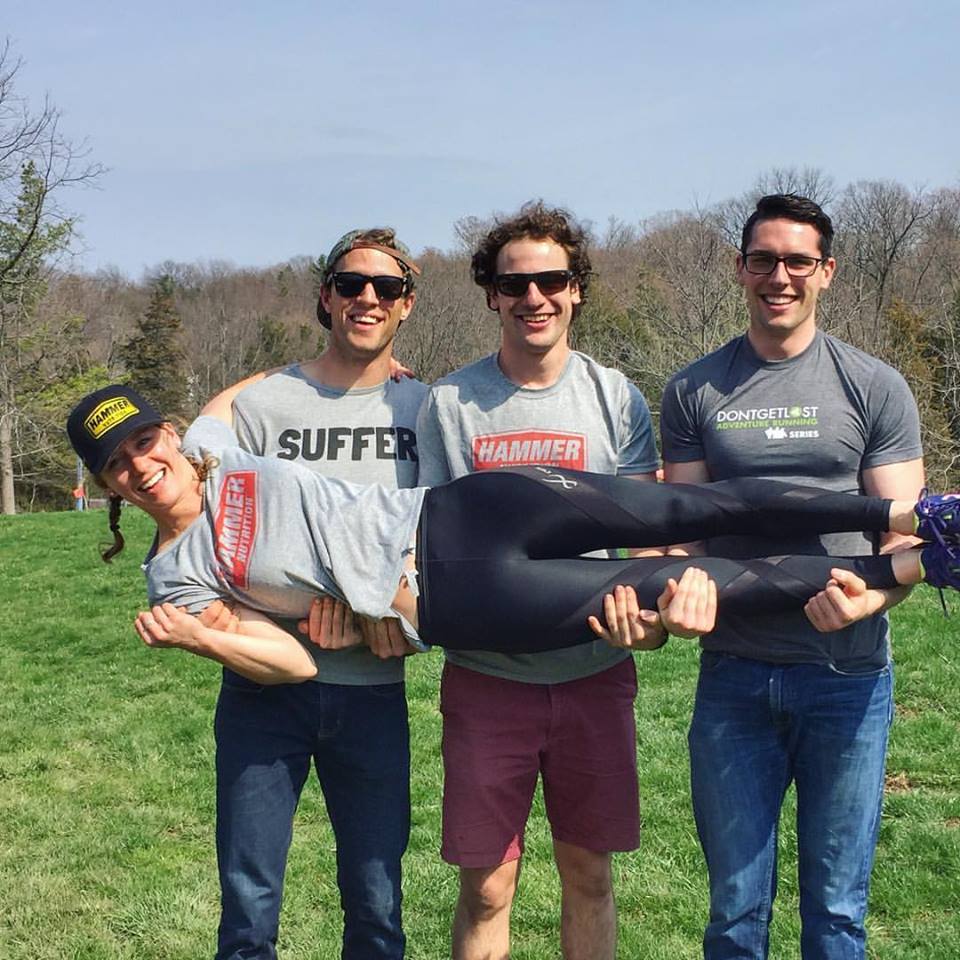 We celebrated with the post race BBQ and shared on-course experiences with the other racers. It was so nice to see some brand new faces at the event this year; I find adventure racing, like most endurance sports communities, it so unbelievably welcoming to newcomers of all abilities. Some of the racers I chatted with came from an ultra running background and it was a perfect way to work on their off trail skills. I often get questions about this style of racing so if you have any, just send me an email.

Wishing you all a wonderful week!