A lot of my activity goals this year have been focused around cycling this year. I took up triathlon in 2016 but I always felt like a runner who needed to swim and bike before getting to my sport and I wanted to change that. As I trained for my Ironman last year, I put in more cycling miles than ever before and I absolutely fell in love with it, to the point where I began to love it as much as running.

I decided that 2018 would be a cycling development year for me, so after my spring marathon, I began racing the O-Cup Series in cycling. I can do another reflection post on what I have learned from cycling in general, but today, I wanted to talk about what is the biggest accomplishment for me in cycling for 2018 – the criterium.

A criterium, or crit, is a bike race consisting of several laps around a closed circuit, the length of each lap or circuit ranging from about 800 m to 10,000 m.

Generally the event’s duration (commonly one hour) is shorter than that of a traditional road race with a much higher average speed and intensity.  The winner is the first rider to cross the finish line without having been “lapped”. Of all the styles of racing, this one necessitates the highest level of technical skill.

Firstly, its time based and is often 40-60 minutes plus 5 laps. Throughout the race, riders are jockeying for position and riders will “attack” the group, driving up the average pace and pushing the field to chase. There appear to be more crashes in this style of racing than any other, simply due to the frequent corners at high speed.

So unpacking some of the biggest things I have learned…

GROUP RIDING COMFORT – Crits are a squishy little race. You are up close and personal with a lot of riders around you and if you are hesitant, you are a liability both to your own safety and the riders in the field. Having time to practice riding in a big group of cyclists will help you stay comfortable for race day.

HOLD YOUR LINE – When you are riding in a group, don’t dart around searching for the right position as this almost guarantees a crash. Hold the line you are riding and clearly let people know of any movements you make (unless you are sprinting to the end or attacking, in which case, stealth mode is fine.)

CORNERING – Rookie cyclists, myself included, would take a corner with the brakes on and then take a few moments to get back up to speed. Switching into bike racing, I realised people hurl themselves around corners without brakes on and immediately, not just resume the speed, but increase it. Getting used to taking sharp corners at high speeds with my hands in my drops took a lot of time but once you get it, it is easy to remain in control.

RIDE YOUR DROPS – It took me a while, but I realised I could shift and brake from my drops which allows me to be more aero and relaxed (and in control!) while racing. 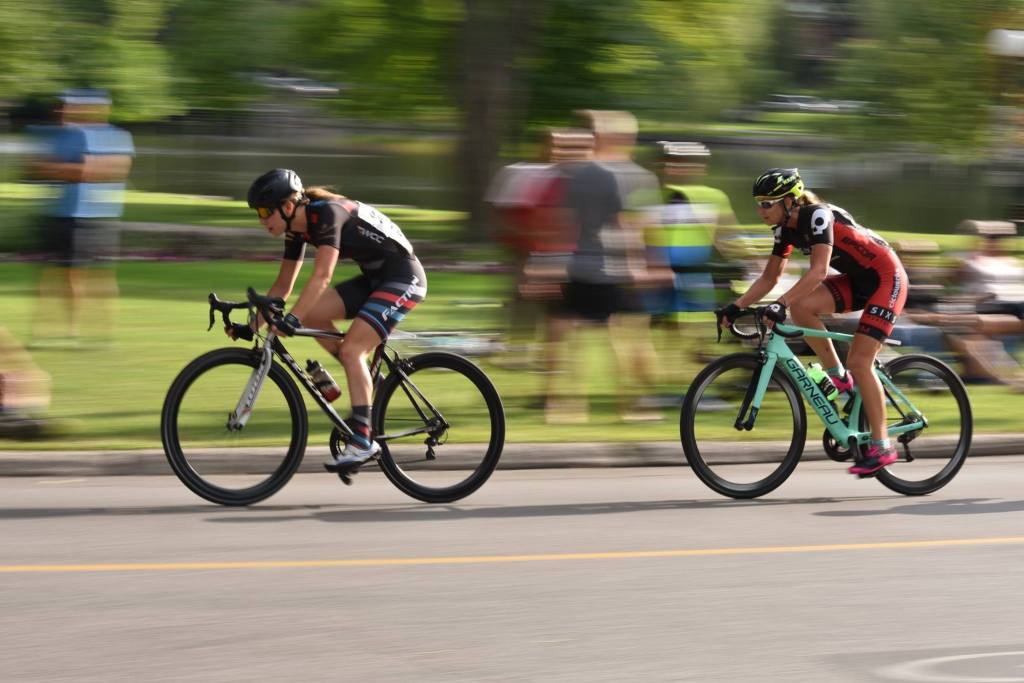 LEARN TO SPRINT – Easier said than done for this endurance girl but I spent a great deal of time developing that VO2 engine and learning how to do a standing sprint and getting to that zone where you basically black out from the effort. This is necessary to win a race because unlike running, cycling races often have the group riding together until the final 1 KM or so when people attack for the win.

STAY WITH THE MAIN PACK FOR AS LONG AS POSSIBLE – This conserves your energy whether you are in danger of falling off the back or trying to win the whole thing. For my first crit, I was dropped by the main group and I averaged 250 watts for 70 minutes with my sprints only reaching a bit over 500 watts as I was mostly pushing effort on my own. In my second crit, I stayed with the main group and I pushed under 150 watts for the average and almost 800 W in the sprints. It makes a huge difference in how you can race if you can tuck in and conserve energy.

PRACTICE – My cycling club established a crit skills night to learn how to corner, how to ride in packs and to essentially practice all the skills above. We did brutal workouts that had me absolutely dripping in sweat and redlining but it paid off for my races. 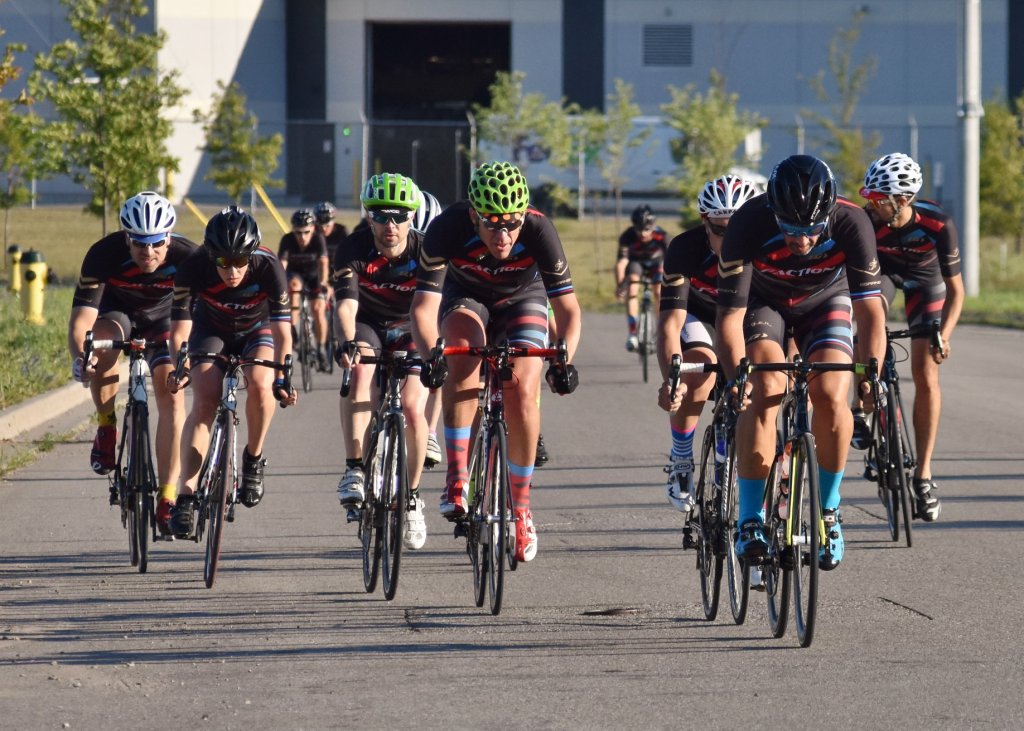 I learned some big lessons this year and I have raced 6 O-Cups – 3 road races and 3 crits. Out of those races, I took 2nd in my category four times and I was starting to think it was impossible for me to win. On Saturday night, I took the top step (finally) in a cycling event and I never thought it would be at a crit, much less the same day as a 5,000 m track race. I am not going to sugar coat it, it feels damn good to finally get that win and I am proud of all the work I put in to get there.