It was early last Saturday morning and I breezed downstairs to head out for the day. I walked through the kitchen on the way to pour myself a cup of coffee and saw my youngest sister sitting alone at the table, picking at cold egg whites and a couple of blueberries and calling it a meal.

I looked at her and said as emphatically as I could ” You are stronger than this!” and stormed off to work.

We talked back and forth later and I tried my best to let her know that it wasn’t her that I am angry at. It is her eating disorder. Her stupid, selfish, life taking eating disorder.

The one that makes my words catch in my throat when I see her in a tank top or towel, headed to the shower when I realize how incredibly small it has made her. So small I want to cry but instead I look at another member of my family and manage some sad laughter.

The one that allows her to think she can regularly eat portions that do not even support basic body processes and be ok.

The one that has robbed her of so many years.

The one that has made me realize that as long as it is here, I will most likely outlive my baby sister.

THAT is why I am angry. I think another reason I reacted is the sheer helplessness of dealing with anorexia. Everyone always has an answer: Have you tried this? Some relative tried this and it WORKED. The problem is that after a decade, we have tried everything and done everything we can. I think a decade ago we thought that by this point it would all be over. And I think at this point we have realized it never really ends. And sometimes, there is a deep guilt in being happy. Because I don’t know what it feels like to wake up everyday and not feel anything other than the horror of needing to face your greatest fear at least three times that day. I think it is the same guilt that many people feel when a loved one is hurt and they aren’t: Why not me instead?

So in answer to my insensitive comment about Jolene being stronger – she is. She is one of the strongest people I know. But an eating disorder is just so equally strong and she fights it every day. Everyone gets tired every now and then. Even the people who are in the sidelines with her.

And as we come to terms with the fact that Ed is here to stay and that we need to find a way THROUGH instead of a way OUT, I feel so very blessed to call Jolene my sister.

No matter where life takes us – to me you are perfect. 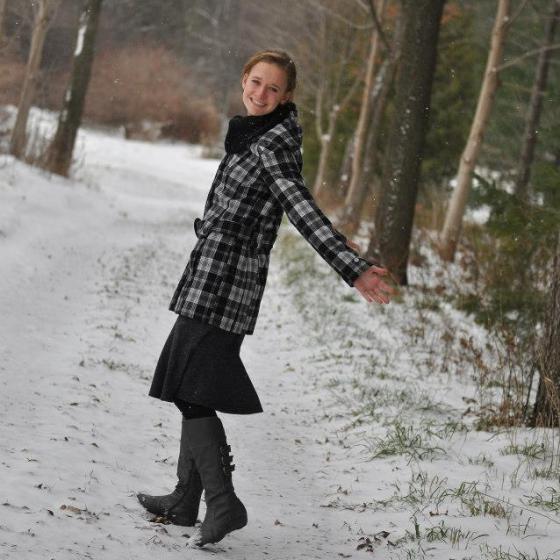 Have a wonderful long weekend.