I survived my first swim-run race!

Thank you to everyone who gave me suggestions for a successful SwimRun race last weekend. I am proud to report that I am alive and well following the Amphibious Challenge and I just might go back.

For those of you who are new to the swim-run race format, also called Otillo, this racing style is quite new to endurance sports, having been established in 2006 after a drunken bet. The founders challenged each other to race between two points with the only rule being that they needed to pass between three selected restaurants from the start to finish. The last team that arrived needed to drink and pay for whatever the preceding team had ordered for them.

From there, it became a competitive sport and has been ranked as one of the toughest races in the world by CNN. It is completed as a team of two athletes with the race course alternating between swimming and running, remaining within 10 meters of each other at all times.

Getting Ready for the Race

The interesting catch with this race is that you need to wear all of your gear for the entire race. My race outfit was a wetsuit (I chose a design with short sleeves and bottoms for easy running and a pocket for race nutrition), goggles, swim cap, hand paddles, swim buoy and running shoes.

It was difficult to decide what type of shoes I was going to wear because you need to swim in them as well as manoeuvre wet, technical trail sections.  I wore New Balance Minimus shoes and they were perfect for the water to land transitions. 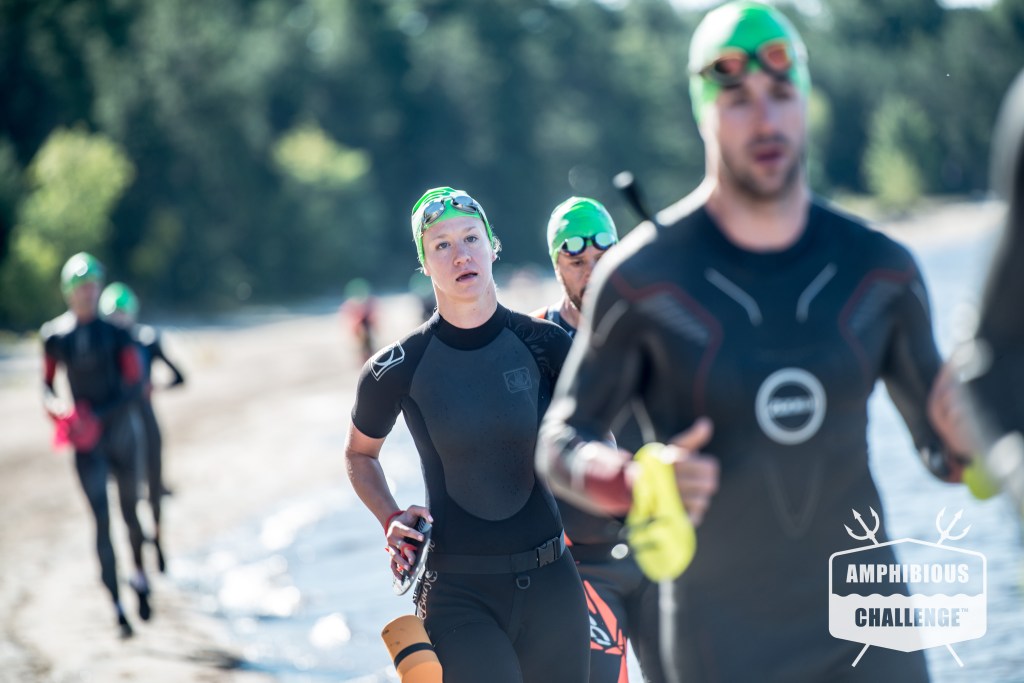 You can see what I mean with the swim buoy here. I forgot to mention how AMAZING you look when you do this race.

I did the race with my good friend Ignacio and we stayed in this gorgeous AirBnb cottage facing the water. Every night, our group would have a campfire by the water, with a healthy glass of wine. (Which is obviously the key to next day race success…) 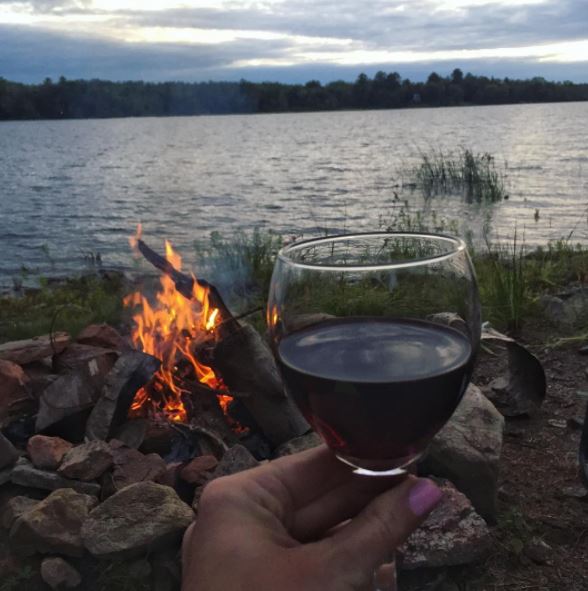 The race is held in this tiny little town called Sheenboro and I don’t think the population is over 200. It makes the whole race such an incredible experience: local dignitaries come out to wish you off and you head off running to the sound of fiddles from a local musical group.

Ignacio and I chose to do the shorter route which was listed as 15 KM. The first portion of the race was along the beach and we ran from the start line for about 2 KM before our first transition to water. 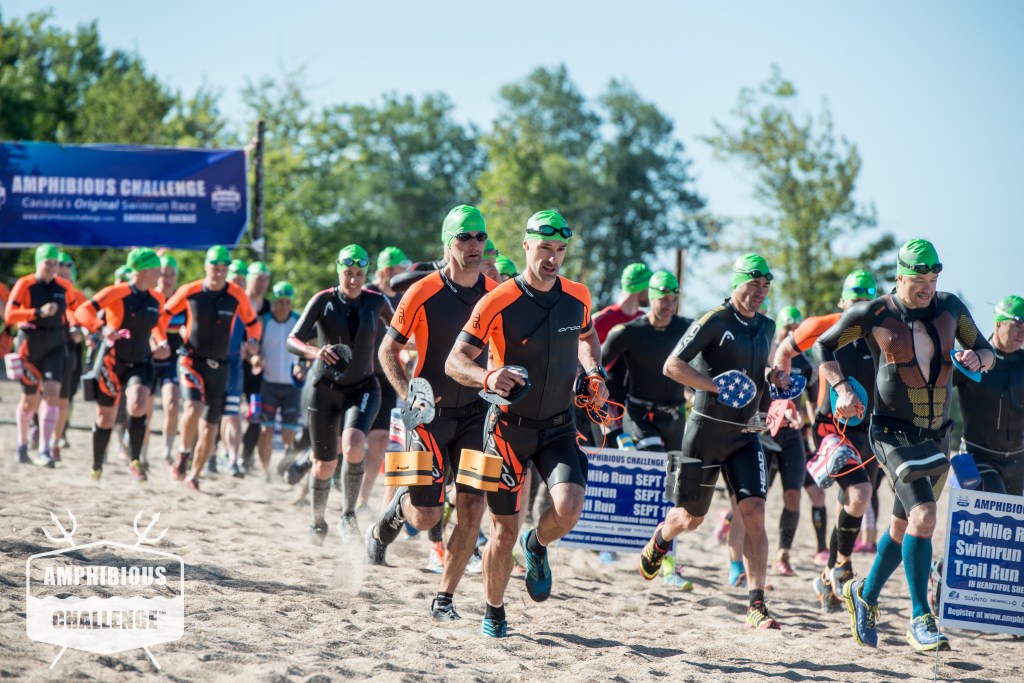 The swims ranged from 700 m to about 300 m and were a great way to practice my sighting. The water was really choppy and although we had practiced with swim drafting, Ignacio and I were often separated. We worked to maintain a 10 metre or less distance and having him in front of me helped me to stay straight.

The transitions out of the water were often on wet rock so I was grateful I wore trail shoes.

The running portions presented a wide range of terrain from scrambling over boulders, to island trails to gravel roads. It was a lot of fun to always be varying pace and footing and perhaps best of all, my legs stayed fresh because whenever I started feeling fatigued from runs ranging from less than 1000m to 7 KM, there would be another swim section appear where I could rest my legs for a few minutes.

Ignacio and I were the fourth team to cross the finish line and first coed in a time of 2:44:34. It was worth every choppy wave because the prizes were beer from a local craft brewer, a hand crafted walking stick from a local and Stoked Oats gear. From the thoughtful podium prizes to the incredible support of the community, this was a really unique race. I will be trying this racing style again. 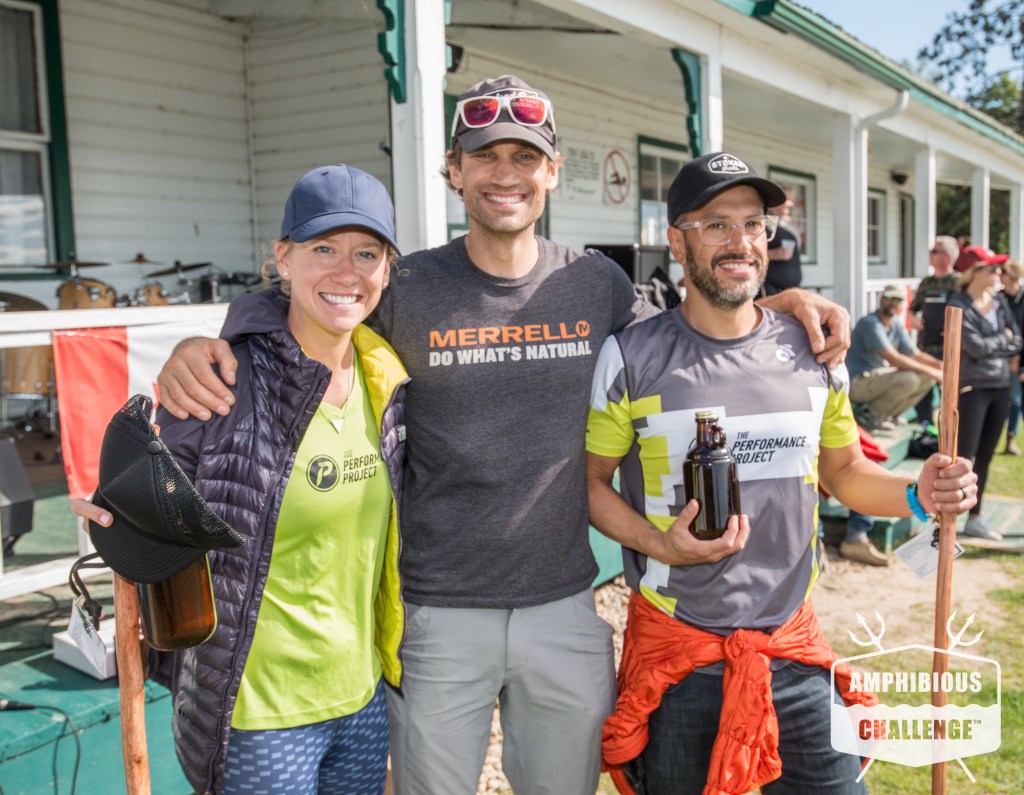 (All photos are credit to Luis Moreira.)