I have had some heavy course loads in the past in university and even worked some 60 hr weeks at past jobs, but nothing has ever compared to the week I am going through. It is a huge week for work and I am devoting every spare ounce of energy and focus to that.

Because I am hitting the ground running with some big projects, I thought I would turn the floor over to someone else today. I was chatting on Monday about cross training and some of my favourite swim and bike workouts. I thought I would expound on that a little and talk about triathlons, KONA and training.

Scott Dickie is a local triathlete who recently qualified for KONA and has been hugely inspiring in his training and racing. I asked him a few questions about his training leading up to his qualifying race and some of the things he is most looking forward to heading into KONA. 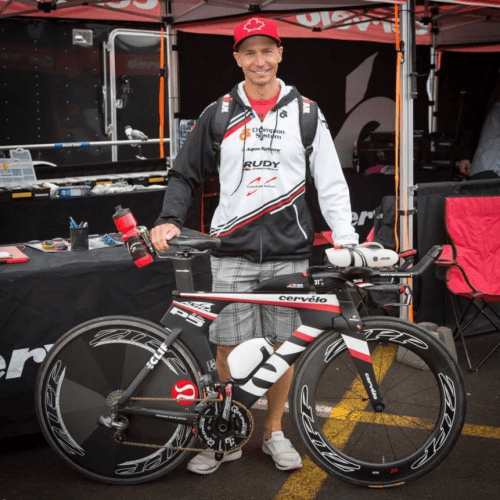 1. First things first..what got you into triathlons?

To be honest it was watching the coverage of the Ironman World Championships in Kona on NBC.  I used to play professional hockey and when I stopped playing I continued to eat the same as when I played and became unhappy with my conditioning and myself. So I started running and got a road bike.  Then after watching Kona I started swimming and was really enjoying the new athletic challenge, plus I was getting back into shape. So that Spring I signed up for my first triathlon in Woodstock.  After that race I was hooked because of the diversity of the 3 sports and the challenge.  I am one of those “all in” kind of people so I started doing research and looking for coaches to help me reach my full potential.  So to answer what got me into triathlon, watching Kona, the desire to get back into shape, and enjoying the challenge and pursuit of getting better.

2. How was your recent race, Mont Tremblant, different from others that you have done? 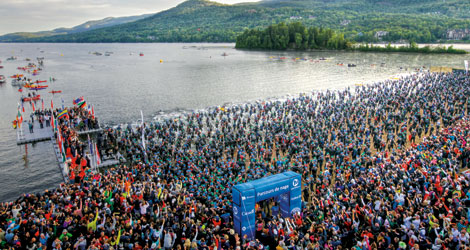 This race was different in many ways.  The first was the way I trained for the race.  I also executed this race differently.  This was the third full Ironman I have done and in the 2 previous races I made small mistakes which led to difficulties on the run.

In my first Ironman I definitely pushed the bike too hard and my run paid for it.  In the second one I made some nutritional mistakes which made the last half of the marathon a struggle.

This year, I had a plan to swim by feel, stick to my watts (I use a Power2Max power meter), and running by feel.  I also carried my nutrition in my hands not my jersey pockets as last year I dropped stuff and by the time I realized it was too late. So this year I stuck to and executed the plan perfectly.  In the swim I got into my groove and swam at the effort I knew I could and when I got out it felt as if I hadn`t even swam. On the bike I hit my power numbers perfectly, followed my nutrition plan, and again when I got off the bike it was as if I hadn’t biked 180km.  Once out on the run having my nutrition in my hand definitely paid off and although I run with a GPS watch, I stuck to running by feel.  This also worked because my last 10km were my fastest splits of the marathon.  At the end I knew I left it all out there and had the best race I could have had on that day.

Finally the last piece was my head space.  I had a ton of confidence going into this race because I knew I had hit all my training metrics, my taper was perfect, and I had no internal pressure.  Rather than saying I must qualify for Kona, I just focused on racing my race plan, enjoying it, and if those 2 things happened I would probably qualify. But if not, I was okay with it.  In the end everything worked out!

3. Give a brief summary of your training leading into the race. 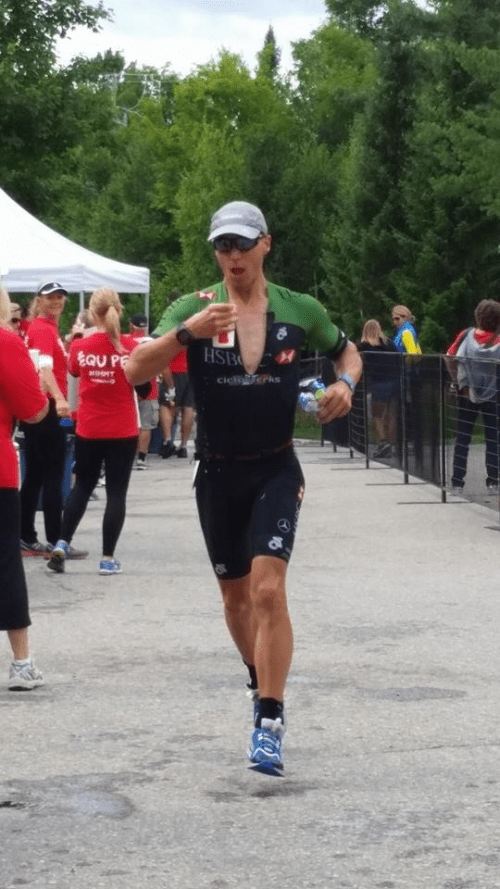 My training was much different this year.  In the past I had used some coaches and a combination of myself and their training plans, I believe led to injuries and not hitting all my workouts. This year, I did a lot of reading on the polarized training approach, basically when its hard its hard and when it isn’t, it`s easy (real easy). I also broke it down to 20% being at a high intensity and 80% being easy.  It did take some adjustment because easy meant checking my ego at the door.  For example I`d be out for an easy run (5:30-6:00 min kms) or bike and if someone would run or ride by me, I had to just let it go. In the past that was hard for me, but in reality I had a goal in mind and that specific workout at the specific pace was part of that goal.

Training this way was great because I was fresh for every workout I did and looking back there wasn`t a single workout I wish I would have done harder or that I missed or had to do easier.  Using the polarized approach also let me add volume without the wear and tear. I was swimming 5 times a week with an average of 24000m, cycling 400km, and running 100 plus km.
Another big change was giving myself a proper warm-up.  In swimming warm-up was 900-1000m, cycling was almost 50 minutes, and running was 20 minutes. Obviously with time constraints that can be hard for some people but I think an inadequate warm-up can lead to injuries.
I also added what I called pre hab, which was to avoid having to do re hab.  I would do pilates focusing on my core and glutes.  I also avoided wearing compression gear.  Don`t get me wrong, I love all my CEP compression gear and I believe that it works.  But I have read some studies that said for our best recovery and benefit, let the body naturally build back stronger.  The idea being if I run for an hour and then wear my compression socks to recover, its kind of like I only ran for 40 minutes instead.  So why not just run 40 minutes…It was only in the last 2 weeks (I did a 3 week taper) that I would wear my compression socks because by then the work had been done and now it was a matter of making sure everything was good to go.

In the end I firmly believe that taking the polarized approach, giving myself a proper warm-up, and doing my pre had let me be injury free, hit all my targets, and most importantly get to the start line healthy and full of confidence.

4. Number one tip you have for new triathletes?

My number one tip is don`t neglect the swim.  I think that’s the one sport that everyone has the most anxiety about.  Work with a swim coach or even better, join a masters group so you have that social piece as well. Swimming can be very boring so at least adding that social piece makes things easier.  Also practice open water swimming so you know how the wetsuit feels on, you get used not seeing what`s under you, and you can practice sighting.

5. What is the main thing you are looking forward to in KONA? 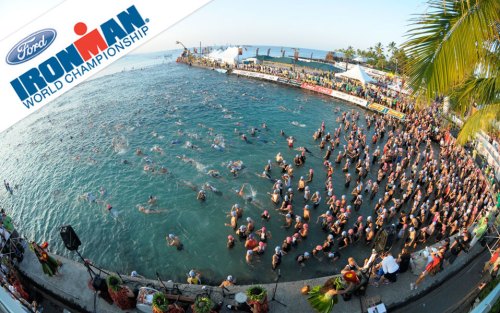 In Kona I am really just looking forward to the experience.  It`s my first time there so to soak in the triathlon history, be around some of the best iron distance athletes in the world, and of course take in the scenery.  I feel recovered and my training has been great leading up to Kona but realistically I have no idea how my body will react doing a second Ironman 8 weeks after Tremblant. So in the end, I want to enjoy the moments for what they are, a great experience that not everyone gets to do.

I have no doubt Scott is going to absolutely rock KONA! If you are interested in following Scott’s journey to KONA, head on over to his website and give him some support!

Triathlon questions for Scott? Leave them in the comments!