Do you see how behind we are? DO YOU SEE?

I really was on top of things leading up to the holidays, but the founder of our company passed away and my role in public relations took a front seat to everything else.

And then I went on vacation for the holidays.

And now here we are.

I know the reflective posts have been over and done. The resolution posts have almost met their course. So I am going to hop right back in with a quick peek at what I have been doing and we will move forward from here. This is why you are all the best readers in the entire world. You deal with occasional lapses of silence when my life outside of training and blogging takes precedence and are nothing but encouraging and awesome. THIS is why I do what I do.

So let’s have a coffee date. If I were catching you up, I would be drinking something extremely caffeinated because our flight didn’t arrive in Toronto until the wee hours of the morning and then I jumped right back to work. But here is what is going on: 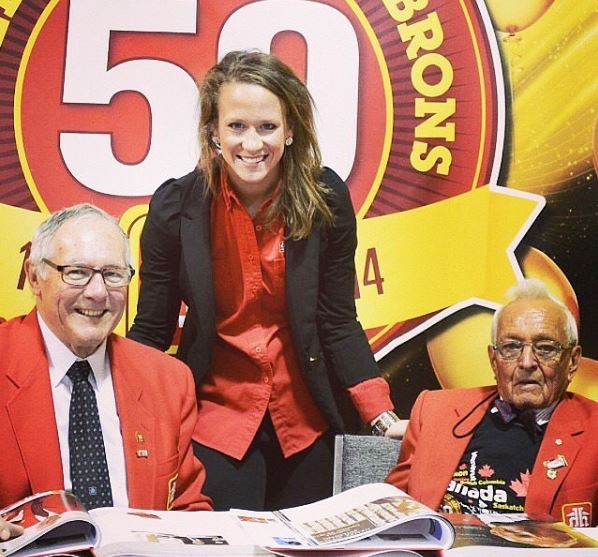 To the right in my photo is a little man with a big heart who founded the company where I work in public relations for my day job. It was an absolute honour to be a part of the protocol of his funeral and to pay tribute to his legacy. I have grown up in a Home Hardware family (my parents own a store) and even though it consumed most of my time leading up to the holidays, it was nothing but special to be able to be a part of.

Scenes from the holidays 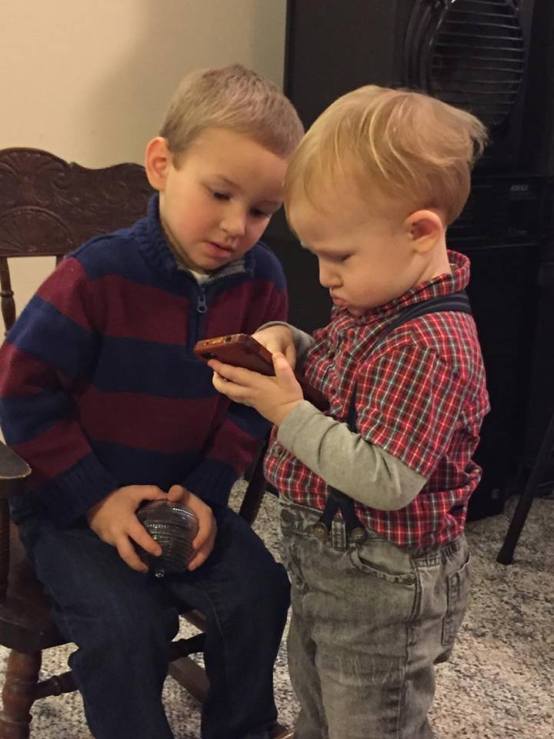 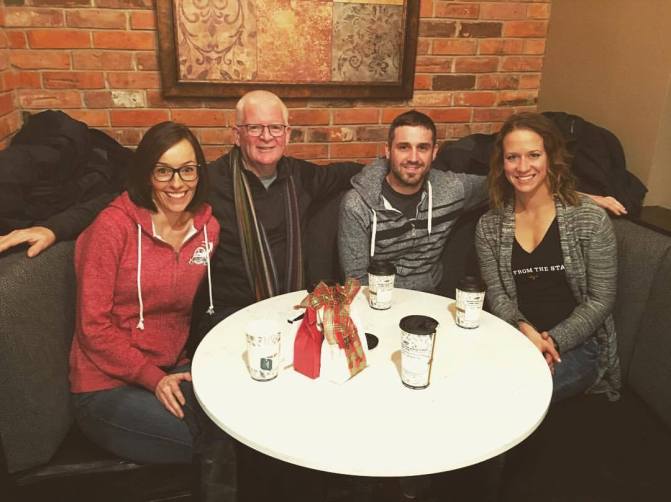 Meeting some of the Hammer Nutrition team 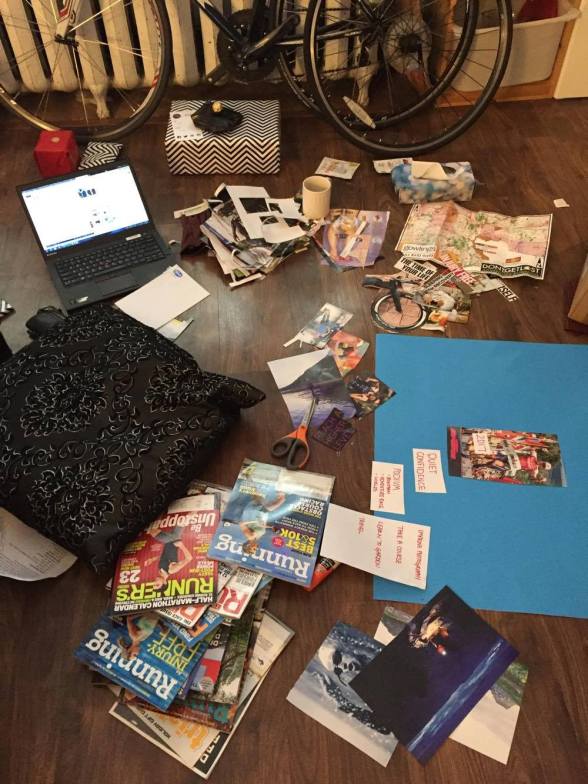 Vision Boarding (Post on my 2017 vision board coming up next Monday!) 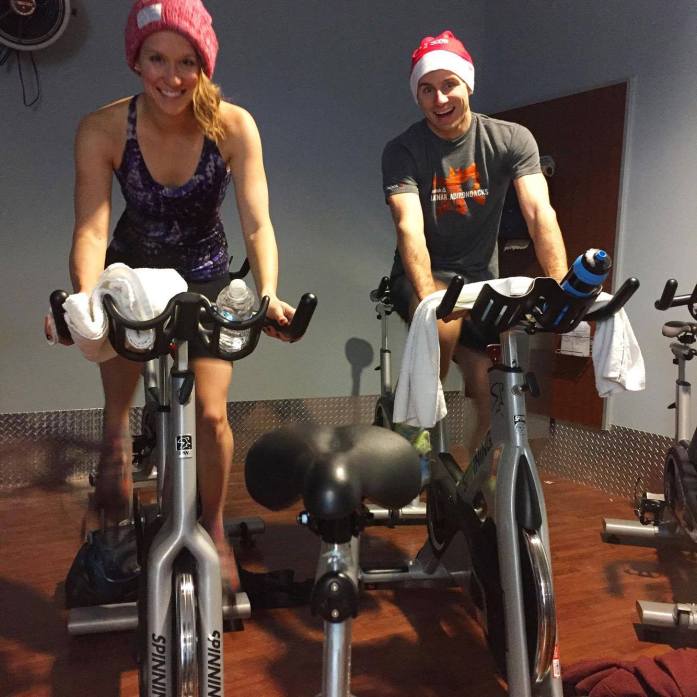 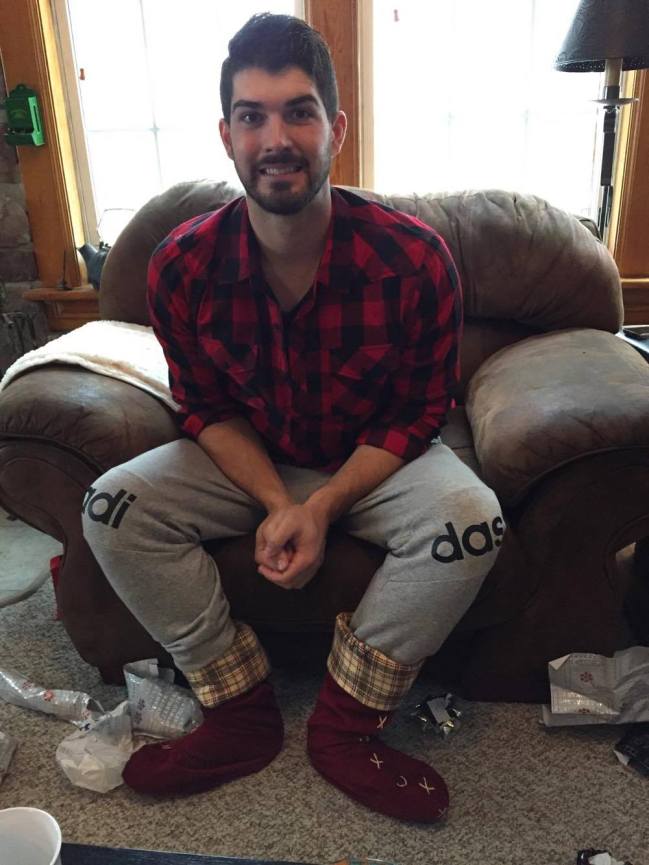 Our main reason for visiting Florida over the holidays was to see my youngest sister who is in treatment for an eating disorder in Miami. She wasn’t able to come home for the holidays so it was really special to see where she is staying, meet her peers and support her in her recovery. 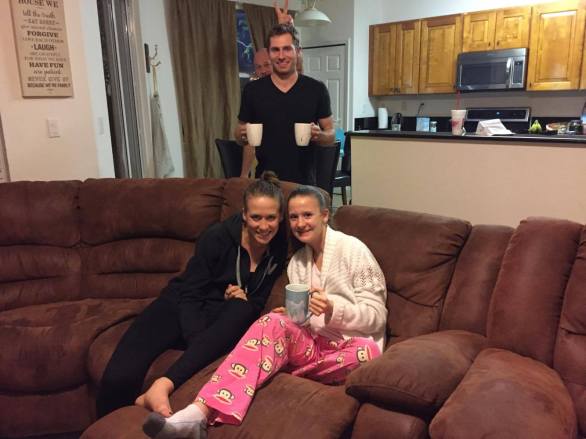 We rented a house near her treatment centre in Miami and did a little Christmas with her. 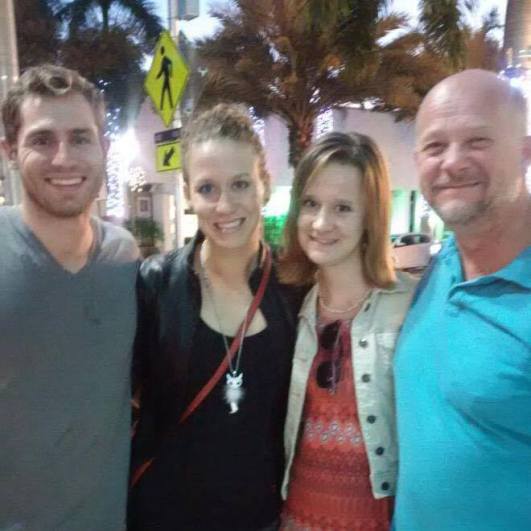 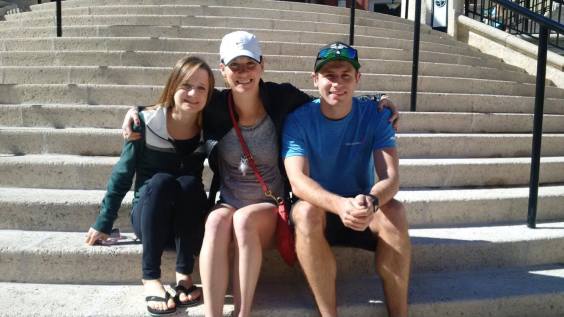 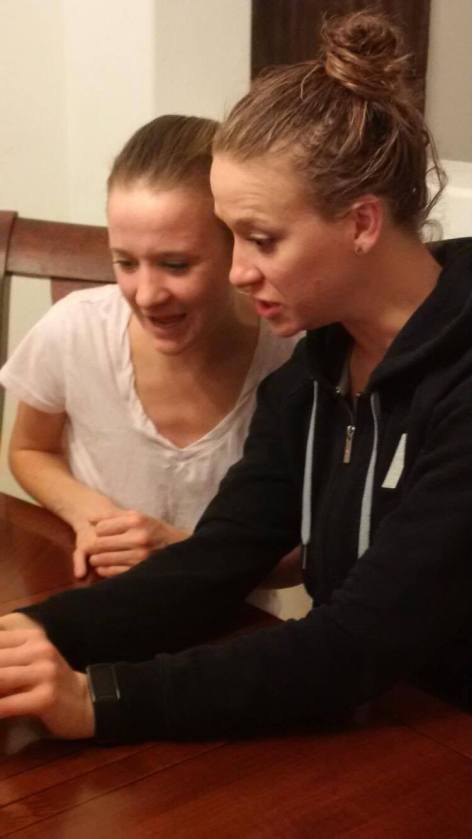 Playing with the filters on snapchat. 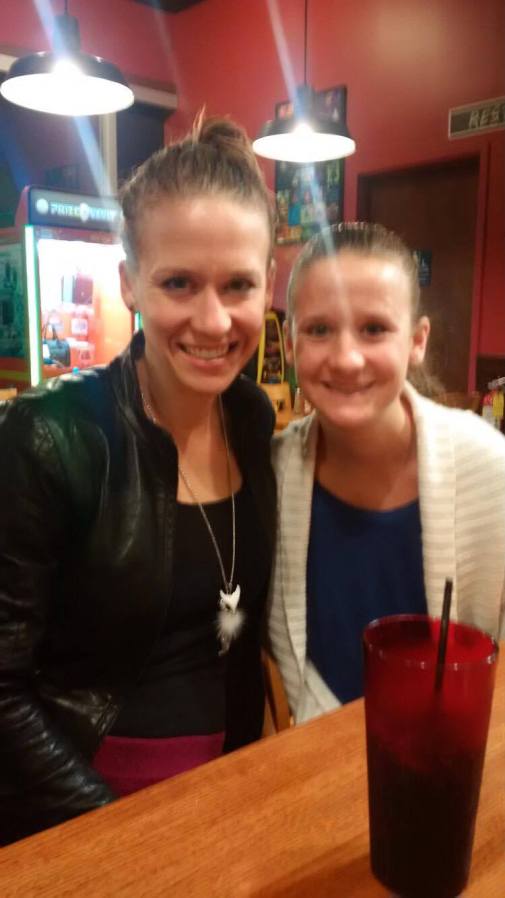 Meal times are still pretty hard for her, but it was good to go to some restaurants with her and see her eat food off the menu. Before she left, she would often bring her own food or choose not to eat. Very proud of her progress. 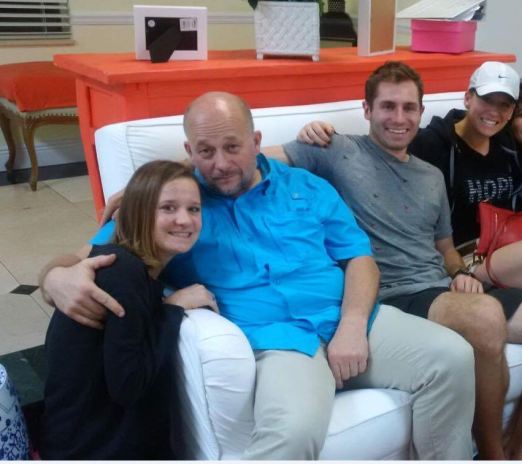 At her treatment centre. Her peers are cropped out for privacy purposes.

We were in Daytona Beach for New Years Eve and in keeping with last year’s tradition of running a race on Dec 31, we sought out a local race. It was the FL ROC trail half marathon and we gave my parents the 5 KM in their stockings. It started at 7:30 AM and was a two looped course on sandy trails. I was blown away with how flat it was but what it didn’t have in technical, hilly terrain, it made up for with sandy trails. It was similar to running on a beach in the forest.

Because I had no idea what the course was going into the event, I only had the goal to do a negative split. I have struggled with going out too hard in the past and I know that I will be a far better racer and competitor if I can get that under control. I made a game time decision to let go of the speedier paces I had in mind when I saw the terrain and went by feel only. The first loop, I focused on keeping it smooth, easy and under control. I was first female but there was a strong competitor come up behind me around KM 8. Considering the sand had taken more energy than I anticipated, I focused on keeping my confidence in a disciplined stride and began encouraging the 5 KM runners around me, even though I wasn’t feeling great at that point. I know that the other runner could hear me and I wanted to ensure she thought I was feeling good. Whether that was the reason or not, she fell back and I relaxed my stride going into the second loop and felt a thousand times better. I took a Hammer gel at 11 KM which gave me a huge boost to the end. I ran with two gentlemen and we discussed local races and events until the last 2 KM when we spaced out a bit.

I had said going in that I would fight for a win if I needed to, but if it wasn’t going to be a struggle, there was no reason to overexert myself and harm my training cycle for January. I kept a consistent, tempo and managed a slight negative split. Considering the sand and unfamiliar terrain, I was pleased to finish in 7th OA and first female. It gives me the confidence going into 2017 that I can be patient and self-controlled with my pacing and I am excited for things to come! 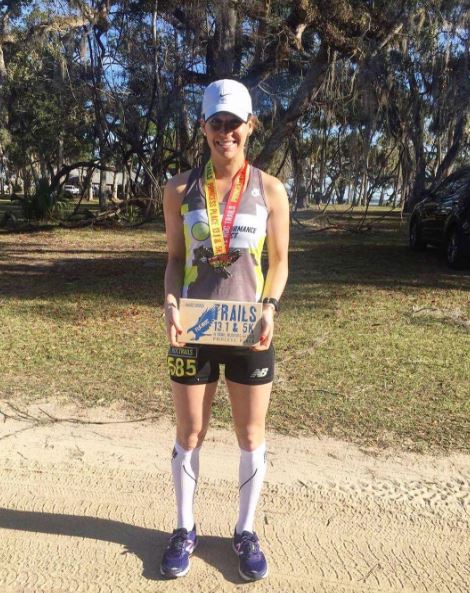 Finally, I wanted to “leaf” you with a bit of a challenge.

Chopped Leaf, who I am proud to be officially partnering with in 2017, is rolling out a contest for readers called the Turn Over a New Leaf Challenge.

Every day for the month of January, Chopped Leaf will share daily tips and motivation to help you keep to your resolution.

What do you get?

Daily gift cards are awards as well as a grand prize worth $2500 ($1000 Chopped Leaf gift card, a one-year membership to any GoodLife Fitness locations across Canada, a spa gift certificate and wellness package.)

I will be participating in the challenge and I invite you to as well! 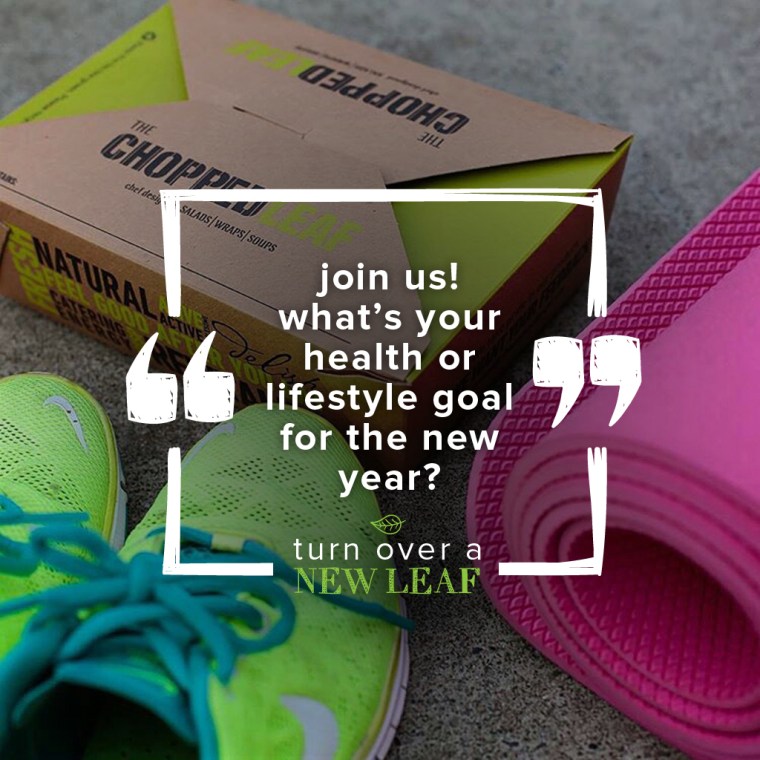