Yesterday, I received a life alert query from one of my readers so I figured it was time to check in with a blog post. I have been on vacation in Western Canada to compete at the ITU World Championships and to climb a mountain every day so I have been otherwise occupied. That being said, I wanted to write a post on the Duathlon Championships race while it was still fresh in my memory.

I knew going into this race that if I had an incredible race, it would surprise the heck out of me. I did an Ironman less than a month ago and although I have recovered beautifully, I haven’t had the mental focus required to crush it in a world championships race. I went into this experience with my mind more focused on the wine tours following the race than the actual race itself. 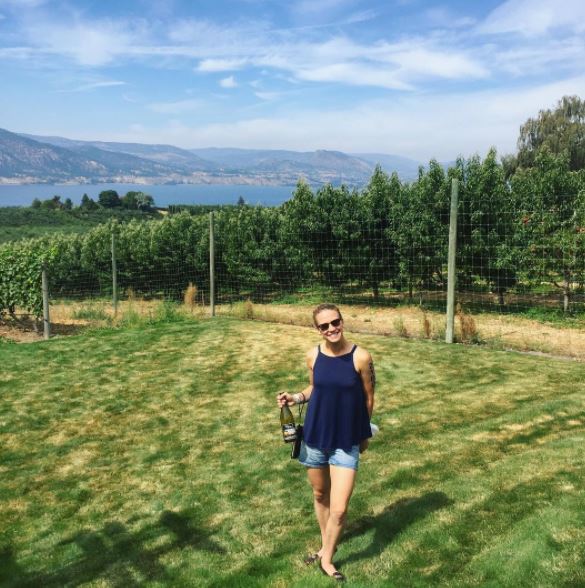 However, it was an incredible experience to race with the Canadian flag. I have done this for adventure racing but never for road multisport. The town of Penticton, where the ITU Championships were held, had gorgeous views and I cannot say enough good things about the bike course of my race. 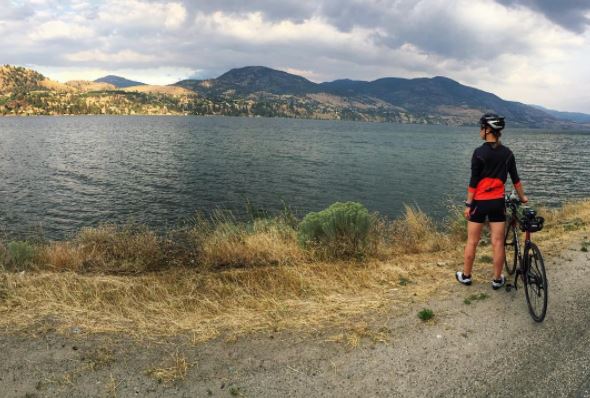 Mark and I arrived in Penticton on Friday evening and our race was Monday morning. We spent the days leading up to the race relaxing, spending time with our athlete friends who were also there to race and watching other events.

Race morning, I was wide awake at 4:30 AM. Mark and I went down to the transition area and pumped up our bike tires and set up our bike nutrition. I headed back to our Air Bnb and took a conference call for work until just before we had to leave to race, which itself is an indicator how focused I was on this race. Additionally, I have been battling bronchitis going into its second week at this point and aside from not having full lung capacity, my coughing has been interrupting my sleep for the past weeks.

I want to be clear that I am not trying to make excuses or peg my performance on circumstances surrounding the race. I always race as hard as I can outside of anything that is not a training race. I just am reinforcing the incredible importance of being mentally fresh and focused to lay down a strong race and I was hugely lacking this going into this race.

I ran down to the start line and lined up with my age group for the 7:03 AM start. I know so many strong, incredible ladies who were racing and we had pre-race conversations before the gun went off discussing our tactics. Understandably, this was an A race for many of them and I tried to use them as motivation to muster up that racing fire. Normally, I get butterflies or nerves before a race I care about. In fact, I teared up before the ironman at the start line.

This race? Nothing. It was actually quite frustrating.

The race began and the ladies bolted. I loved racing this field because there is a strong contingent of athletes who could absolutely destroy me and I love the competition. I focused on racing the first 10 KM at about 90% of my abilities. This is my second duathlon I have raced to date and I feel as if I still have a lot to learn about the racing tactics. Perhaps next time, I will ease up on the first 10 KM, but I ran almost 2 minutes slower than my personal best, so I am just thinking it was just not my race. 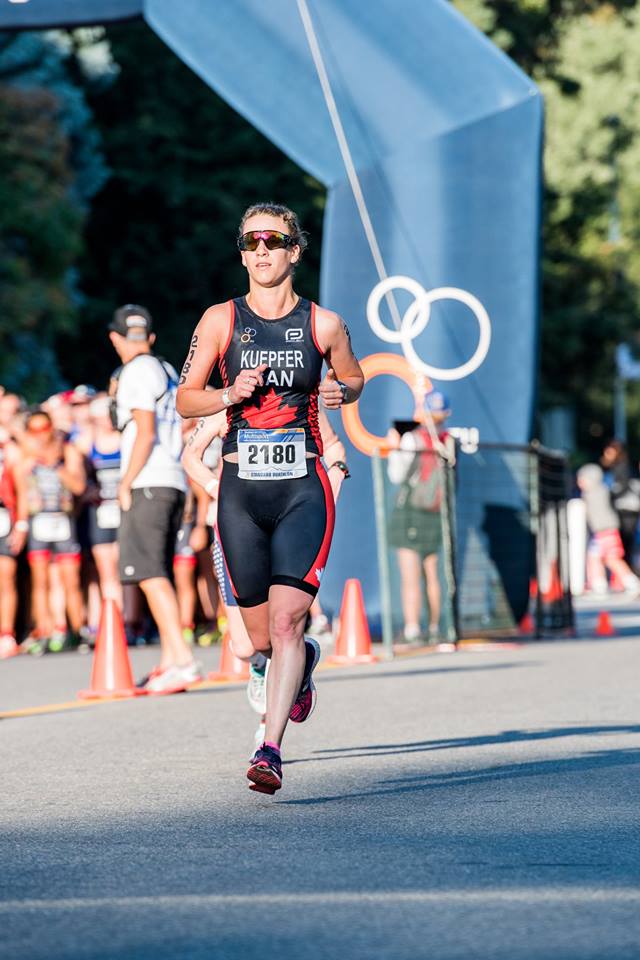 The first 10 KM was a 2.5 KM loop which I actually enjoyed because it was spectator friendly and I knew what to expect after a few practice runs on the course on the days leading up. I focused on running sub 4 minute kms and holding on to a steady pace and using the women around me. After the first two laps, I found myself running alone as the pack shook up quite a bit.

I felt pretty good heading into the transition area with a 10 KM time of 39:51, although I left a lot to be desired in my actual transition. This just calls for more practice on my part.

I hopped on the bike and headed out of town. The moment I stopped running, I started coughing and I struggled with my breathing on the bike. The good news is, the views were SPECTACULAR and although there was wind on the way out, the way back was a slight downhill with the wind at my back and riders flew. 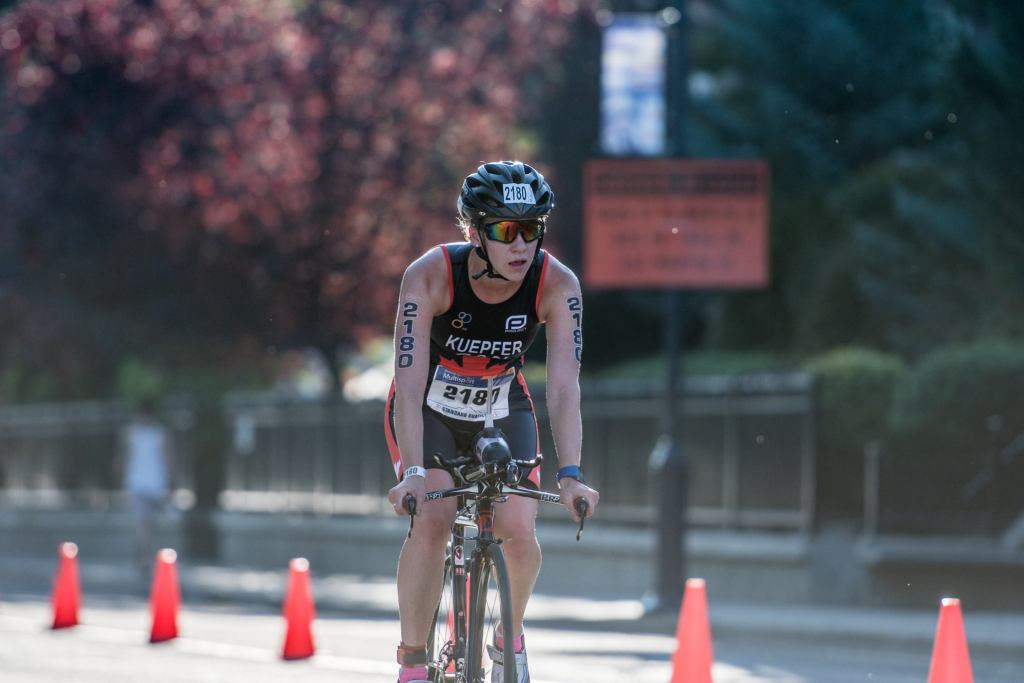 The bike course was two 20 KM loops through the town and out along the lake. It felt so short compared to the 180 km rides I have been training on. I was passed by another girl in my age group on the bike and it was the bike where I lost the podium spot, dropping me to 4th place.

On the way into town, as I was rounding a corner, a bee flew under my watch and stung me repeatedly. (I am currently walking around with a swollen wrist and still coughing up a lung but I am on vacation so life is still fantastic.)

I tried to shake off the distraction and was told I had the smoothest bike dismount of the day by a volunteer so at least I had that going for me. I did my 40 KM bike split in 1:10:14.

I grabbed my running shoes and trundled out of the transition area. I am not using the word run on purpose. I have no idea what I did in that last 5 KM but I was a broken human. I had no fight and actually considered walking but salvaged some pride and just trotted it home. 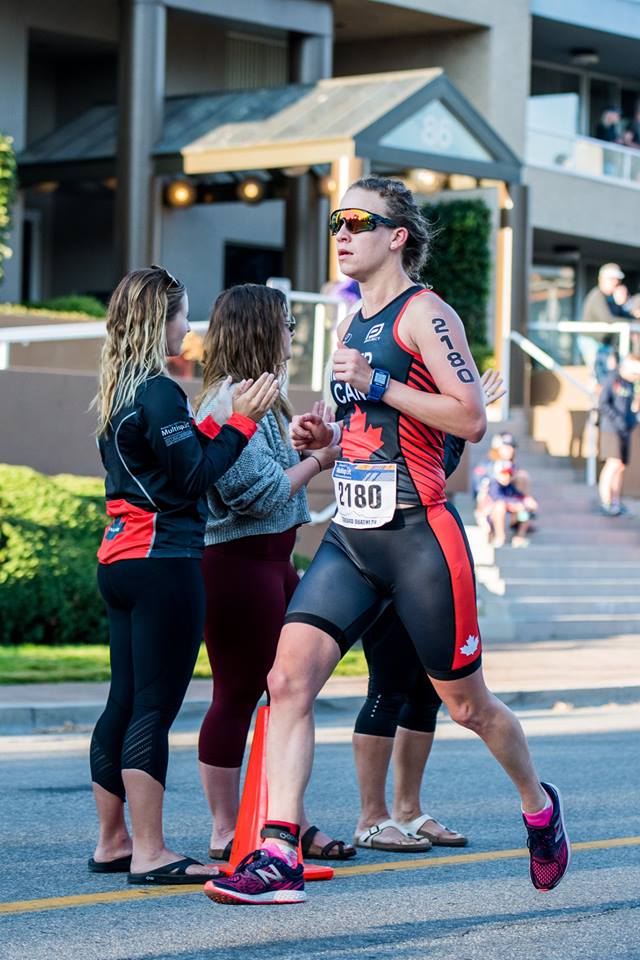 At one point, there was a girl behind me from the US and I wasn’t sure if she was a competitor or not, but a deep part of me just wanted her to pass me. This is NOT how I operate. 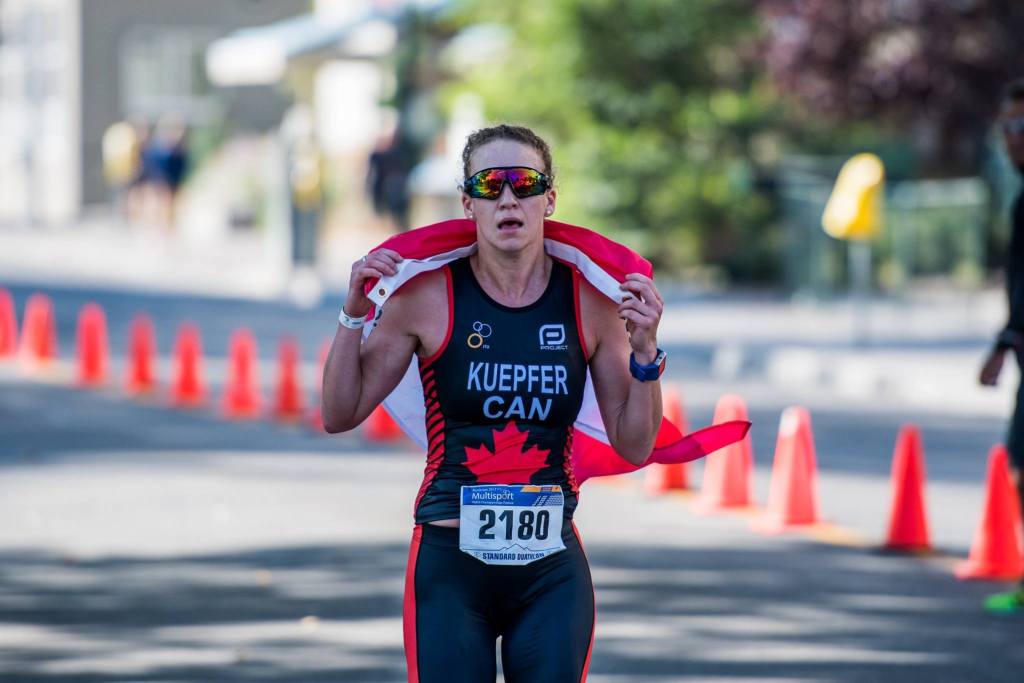 Do I sound down about my race? I actually am not. I am indifferent. I can honestly say I had nothing more than what I gave on Monday and I can live with that. I didn’t give up. I worked hard. I still came fourth and I have all the confidence that if I had made this a goal race, trained for a duathlon and came in fresh that I could have podiumed. But this is the world championships. I am not supposed to be able to phone it in and podium and for that, I am completely fine with.

The main point I want to make about this is that sometimes your body just tells you to stop. Sometimes your season ends because of an injury. Other times, you lose that fire and I am taking that very seriously because I am not going to test the limits of burn out. I knew this wasn’t a goal race but I had some tentative competitive fall races lined up and after this race, I am stripping them off the calendar. I left everything I had out there on that ironman course and I am proud of it.

I have two remaining races this year that involve working as a team which will be a completely different head space than trying to rip fast times on the road. If there is someone else counting on me, I will bring the fire. But I am not going to try and test out my fitness in anything this fall. I am just going to focus on playing, maybe volunteering at some races and refreshing so I can come back strong next year.

Now if you excuse me, I am off to climb a mountain and chase it with some BC craft beers. 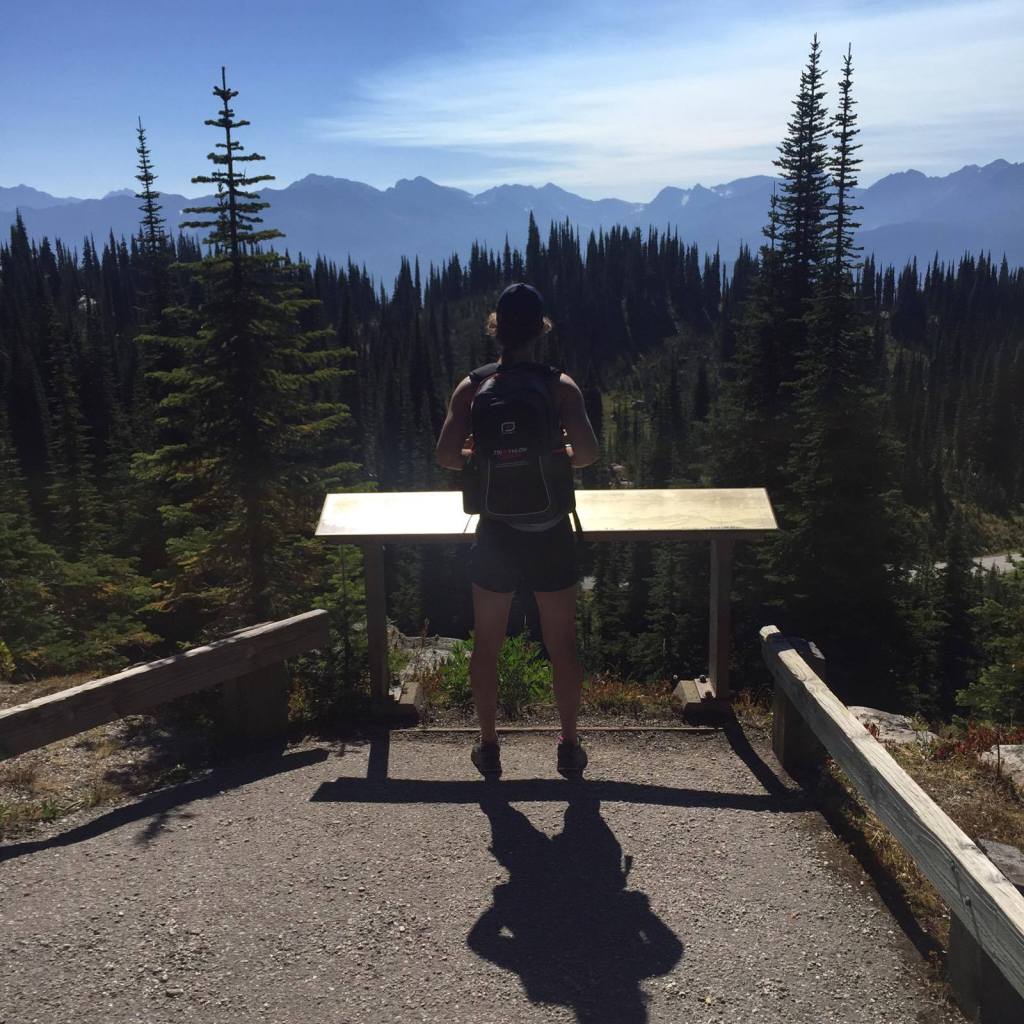