It’s FRIDAY! And it also is time to do another half IRONMAN update. The Genuine Health IRONMAN 70.3 team (Todd, Clare and Mark and I) have been busily prepping for the Muskoka 70.3 in July. This week, we all recieved our training badges: 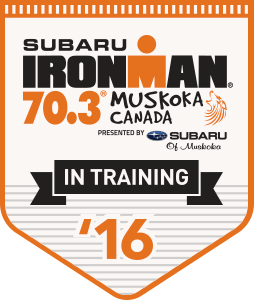 It somehow makes it that much more real! So how is training going for everyone?

I’ve written this post as a series of 5-word stanzas: (Editors Note – Todd is a Creative Director for his day job…) The first: Keepin’ up with the Joneses – origin unknown (seriously, if you know please tell me).

After feeling like I was falling behind my comrades due to travel, bad weather, and general apathy, April was an encouraging month for training.

• Swimming: If he dies, he dies – my favourite line from Rocky 4.

I’ve pretty much given up hope at getting any faster in the drink, and barring divine intervention by way of wetsuit bouyancy, I am ok with that. I continue to swim at least twice a week and feel that I can complete the 1.9K needed without burning myself out. If I get kicked in the head and need to doggy paddle, so be it. Accepting what you can’t control is a key tool in the triathlete’s kit (or so I’m told).

• Biking: “We need some really big rings” – as sung naively by Drake in “Big Rings”.

To continue to be perceived as a “good son”, I make an effort to go and see my parents in Niagara on a regular basis. I also hadn’t completed a hard cycle outside since November, so I figured why not combine these two pursuits and bike there mid-April? After guide running a tempo effort on the Saturday morning, I took off on my bike for the 115K trip to Niagara. 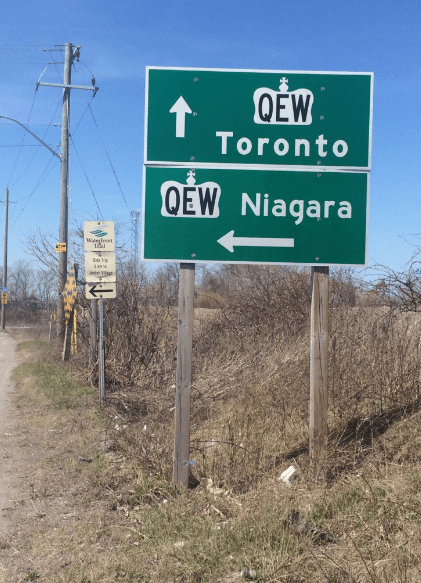 I then did a loop of the Escarpment on Sunday with a friend before riding back in order to get to the 100 mile milestone. My grandma had given me freshly-baked date squares that I felt compelled to burn off, so I concluded the weekend with a 10k brick run after getting back to Toronto. All told, it was a 2-day total of 275K on the bike and 25K running, which I think got me back on track. The insight? Apart from a hilarious sunburn (the weather was gorgeous and I didn’t plan ahead), I performed an experiment of alternating each day between the ‘big ring’, and the ‘small ring’ on my bike. I concluded I am much more comfortable in the small ring with a higher cadence and will ride that in Muskoka. So it also appears that Drake is misinformed with regards to ring size. Otherwise, I’ve started biking to work again and am trying to get out for an hour or two every week.

April was a fun month of running with others.

It started with the exhilaration of leading for a lap at the Elmira Pancake Mile, and concluded with an ever-so-gratifying day guiding two visually impaired runners in the rain at the Toronto Marathon. 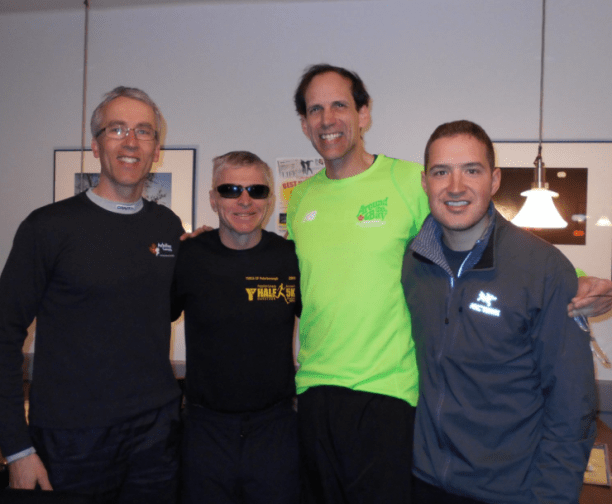 In the middle was a morning where Clare and I met Latte (Editors note: me) at 5am along the waterfront for a 6×1 mile workout where we nailed our paces. It also included a snipe of an Ottawa Strava 4km CR I’ve been eyeing for a while, which came at the tail end of a long run with my lovely girlfriend and her friend who are training for the Ottawa Race Weekend. 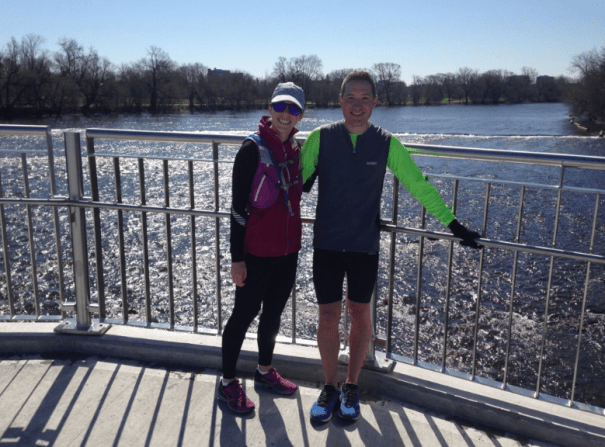 All told, volume has stayed relatively controlled, but the quality of my workouts has been good, and I’m looking forward to testing it out at the Sporting Life 10K this weekend.

In all seriousness, I’ve been attending the Academy of Lions CommUNITY classes since January, and I credit them more than anything for improving my strength, agility, and comfort level running at faster speeds. If you’re in Toronto, they are offered 5 days a week, and are run by the nicest people around. Very inclusive, and always different. Best of all, free of charge! Couldn’t recommend them more.

As for nutrition, I fear an addiction building to the Genuine Health fermented protein bars. I used them during my cycle home and between pacing efforts during the Toronto Marathon, and they are definitely going to be go-to choice on race day (I have been scheming creative ways to tape them to the top bar of my bike, but that’s a post for another day).

My training volume definitely was reduced this month as I was tapering for the Boston Marathon, then recovering from Boston and dealing with a CRAZY work load, so I was glad I had made the effort in March to increase my building a base for all three sports while I could! This month, I will be focusing back on increasing training hours but more importantly building in more intensity.
While Mark and I tapered/recovered from Boston, Todd had a great month of a number of great training days across the sports AND has been hitting AOL regularly. I will once again look to his lead and hope to increase my strength work out from 0/1 to 2/3. 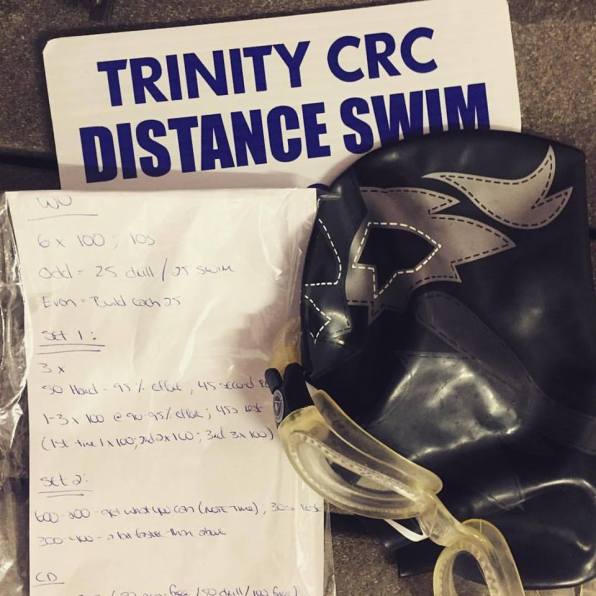 April Recap: I continued to hit my 2x weekly goal so far, and I finally feel like I am starting to make some progress. I stopped doing the endurance swims and focused solely on sprint work and I really started to feel the benefit!
May Goal: To continue to ensure I am doing some speed work in every session.

April Recap: Again this was reduced this month but I have been getting outdoors more and completed a number of rides with the guys. I do a sole ride one day where I mapped out a hilly route of ~9km which included a number of hills in and around High Park and then proceeded to do 10 laps. I took the hills relatively easy as  I was less than a week post Boston and I didn’t want to trash my legs but suddenly, it was 4 hours later and my whole body was shaking! I fuelled my ride with a gel and had a Genuine Health Fermented Peanut Butter Chocolate bar (and I would have completed another 10 laps to get another bar on that ride! They are THAT good). A key learning was that I did not take in enough fuel and will be increasing my gels and bars on my next long ride. 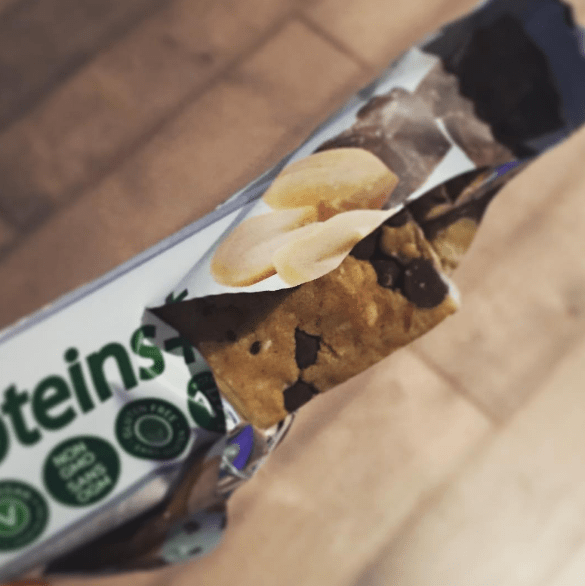 May Goal: To continue to concentrate on hills and try to get in at least two 2+ hour rides a week. 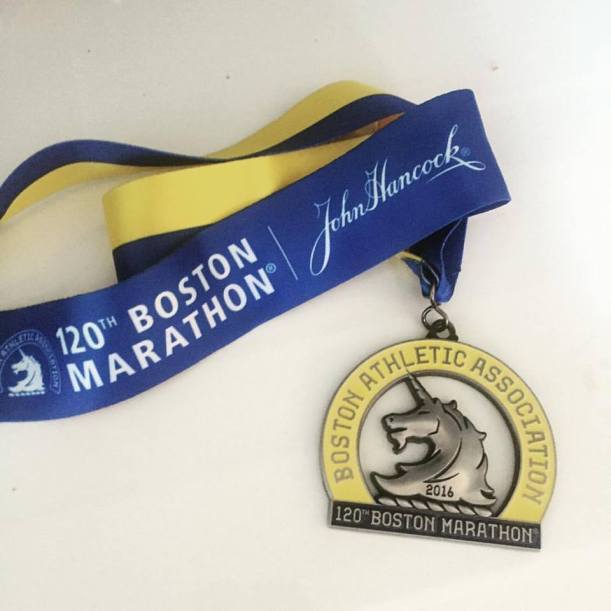 April Recap: My April goal was to enjoy running Boston and while I did complete the marathon, I did not enjoy it and feel like I let myself down. When I crossed the line, I felt that others, those who just narrowly missed out in participating this year and who would have performed better than I did on the day should have been there and I took their place (like Lawless, my partner). I wasn’t in the best condition going into the race . I had only one 30 KM run and one month of speed work in my training leading up to the race.

I knew it was going to be difficult and that I would have to grind it out but I have been there before and have done it (double stress fracture in pelvis in Chicago, sprained ankle in Tokyo) (EDITORS NOTE: not recommended).  I don’t know what happened to me this year. It could have been the hour nap in the sun while waiting in the athletes village before the race, or maybe my nutrition was way off, or maybe I went into the race with too much work and training load and I was just tired but whatever was the case, I didn’t show the marathon enough respect and by 10km I knew it was going to be a LONG day.

By 16 km, I was walking through the water stations and by 30 km I was walking as much as I was running. It was one of the most humbling experiences in my running career and the memory of the race will haunt me for a long time. A silver lining is that the rest of the weekend was AMAZING and the people of Boston are just CRAZY (in the best way possible).

As usual, Lawless was there in full support mode and managed to squeeze in a killer 18:44 minute 5 km while Mark and I stood proudly by cheering him on! Genuine Health is doing nothing to help me with my chocolate peanut butter addition! Besides the AMAZING bars mentioned above, I have been having daily smoothies using the Proteins+ Chocolate Peanut Butter protein powder (with extra peanut butter of course…) however Todd has been raving about how good he feels from using the Greens+ range so I am going to start incorporating them into my plan this month as I kick up the intensity! Let’s go May!! April was an unusual month for me. I spent quite a bit of time travelling with some amazing trips to San Francisco, Boston and to Mexico. I ran the Boston Marathon which was my main focus in training and tapering for April. Now that it has past and I have officially celebrated, I am excited to start ramping up my training in May!

I have only had a few pool sessions as I was focusing on the marathon which was taking the bulk of my attention. Now that I have completed the race, I am just getting back into the swing of things. I am going to have to do a bit of a crash course to ensure that I am ready for the IRONMAN 70.3 but I am fortunate to be able to swim regularly with Todd and Clare. My overall goal is to get in 2 or 3 swims a week to improve my endurance as my overall swim speed is still strong.

With the marathon and the two weeks of travel taking up most of the month, I didn’t get regular long rides in but I was able to do a few. This coming month, I am planning on getting out three times a week for a long ride and two tempo rides. Running was my main focus for April was the Boston Marathon. Unfortunately, I was not able to prep as effectively as I was hoping for due to some injuries over the winter, so the heat was certainly a factor in the second half of the race. I do not enjoy running in the heat.

I still had an outstanding experience as the crowds are incredible.

Leading up to the marathon, I did some gorgeous runs in San Francisco the week prior which may not have been the best taper, but it was worth it in terms of the views! 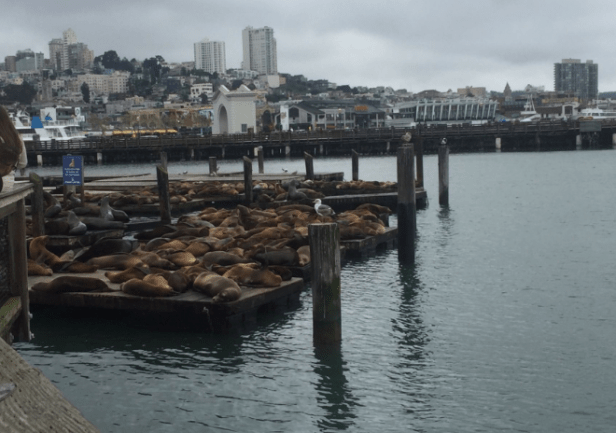 Looking to the next month, I am planning on working on hill training and increasing tempo runs as I believe they will be my keys to success on the Muskoka course. Running is my strongest disciple so I will continue to put a concentrated focus on swimming and cycling.

I am planning on participating in a Sprint or Olympic distance triathlon in June as a warm up to the race. I am also doing a combination of bouldering and strength training to keep my overall strength up.

Nutrition wise, I am using greens + to help fight inflammation and Genuine Health protein in my post-workout smoothies to help with recovery.

Check back next month for an update on the Genuine Health IRONMAN 70.3 team but in the meantime, if you have questions for any of the athletes, leave them below.